Well, it’s not exactly in the middle of nowhere, but compared to the capital’s busy Ginza district where the tram used to run, rural Saitama just north of Tokyo must at least seem like the back of beyond.

The tram in question was in operation from 1954 to1968 — there’s actually a photo of it from back in the day here. Then, after being decommissioned, it was transported to its current location where, most unusually, it was used as a kindergarten. And not just any old kindergarten either, but one connected to New Village, an intentional community that is based around shared resources, self-sufficiency and the development of each member’s individuality so long as it doesn’t infringe upon the lives of others.

Sadly, just like so many other faded, as well as already abandoned settlements in provincial Japan, New Village is slowly dying, with records showing only 8 registered inhabitants in 2018. Outside supporters and money from solar panels allow it to keep ticking over, but income from the latter is only guaranteed until next year, so the future looks decidedly bleak to say the least.

All of which helps to explain the now empty and somewhat lonely looking state of tram 7022. It stopped being used as a school way back in 1984, and apart from some much needed maintenance in the late 90s, it has sat quietly, and quite beautifully, on the edge of the village. 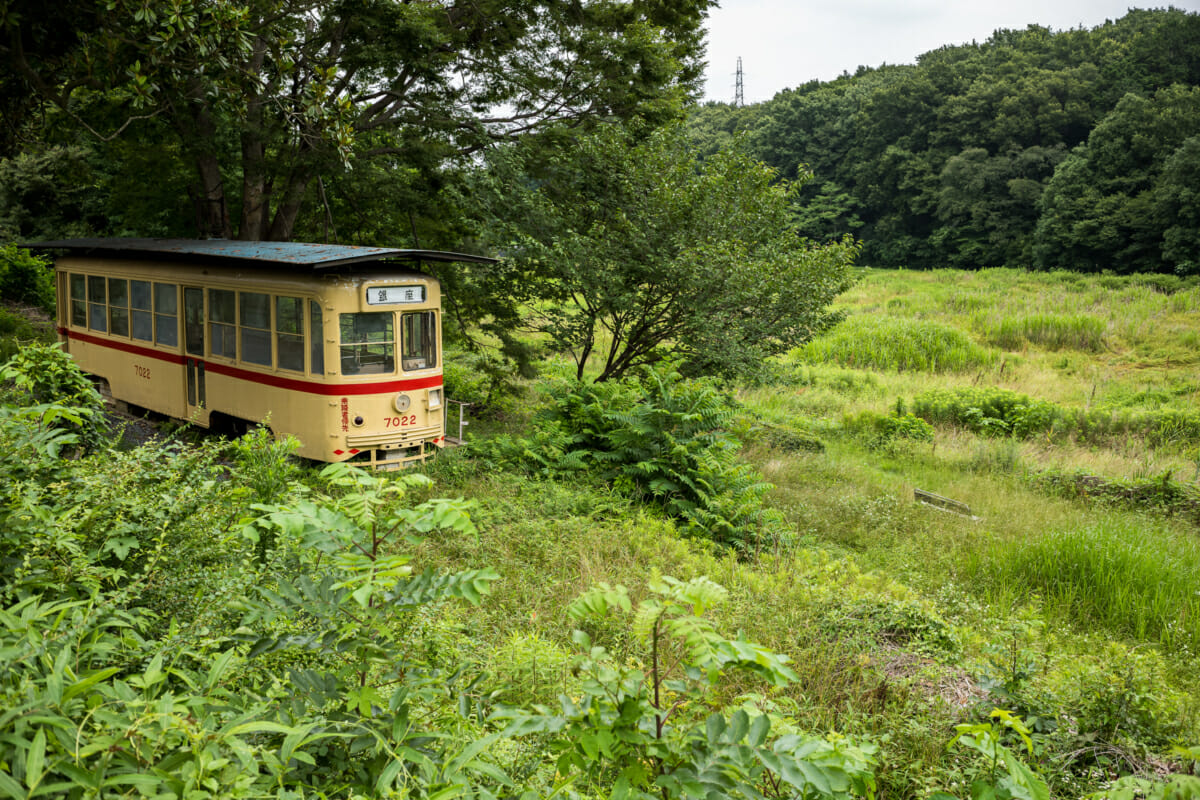