Presumably built in 1965 like the government housing buildings in the background, this concrete structure in the aptly named UFO Park was designed to celebrate unreal, and utterly unknown alien visitors.

Now, more than half a century later, it’s taped up and out of bounds because of an all too real, but sadly still not fully known invader. 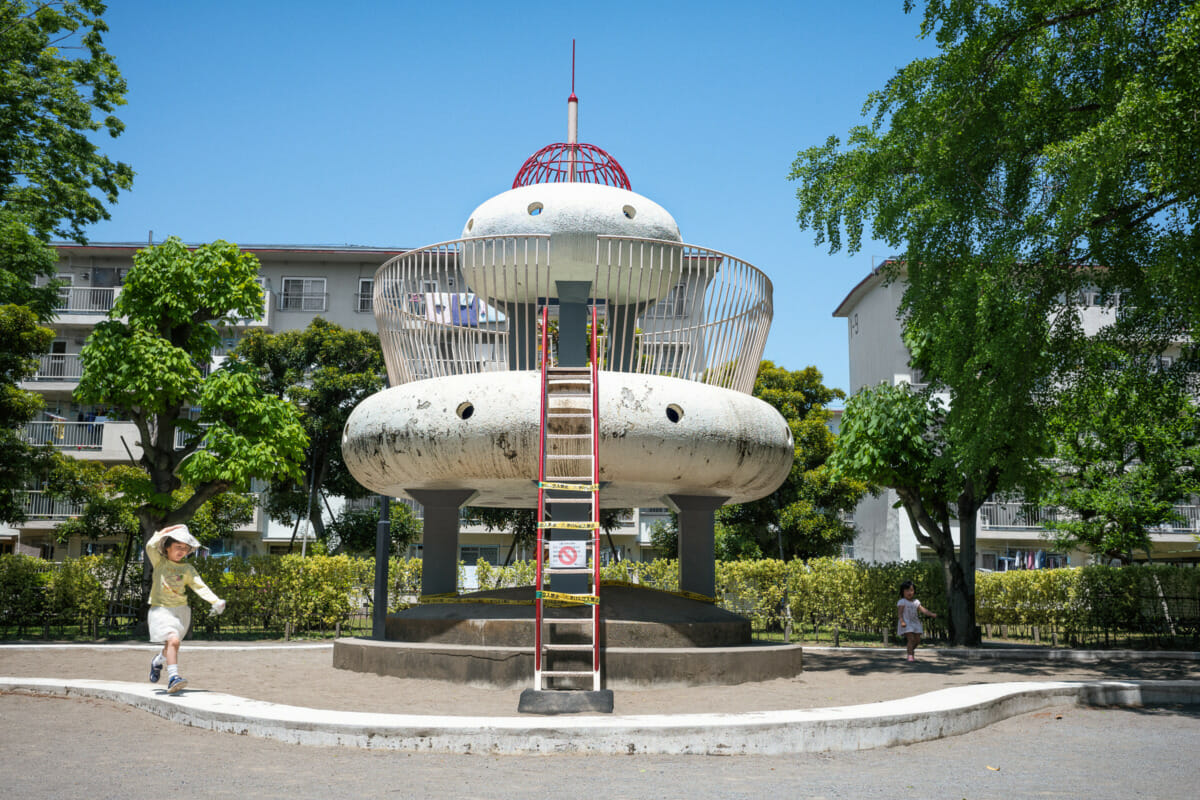