For those living in homes that lack bathing facilities, a sento (public bath house) traditionally provides the necessary washing space. A need that has understandably been declining over the years, although there are a surprising number of people who still have to use them, along with many others who simply choose to. Yet despite this, it’s nowhere near the figure required to halt continued closures, and even for those that do survive, times are increasingly tough. So tough in fact that some are occasionally being used as music venues, which helps the the sento financially, as well as providing a bit of much needed publicity. An innovative move that not only highlights the precarious position such establishments are in, but also their on-going importance in certain communities.

A sento (like the one on the left), however, isn’t the only option when it comes to a daily scrub. For those who aren’t fond of communal bathing, or simply want to save time, there are also coin-operated showers. Some of which — despite their slightly surreal nature in a supposedly ultra-modern and high-tech country — appear perfectly fine, whereas others, quite plainly, don’t. 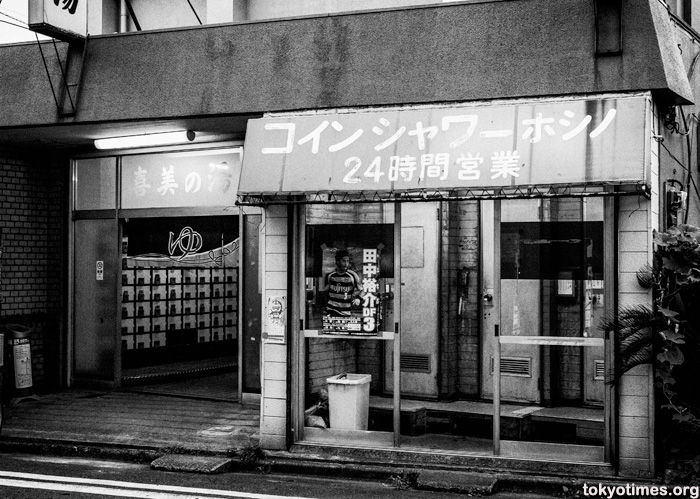