Tokyo’s trains carry all kinds of people, for all kinds of purposes, but many of those journeys are spent alone, along with lots of other solo passengers. And yet these two travelling companions, at least for a moment, looked the most lonely of all. 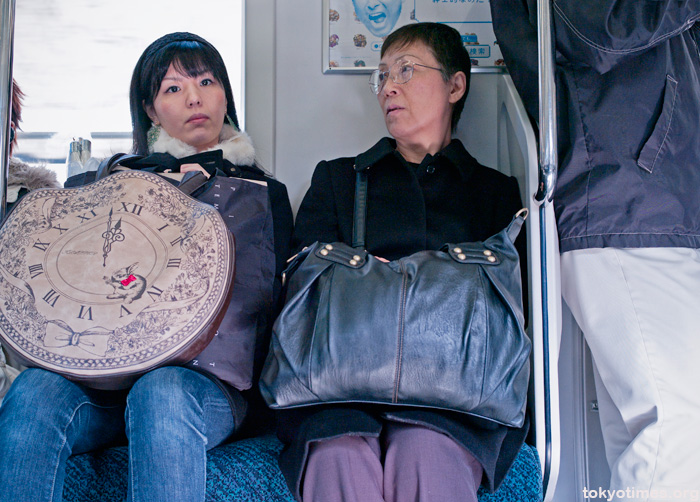