In rural Japan, ramshackle wooden structures are commonplace, but few of them are as interesting as the long-abandoned H-Clinic. 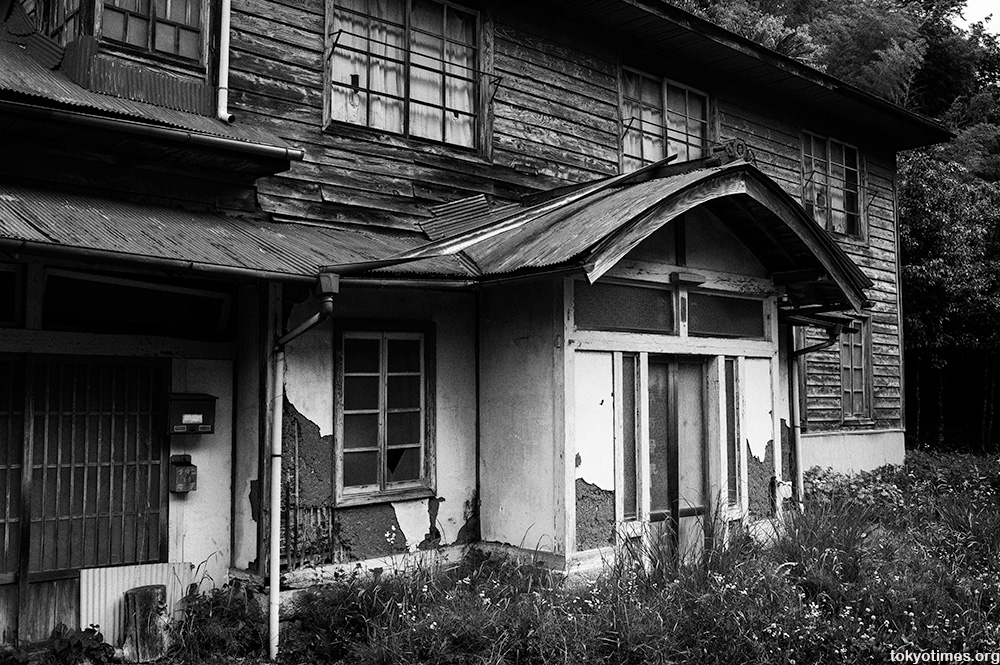 Details are relatively scarce about when it was built, but the general consensus seems to be somewhere around the end of the Taisho period, or the beginning of Showa — so probably some time in the 1920s. And walking through the building’s decaying wooden rooms really is like stepping back in time. Perhaps not quite as far back as the 20s or 30s, but most certainly the post-war era.

There are the medical concerns. 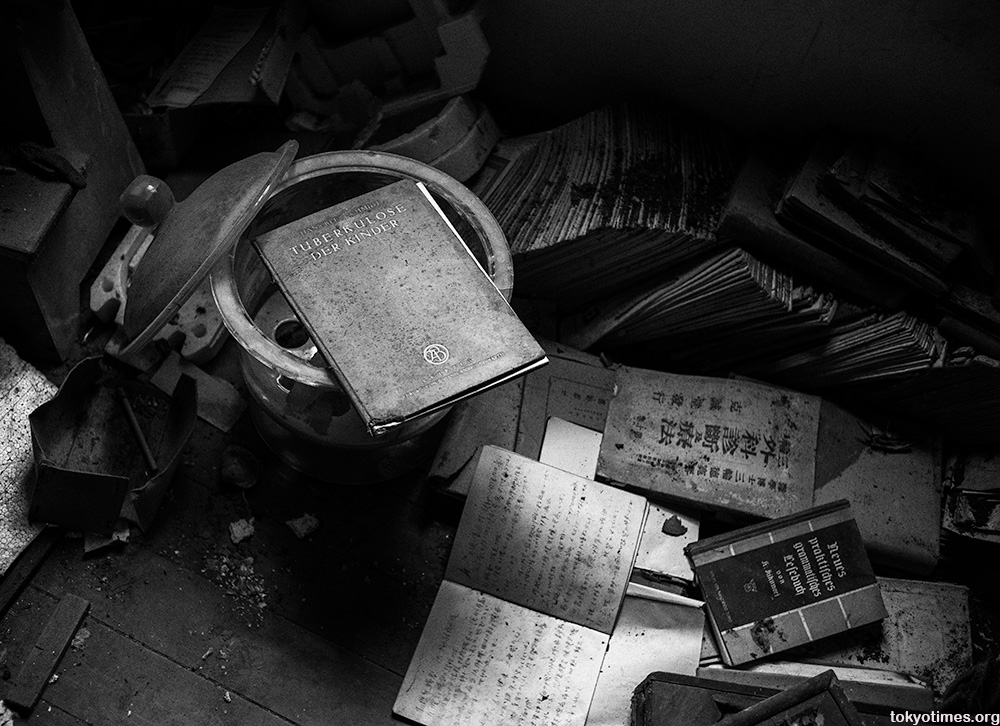 Along with the medicine and apparatus used to treat them. Some of which are fascinatingly archaic. 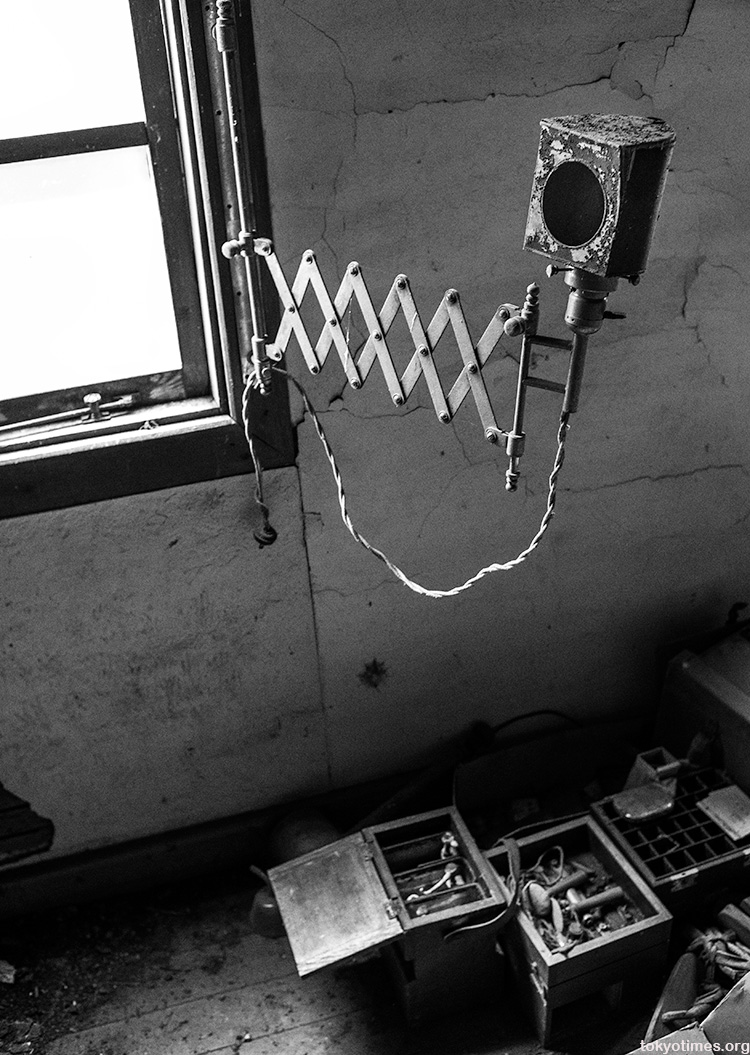 Whereas others seem more akin to a laboratory than a clinic. 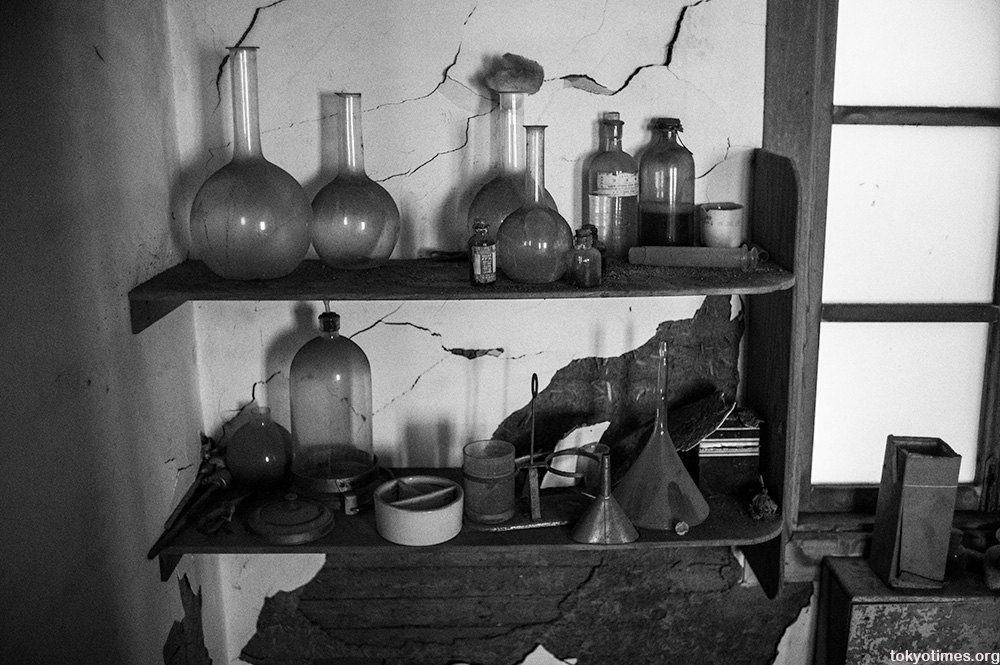 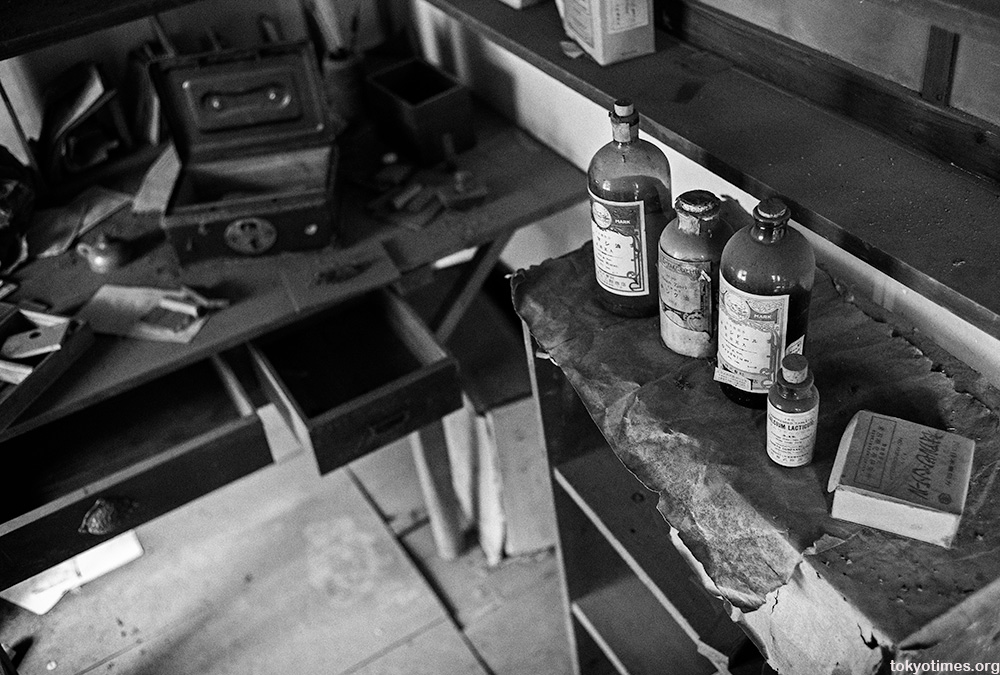 Although this photograph leaves no doubt about the building’s use, and the occupation of its owner. 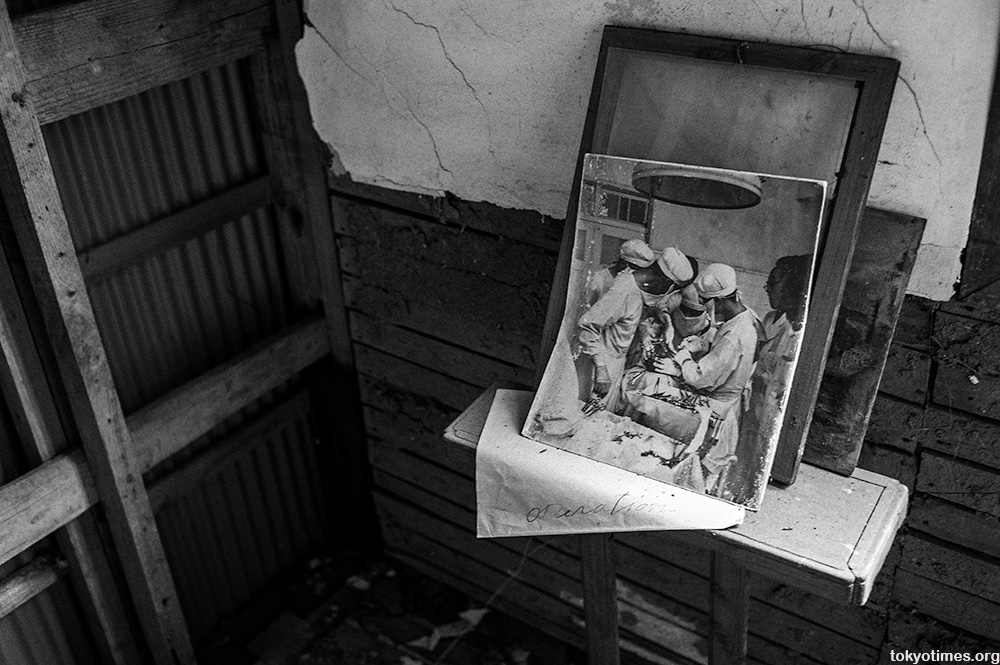 Like the structure itself, little is known about the doctor, but as well as running his own medical facility, his old business card states he also held a position at a Red Cross hospital. 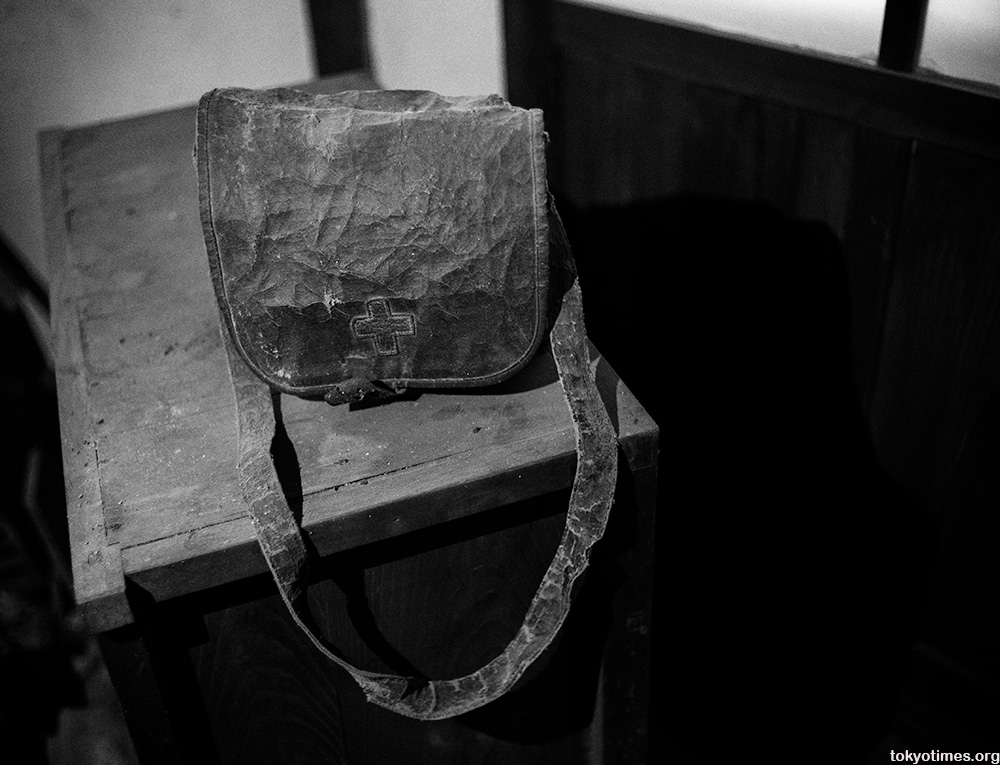 And as far as personal details go, we do know that he lived in the clinic with his wife and daughter. The deceptively large structure doubling as both a home and medical centre. 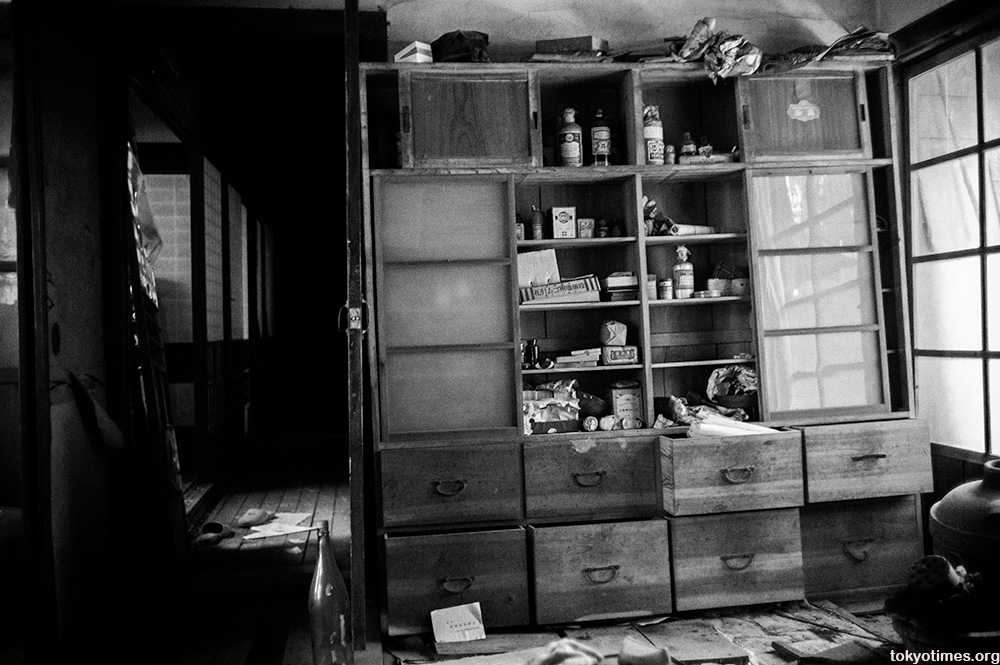 Upstairs there are now only simple, sparsely decorated bedrooms, although the way up there isn’t anywhere near as secure as it once was. 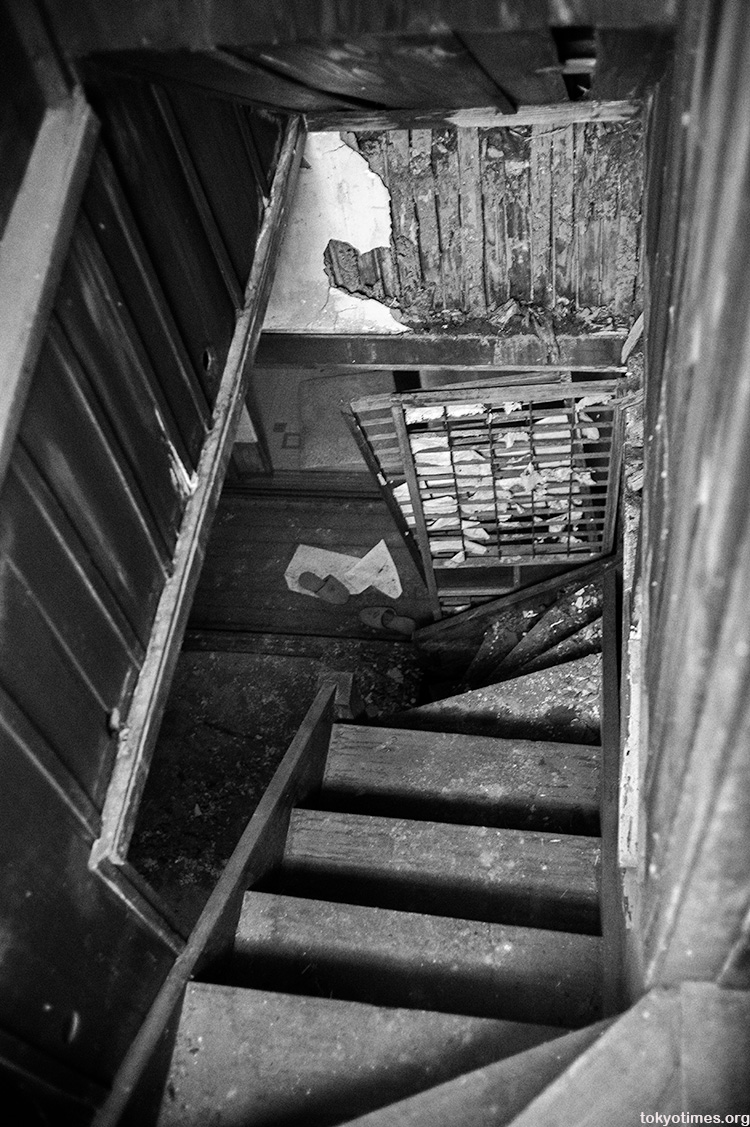 There was perhaps also a study of sorts, as there is still no shortage of books. 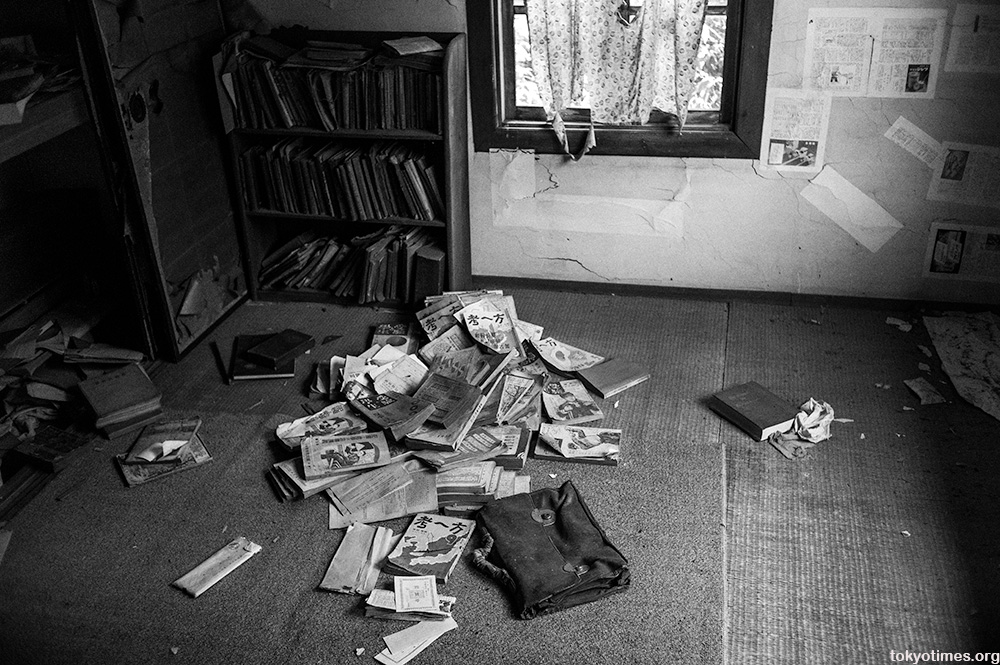 The downstairs living quarters, however, still give a real sense of how the doctor and his family lived. Decor-wise, the kitchen, like the clinic, is very dated. 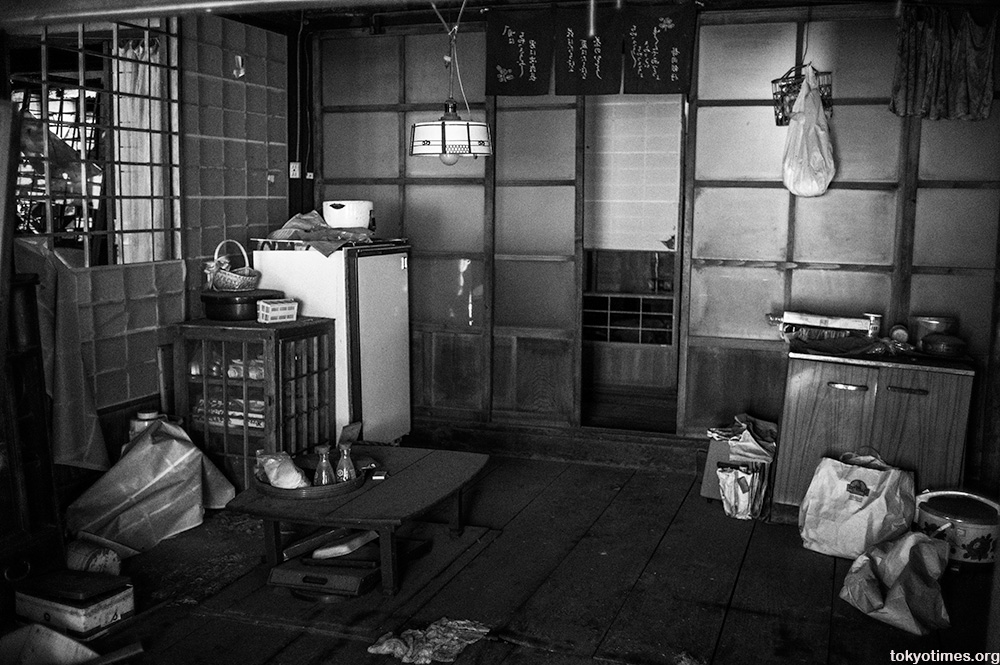 The living room on the other hand is a real mishmash of eras and design. And in this area in particular, the sense of quietness and the slow passage of time that is so much a part of exploring abandoned buildings — whether they be once opulent homes, mountain schools or whole villages — is most apparent.

No noise from the TV. 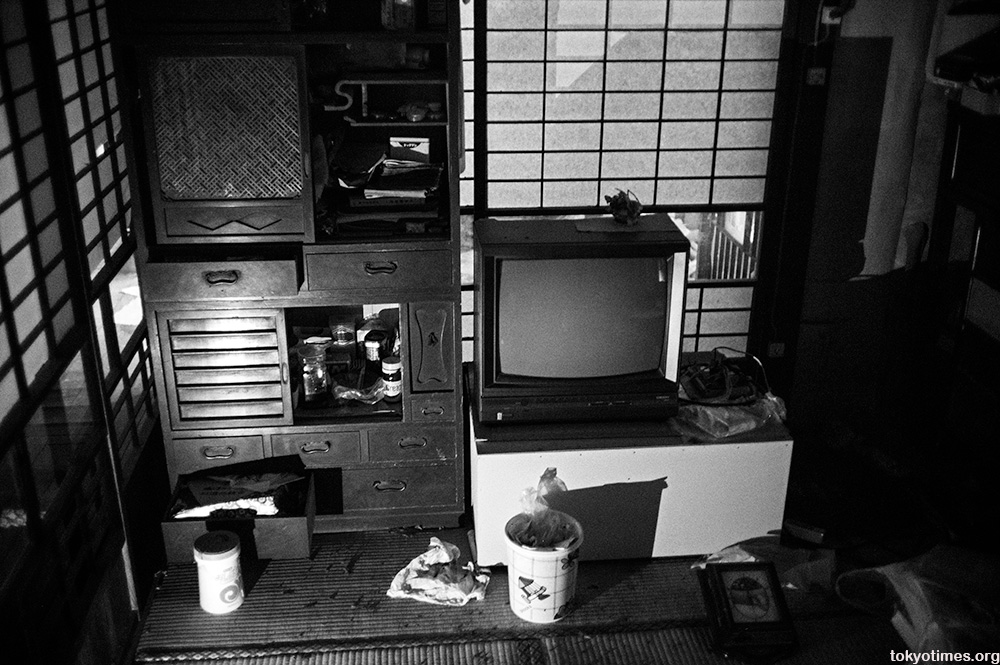 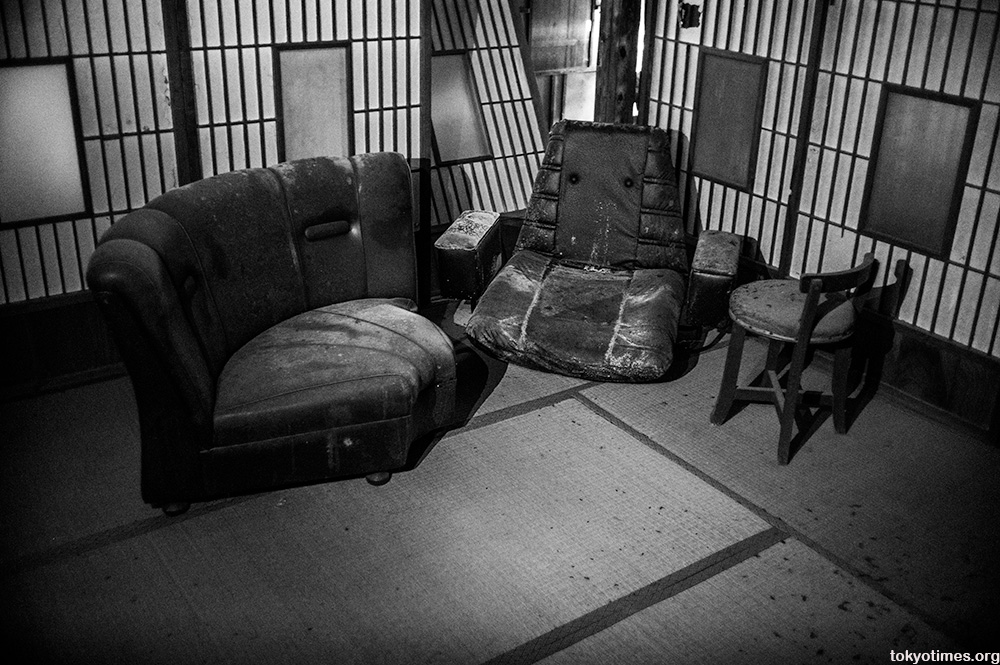 Plus like many Japanese homes, there is a butsudan, or Buddhist altar, where respects were once dutifully paid to ancestors and lost family members. 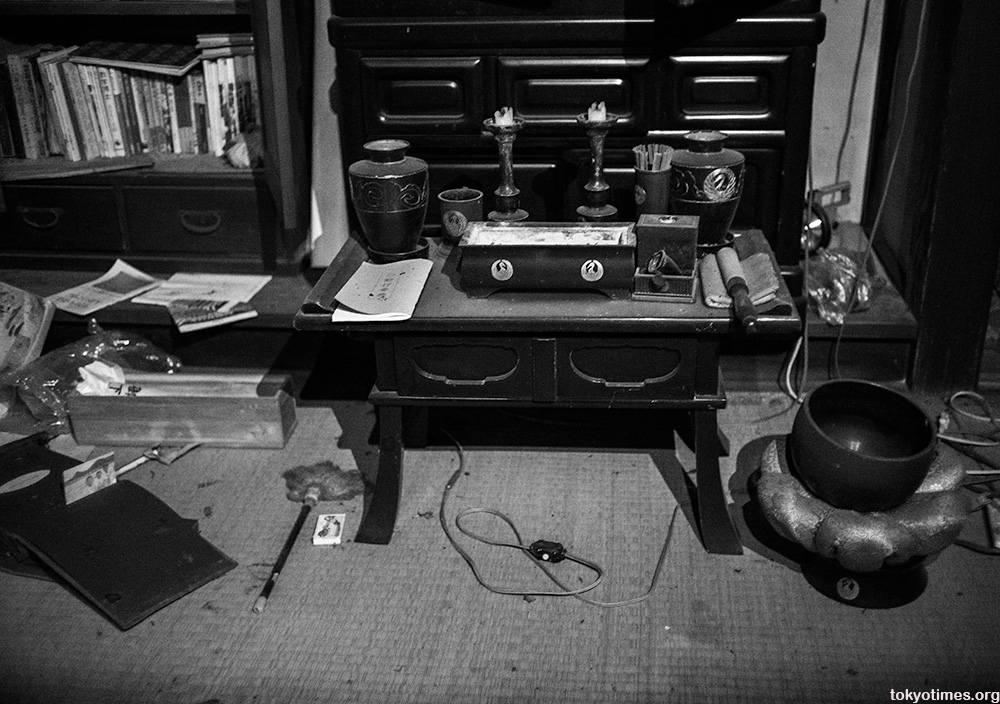 This also has further significance, as the wife was a committed devotee of Soka Gakkai, a lay Buddhist group with huge political and financial clout. The certificate on the wall offering gratitude for efforts in spreading the word, and the portraits are of the current president, and founder of Soka Gakkai International, Daisaku Ikeda. 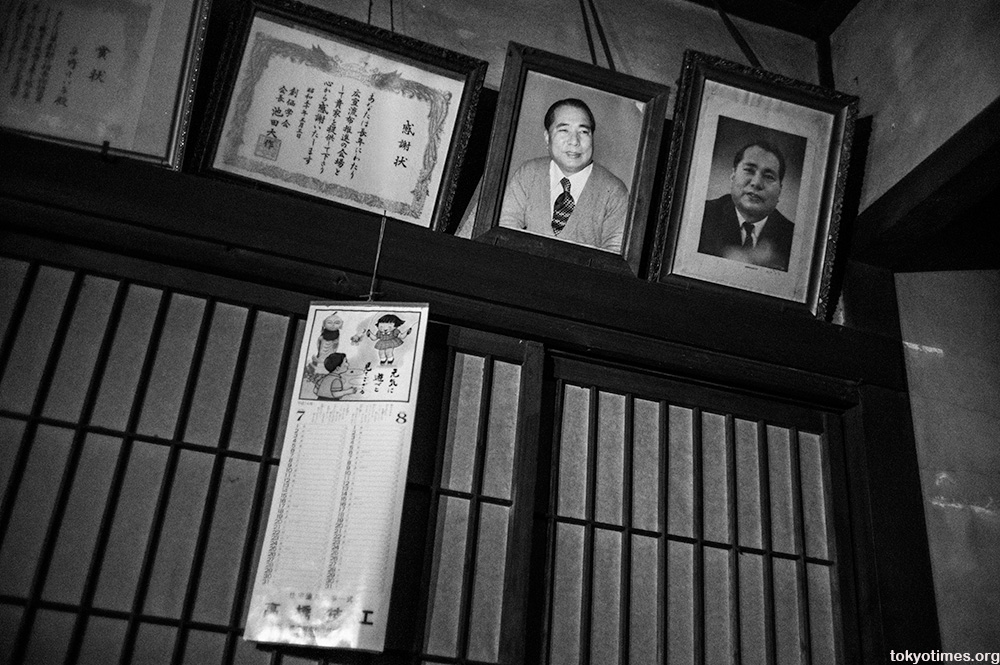 Interestingly, in the same photograph, the calendar on display is from 2002. A surprisingly recent date considering the distinctly rundown nature of the building. Other, slightly contradictory reports, have suggested that the old lady and her daughter lived there until about 20 years ago, but even then it’s still hard to imagine someone being resident in the mid 1990s.

What is for sure, however, is that nobody lives in the clinic now, and the building is slowly going the way of its former owners, and indeed all other things. 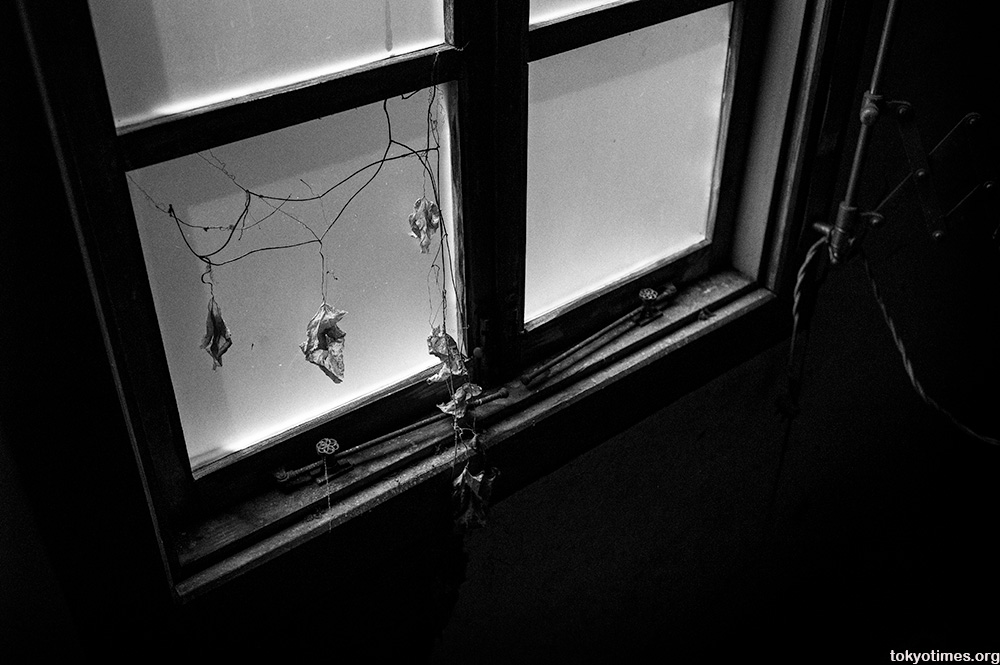