Almost every year it seems, the very scientific ‘which nation is getting its nuptials the most’ survey has Japan firmly rooted to the bottom, with apparently only a rare bit of rumpy-pumpy going on between the country’s clearly not bothered about it couples.

Yet that said, a lot of the respondents must be either lying due to the topic being a bit delicate, or because they are at it with other people’s partners, as despite the current financial crisis, Japan’s love hotels are, so to speak, one of the few areas seeing any substantial growth.

Not that such success comes easy of course, and with many areas having a positive plethora of such places, it’s perhaps inevitable that one or two spots are likely to suffer some very hard times indeed. Like the not so aptly named Hotel Î±21 for example. 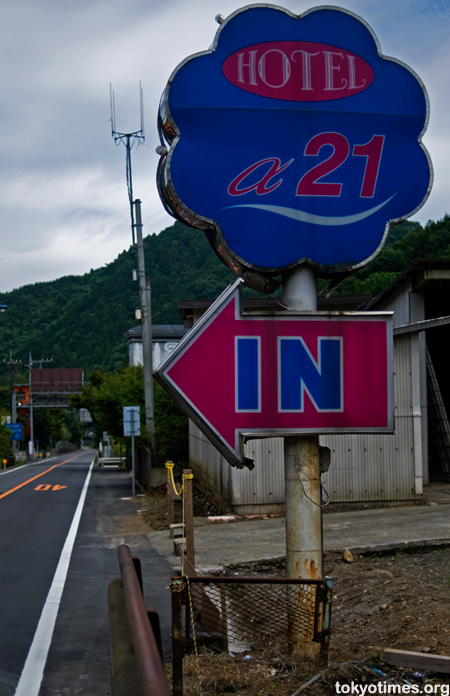 A resting place that despite its rather dated looking driveway, 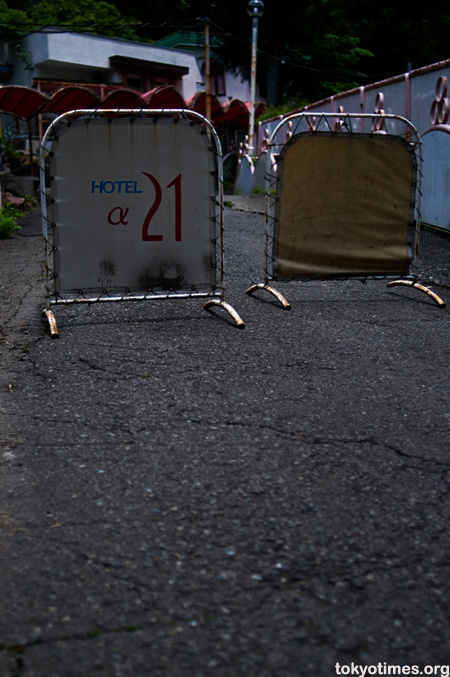 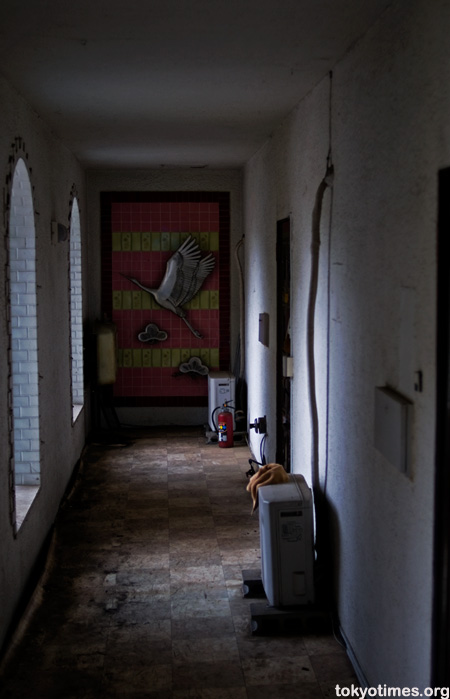 was nonetheless still open for business and promoting the Playboy channel as late as last month. 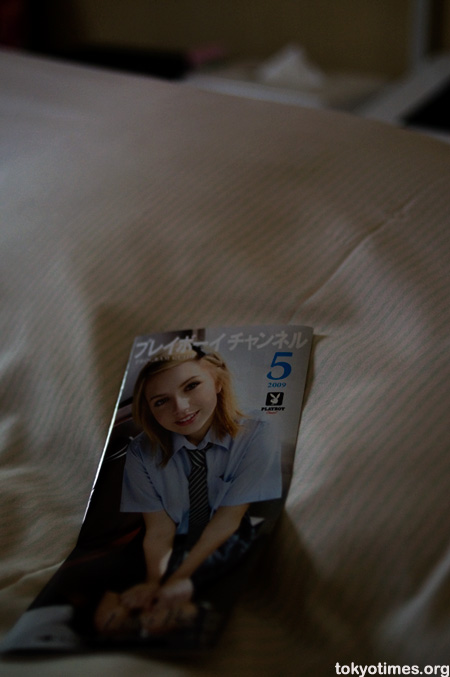 Until that is, a fire ripped through reception and a couple of the rooms. 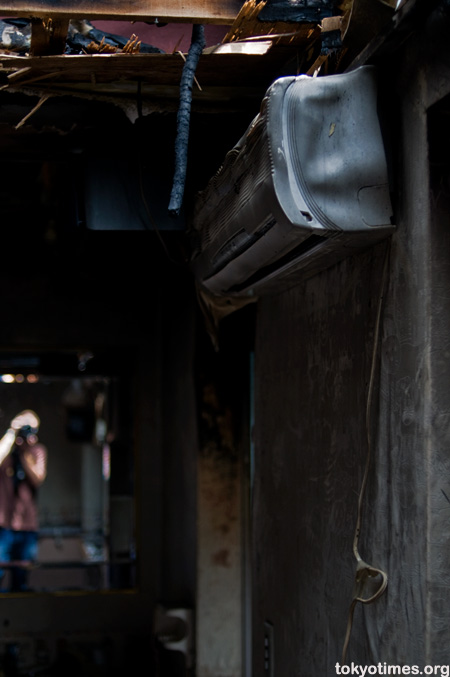 Presumably causing panic among those caught with their pants not only down, but discarded. 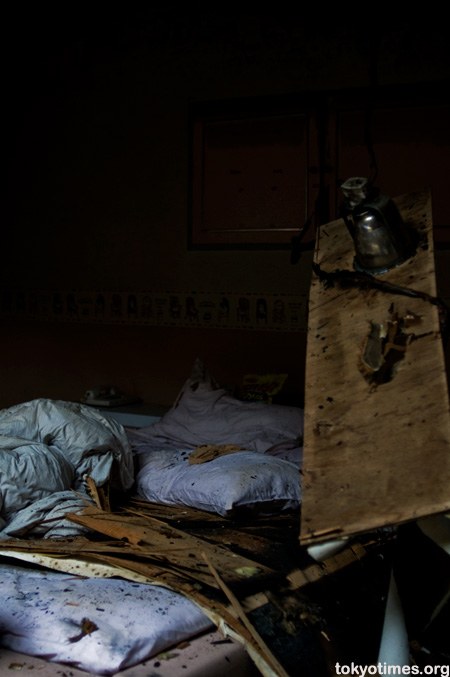 A predicament that was sadly not prevented by one of the complex’s extremely feeble-looking fire extinguisher. 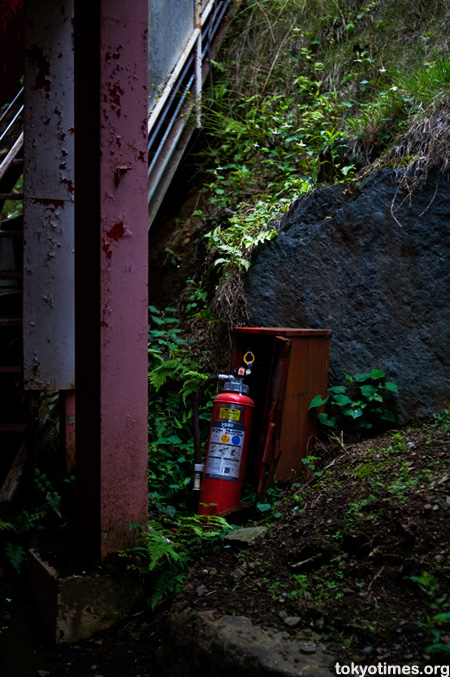 Meaning that the hotel’s remaining rooms now no longer need the green light to say go, or indeed come. 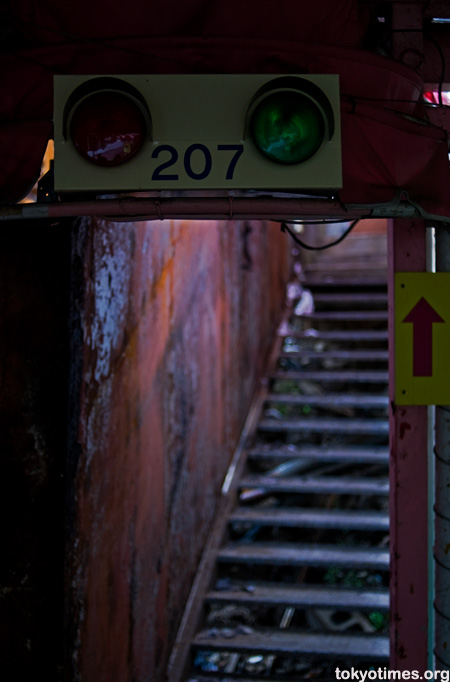 Although being so recently abandoned, the parts of the building that avoided the blaze have sadly yet to show those tell-tale signs of age, such as a vast array of vines, or more often than not, vandalism. But on the other hand, being a love hotel where privacy is understandably paramount, it does still offer some interesting light, like a canopy covered corridor for example. 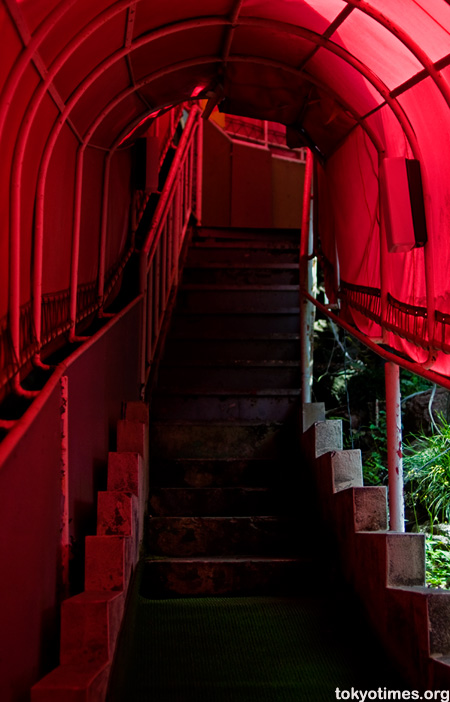 Or windows that can’t been seen through, but at the same time set a suitably saucy scene. Whether it be racy red. 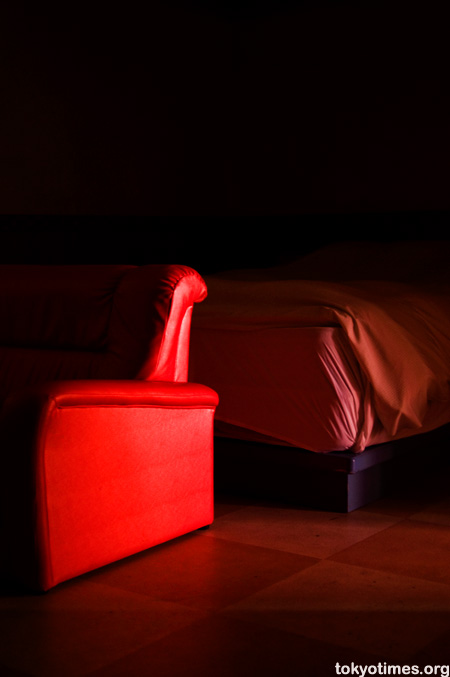 Or a bit of blue. 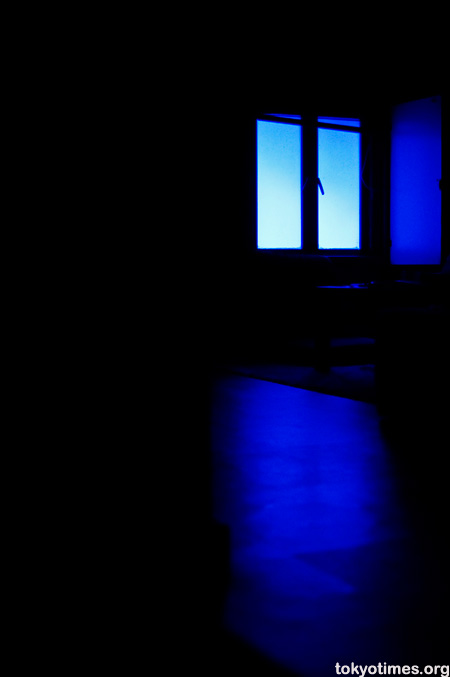 Plus, as an added bonus, from light, to the light hearted, with some phenomenally bold bathroom furniture. 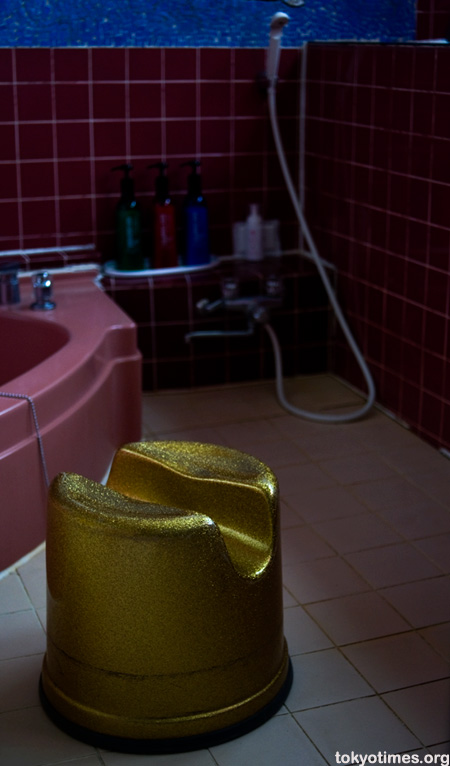 But just like all abandoned buildings, with them once being somebody’s living space or livelihood, there’s understandably a sense of sadness of sorts, which in this case is in the form of a pool table that’ll never be played on again. 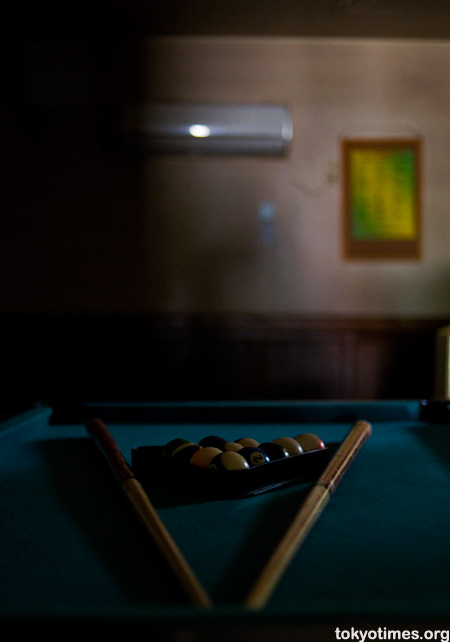 Along with a chair, complete with a neatly folded towel, that will unfortunately never see further use. 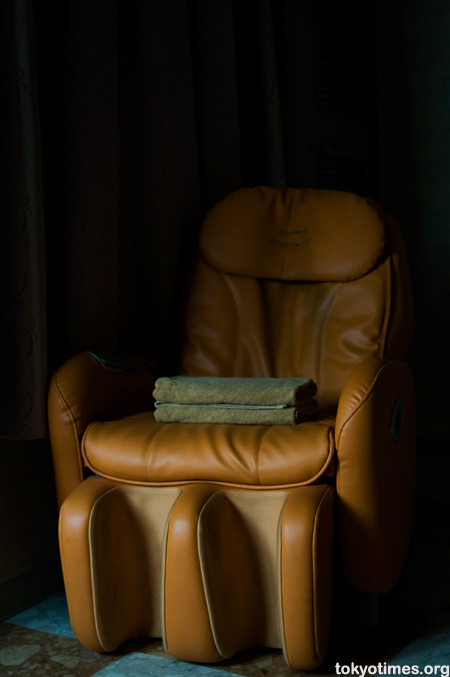