Japan’s so-called pet boom has now been booming for so long that it’s probably fair to label the Japanese as a bona fide nation of animal lovers. Or if that’s not the case, at least small dog fans, as approximately 98.7% of all pets appear to be little canines. Exactly 99.2% of which never leave the house unless properly dressed, along with the odd one or two that even wear wigs.

But now and again it is possible to see other pets out in public. Quite improbably the odd pig, and arguably even rarer, a really rather wonderful reptile. 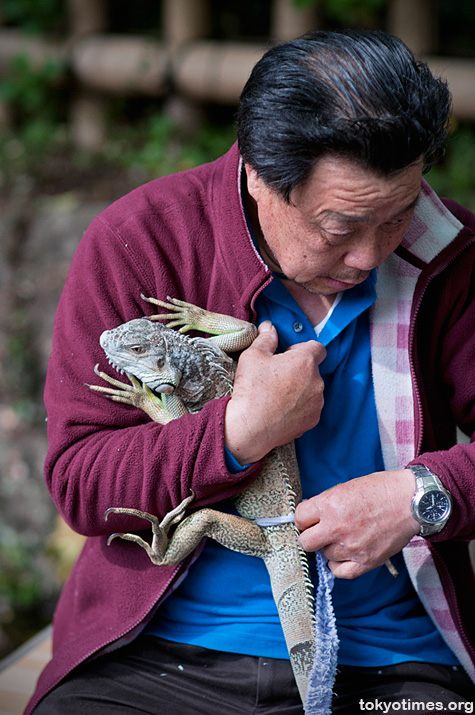 A glorious looking iguana that, despite being restrained by a silk leash of sorts, was still determined to indulge in its passion for ice cream and/or older ladies. 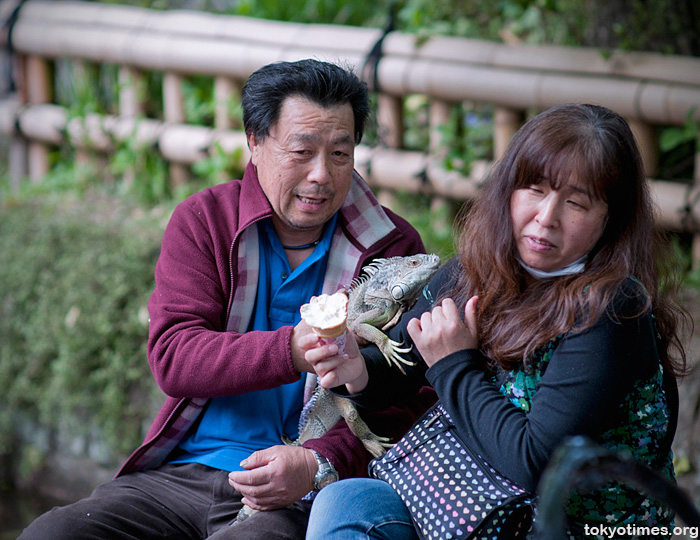