The Tokyo District Court sentenced a man and woman to 26 months in prison on Monday, the two charged with planning and taking centre stage in a fake wedding reception back in 2003; an event the couple claimed was to celebrate the marriage of Prince Arisugawa, but was instead an elaborate money-making scam that netted the not even remotely noble pair the decidedly stately sum of 12 million yen (55,000 pound) in cash gifts. 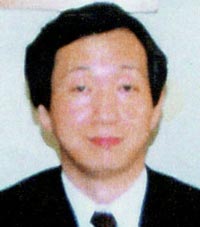 The rather pixilated but ever so slightly princely picture above is of 44-year-old Yasuyuki Kitano, who in the mid-1980’s began going by the name of Satohito Arisugawa, declaring himself a prince of this ancient royal family. But after meeting up with ‘commoner’ Harumi Sakamoto, he and his ‘bride-to-be’ hatched their royal wedding ruse, and after sending out over 2,000 invitations, they quite remarkably received over 360 guests at the event itself; including celebrities, a former Tokyo Metropolitan Assembly member and, perhaps predictably, several members of a Tokyo based rightwing organization. 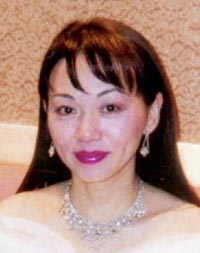 The lavish affair saw 47-year-old Sakamoto (pictured above) wear a traditional 12-layered kimono, and Kitano a full army general’s outfit; however the cost of these and countless other ‘extras’ resulted in the reception costing more than the pair received in gifts, with a court ruling stating that the ingenious yet impractical pair “still owe a part of the fees for the ceremony.”

The presiding judge quite rightly declared that Kitano and Sakamoto â€œhave been refusing to face up to their crime and are escaping from reality”, although he refused to elaborate on rumours that the royal rogues were planning an even more audacious counterfeit christening for young hisahito, the new male heir to the Japanese throne.