Four years or so ago I photographed the retro entrance to the peep show club featured below. Partly it was for posterity, as the red light district it’s a part of is rapidly disappearing, and partly it was because the sign is just so wonderfully saucy. But saucy in a seaside postcard sort of way, or in the bawdy but inoffensive fun of the Carry On films. An element that makes it something of a rarity theses days — especially so in the area it’s situated in.

Despite my fears of demolition, however, it happily still exists. So to celebrate its continued survival, and its almost landmark-like status, here’s another photo. This time in colour, which definitely has a different feel from the monochrome version of 2013. 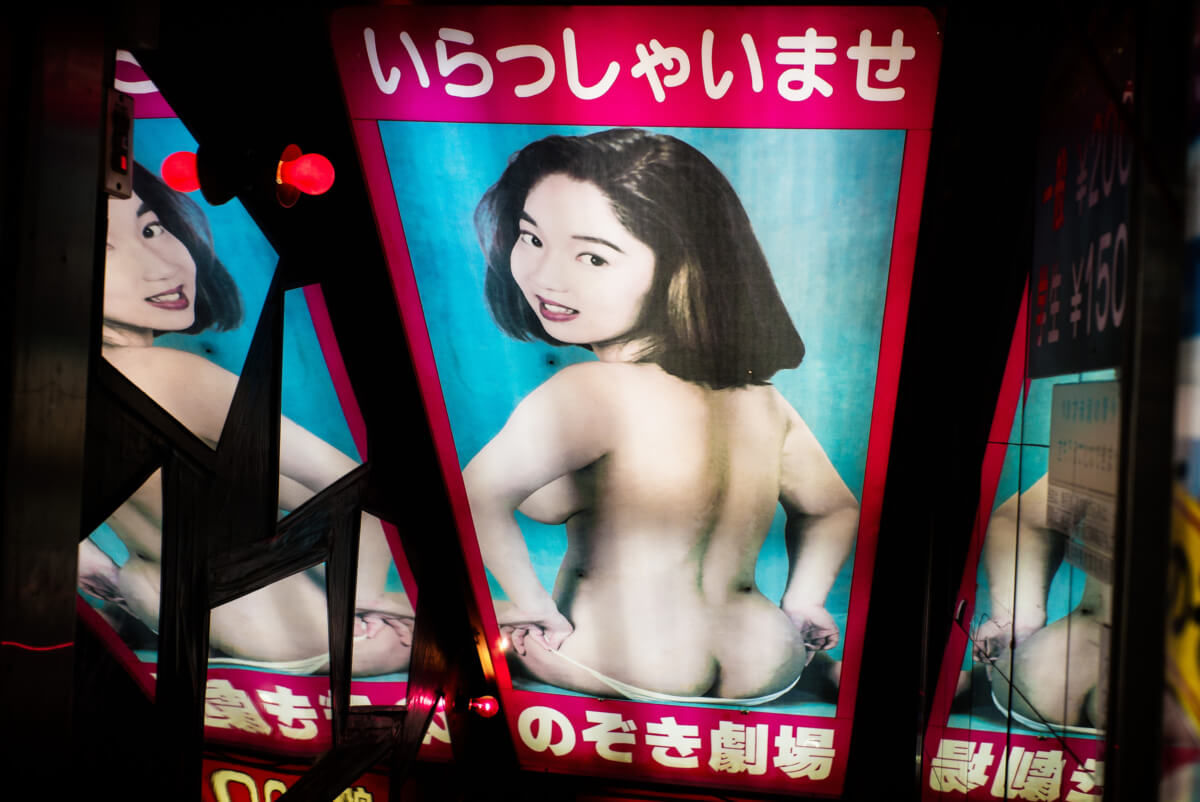