After finally declaring a state of emergency a couple of weeks ago, the Japanese government also announced a series of financial initiatives to ease the strain on those suffering economically due to the coronavirus. The exact details, and perhaps more importantly, eligibility, haven’t been fully disclosed yet, but there is already a refreshingly public campaign to include workers from Japan’s varied world of adult services, as just like so many other industries, they have seen incomes plummet. It’s a group, however, that the government seems intent on excluding, citing the involvement of organised crime and legal issues.

What the result will be remains to be seen, but one person who doesn’t have to worry anymore is the woman photographed below. A well known old school face in Shinjuku’s Kabukicho red light district, it’s probably fair to assume that not only will she have retired from the business, but she’ll have retired full stop. 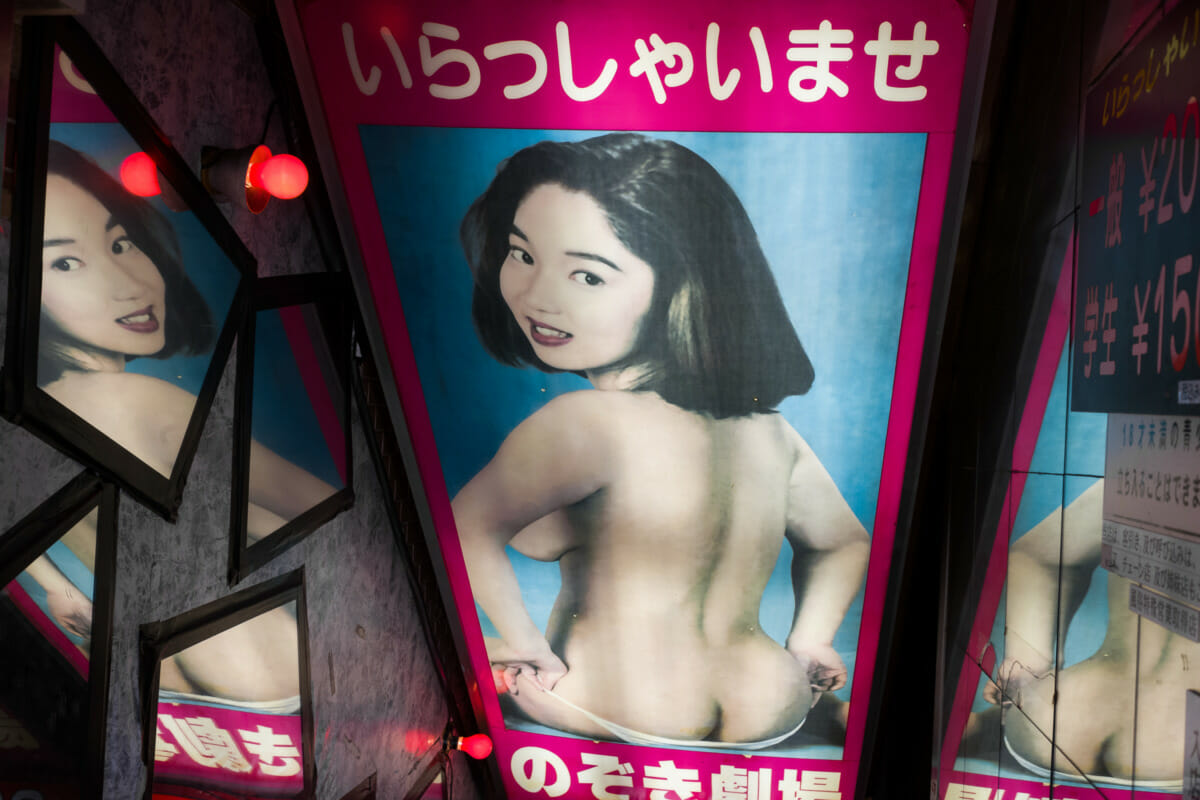