Situated as it is on the northwestern slope of Fuji-san, and next to a couple of the mountain’s famed five lakes, Aokigahara Jukai (the Sea of Trees) would be incredibly well known anyway, as its vast and volcanic rock strewn landscape make it a very unique place indeed.

However, due to the area being well documented as a place where a disturbingly large number of people go to commit suicide — 78 and 100 in 2002 and 2003 respectively — it is infamy rather than its deserved fame that the the Sea of Trees is now undoubtedly saddled with.

So it’s perhaps not surprising then that when visiting the forest, these preconceptions are incredibly difficult to shake off, with even standard road signs. 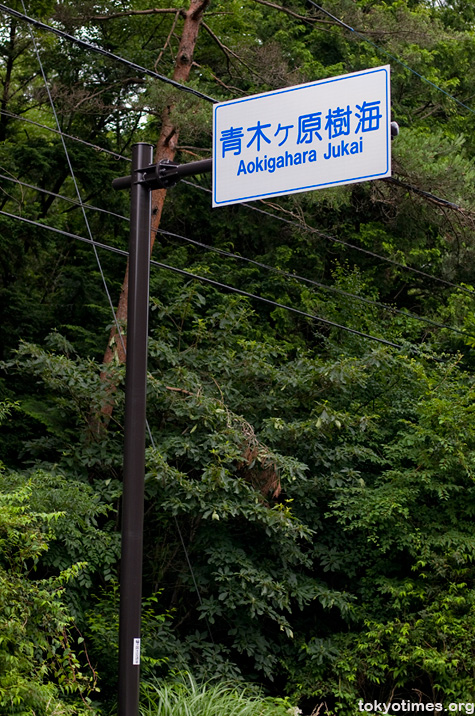 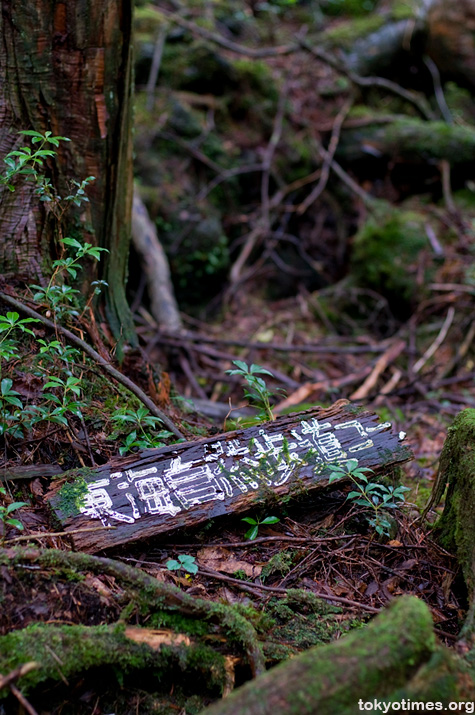 Yet when entering the area on one of the many well maintained tracks, it quickly becomes apparent that such stories aside, it is a stunningly beautiful place. Yes it’s very quiet due to a noticeable lack of birds and the like, but the colours and unusual silence create a quite incredible atmosphere. A sense, and indeed scenery, that these photos sadly do very little to recreate. 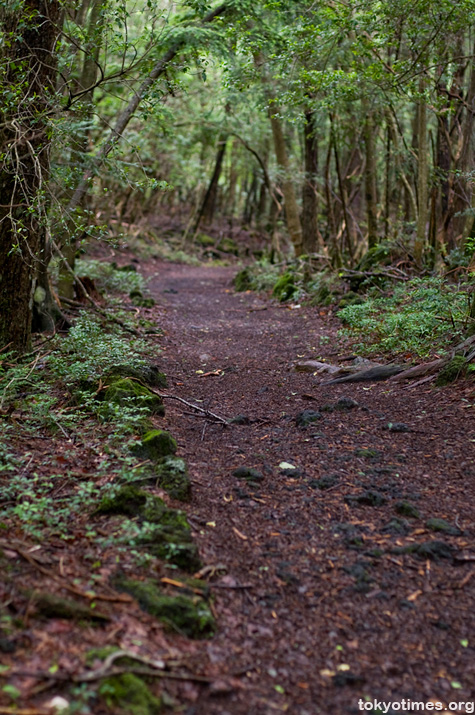 Opting to leave the trail, however, and head off into the trees and volcanic debris is without doubt a very different experience. The beauty is still there, arguably even more so, but loose rocks and damp rotting vegetation make for very difficult progress indeed. Plus all the directional changes needed to try and plot a way through mean that it’s very easy to quickly lose almost all sense of direction. 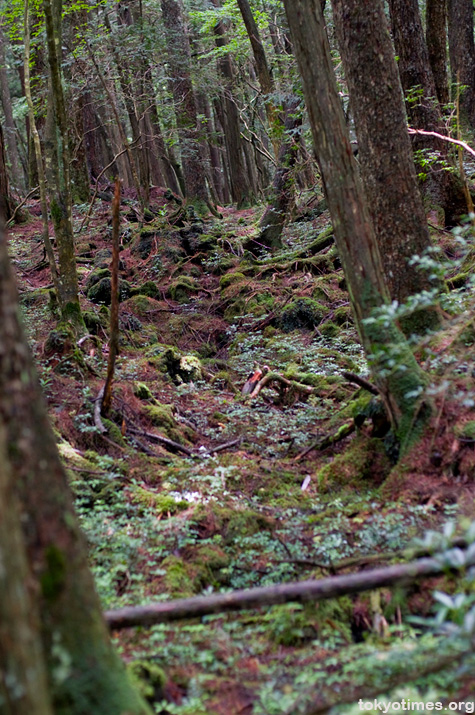 But knowing how dense the forest can be, and having heard rumours about compasses not working in there, I’d took the precaution of setting up a tracking app on my phone. Unfortunately, part way in it appeared to have stopped working, due to what I mistakenly put down to a lack of reception, leaving us to plough on regardless in the direction we thought, and increasingly hoped, was the right one.

A decision that was perfectly fine, until we came across this discarded jacket. 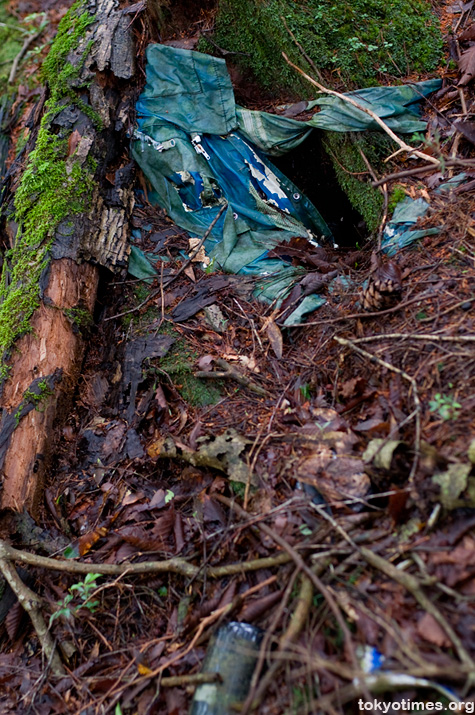 Then sometime later a whisky bottle. 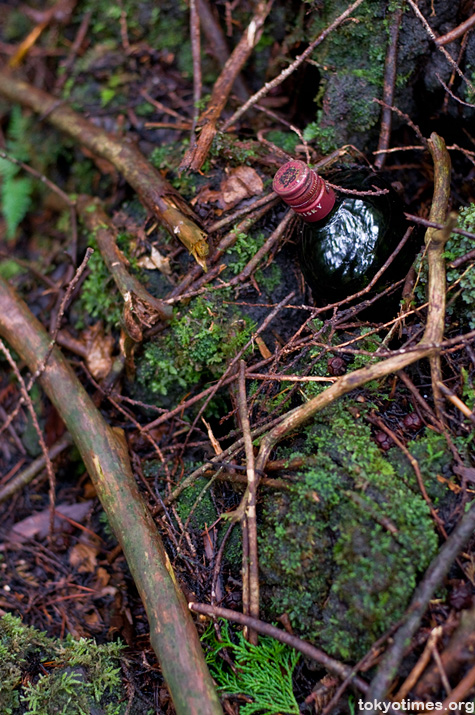 And finally a human bone. 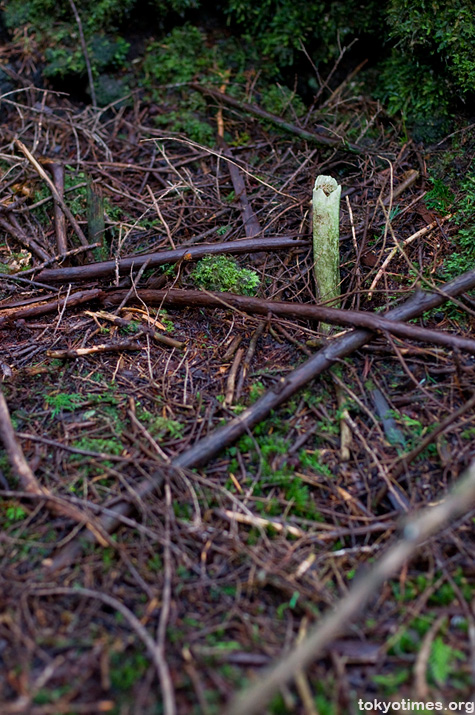 All of which, with the added worries of having almost no water left, spiders galore, and missteps sometimes causing us to sink down all the way to our knees, made the forest seem a very different place indeed. 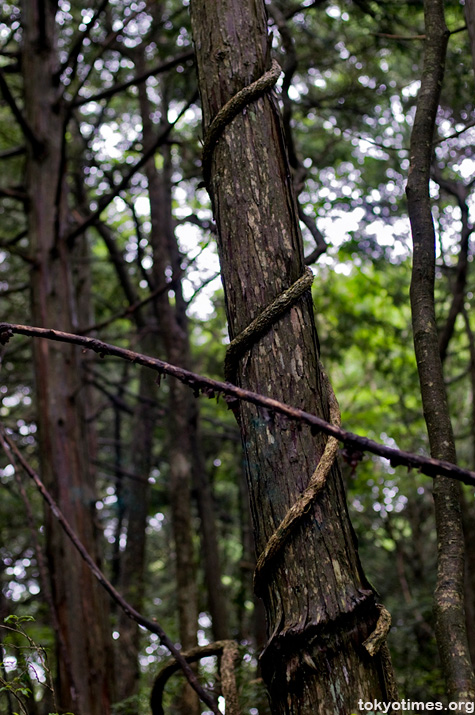 One where beauty didn’t seem to really figure anymore. Quite the opposite in fact. As what may well have been something to marvel at only a little while before, now became something to maybe even move away from. 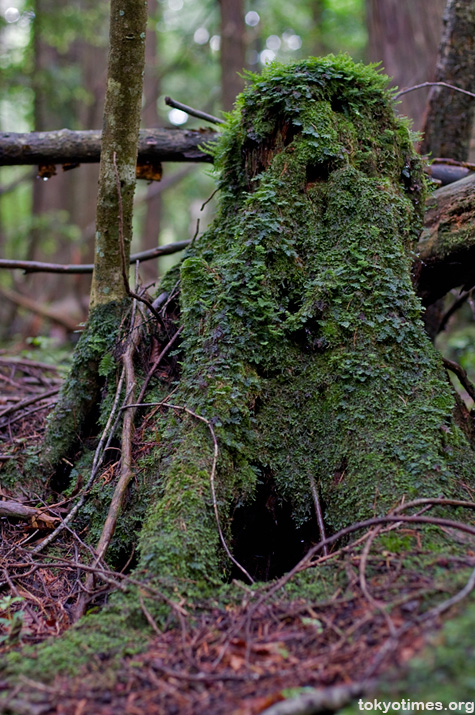 Thankfully though, things didn’t feel unpleasant for too long, as it turned out the aforementioned app was actually tracking us after all. And although a lack of water was far from ideal, we at last knew where we were going, along with the reassuring knowledge that despite the terrain, the trail we came in on really wasn’t that far away at all.

Which, all in all, made for an interesting, if a little unsettling and somber at times, few hours. And, whilst it didn’t exactly change my image of the forest in some ways, it did allow me to see it in an added new light — namely one of beauty and almost breathtaking serenity.

Finally, for anyone interested, the map of where we wandered is here: