The grey and sulphur smelling slopes of Tochigi Prefecture’s Chausudake volcano are slightly otherworldly to start with, an almost lunar-like landscape that the famous haiku poet, Basho, when describing the area around what’s known as the Killing Stone, declared that so many dead bees and moths were scattered about that the colour of the sand could not be determined.

And yet otherworldly quickly turns into wondrous when one sees the jumble of daintily-bonneted Jizo dotted amongst the debris. 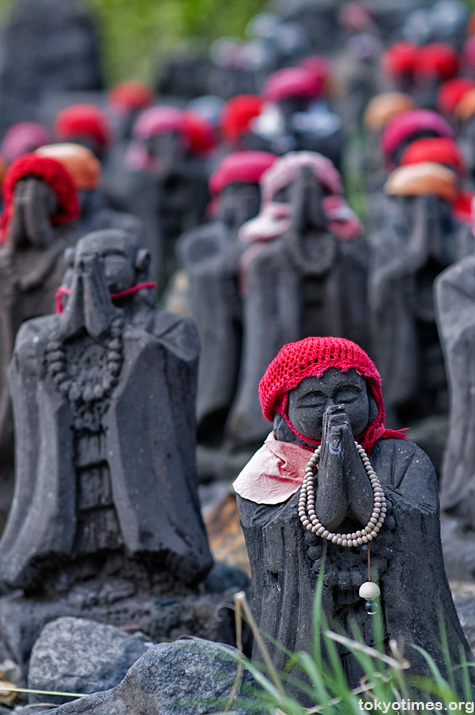 Figures that, whilst more often than not have a decidedly melancholy meaning, are here somehow transformed into a spectacle that is really rather soothing. 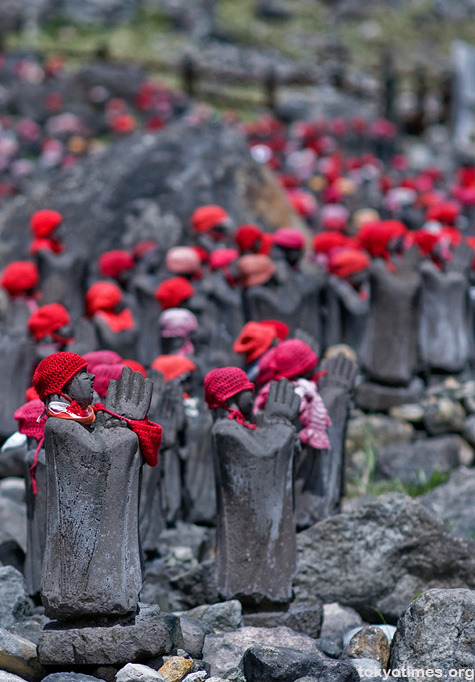 A conversion that could well have something to do with the sheer number of them. 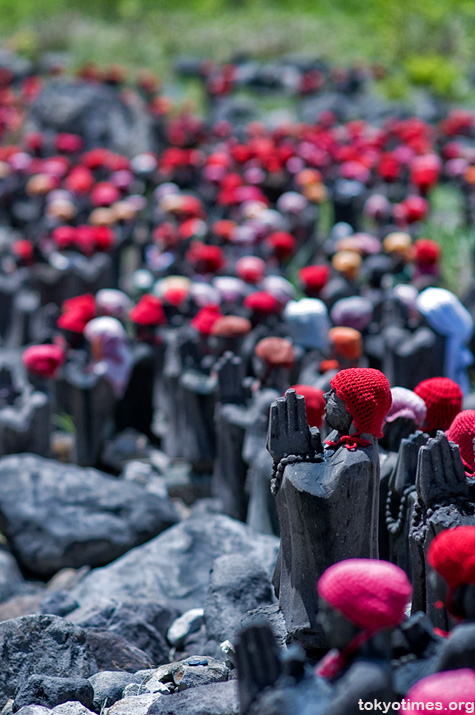 Or maybe it’s because they look so serene. 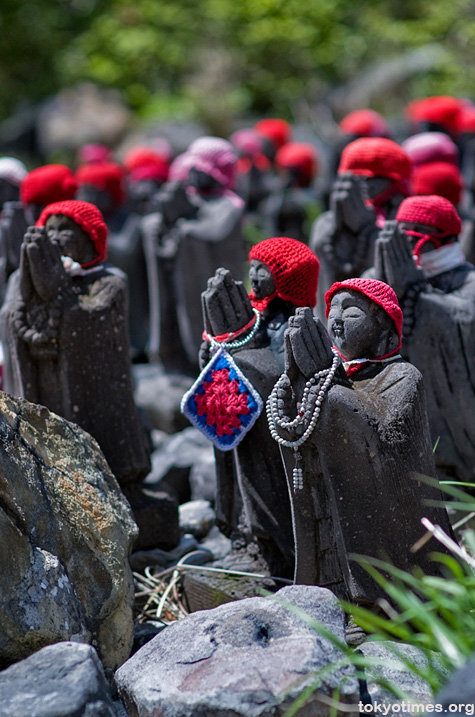