Over the last few weeks I’ve documented some of the older accommodation that can be found in Japan, from a massive and unique looking public housing complex, to a narrow street of mostly wooden, post-war Tokyo homes. With those photos in mind, the incredibly dated ryokan below is in many’s ways quite comparable, and yet at the same time it’s also markedly different.

Ryokan, or traditional Japanese inns, have an image of large rooms, fancy food and relaxing hot baths — aspects that are generally true in tourist spots such as Kyoto and Hakone. On the other hand, ryokan can also be a cheap and cheerful option catering to the likes of traveling salesman and construction workers. The latter being lodgings where you get exactly what you pay for, which generally isn’t very much.

This ryokan, however, is cheaper still, with long-term stays welcome, and where prices start at just ¥1,200 a night. Considering the number of shoes stowed by the entrance, and the time of day I took the photos, it would appear that people staying for extended periods is very much the norm as well. A predicament that’s about as far from the usual image of life in Tokyo as this ryokan is in regards traditional Japanese accommodation. 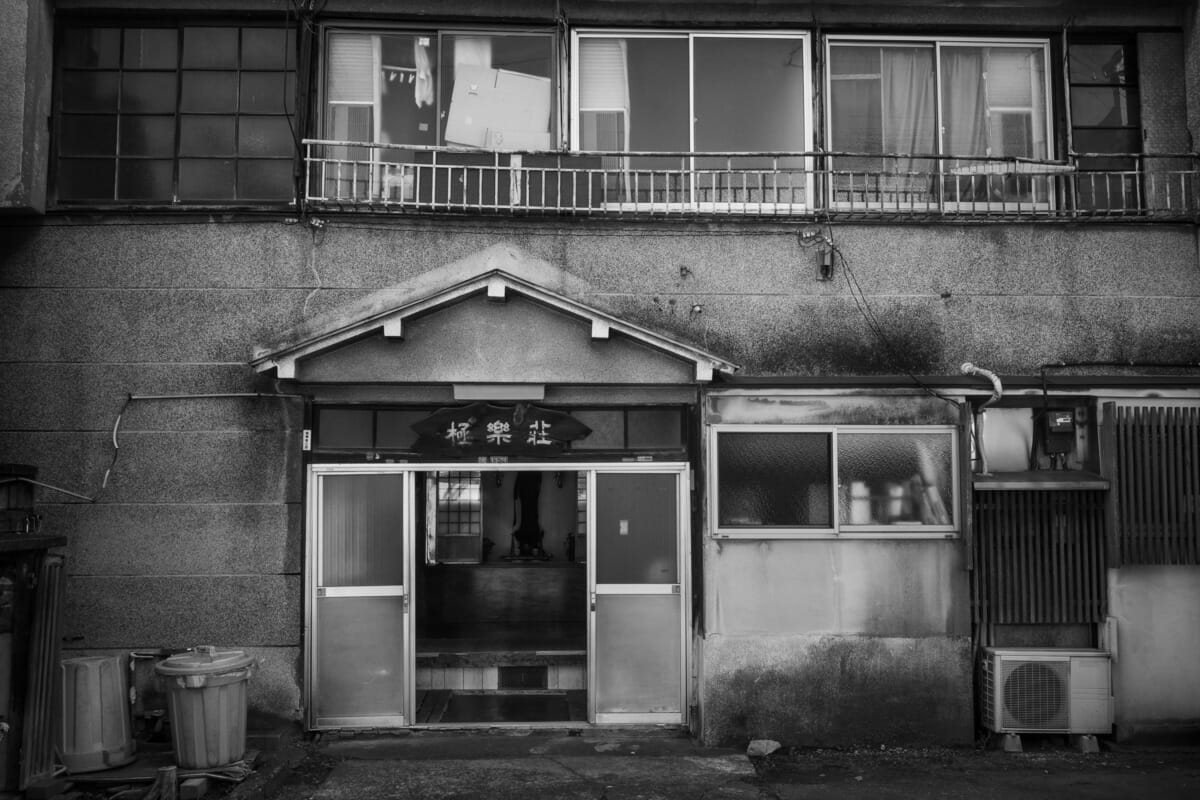 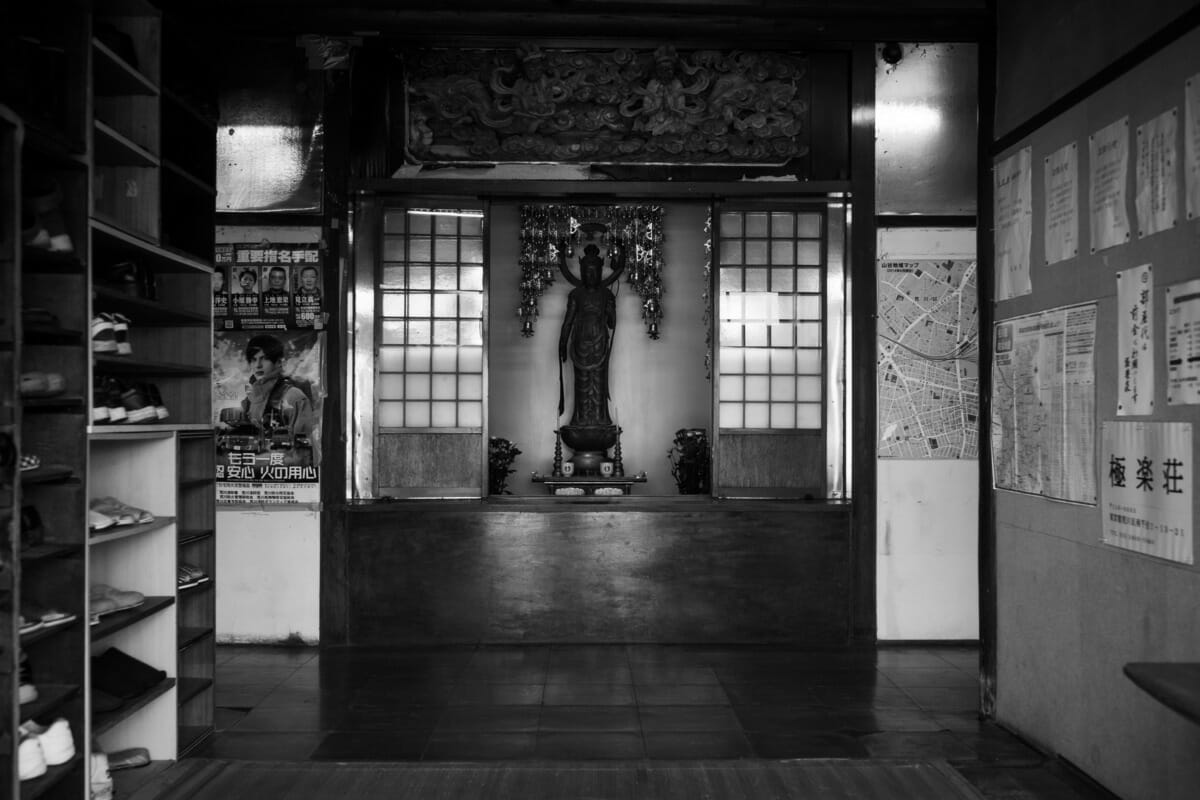 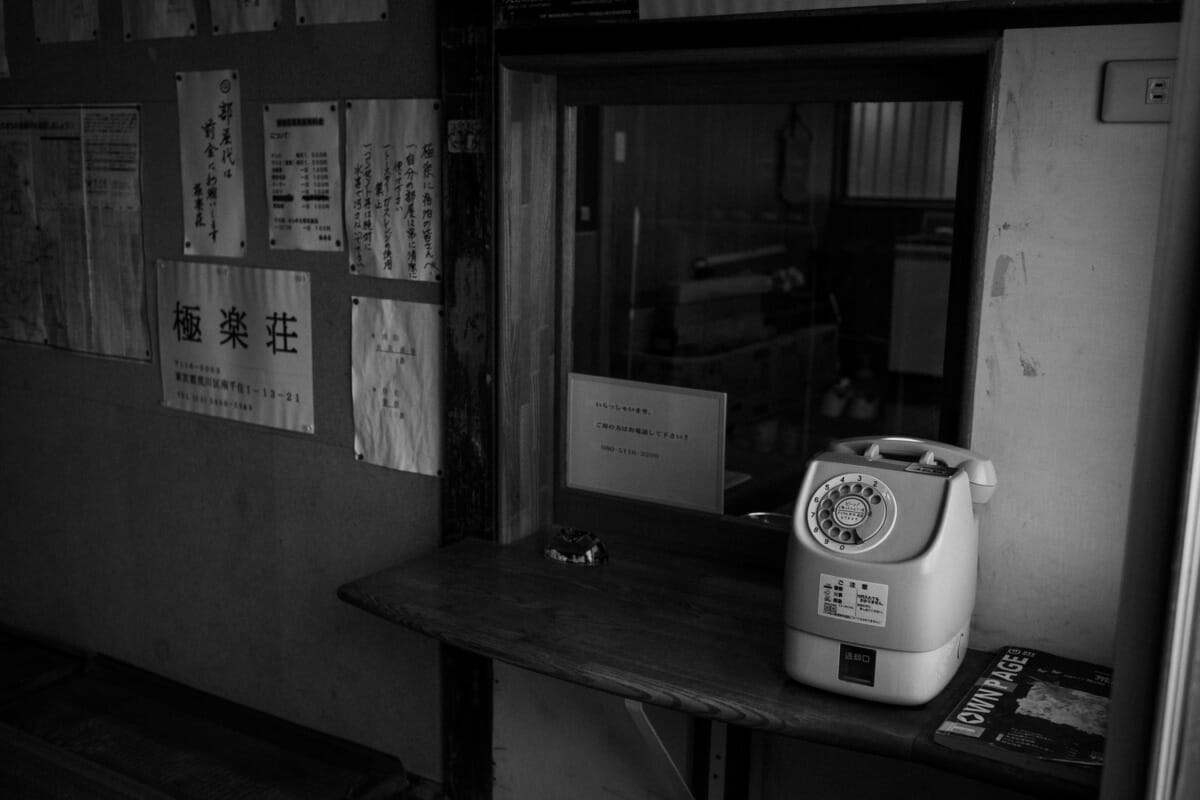 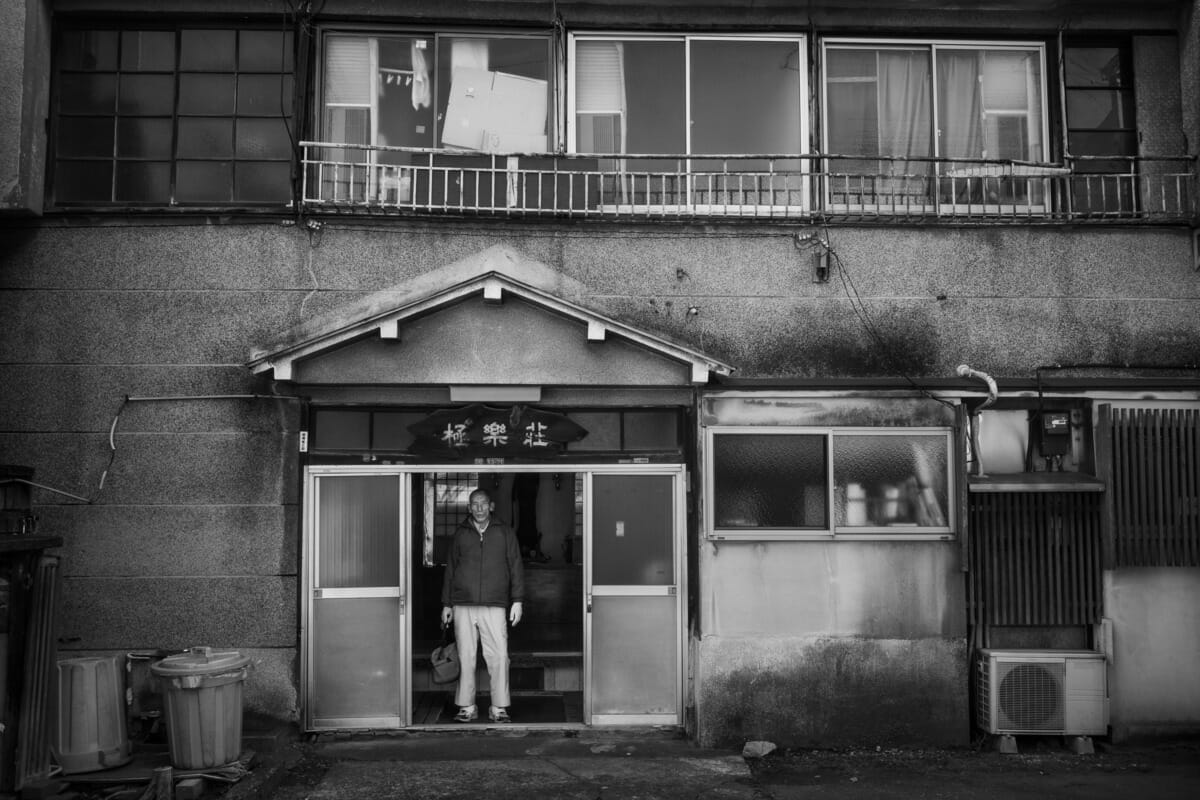