We all contain stories and painful feelings that only those close to us will ever know. Even then it likely won’t be everything. Then there’s the person sat opposite on the train perhaps, or maybe someone at work — there’s always so much that we are utterly unaware of. Very often there’s little or no hint either, as publicly at least, the vast majority of us tend to keep a good deal inside. The lady below, however, seemed different. It was her expression that initially caught my eye, but then I saw what she was carrying. Something she held so carefully and so close. A very visible story, and yet even then it’s one we will almost certainly never know. Instead, it’s one we can only speculate on, and at the same time hope that despite it all she’s doing okay. 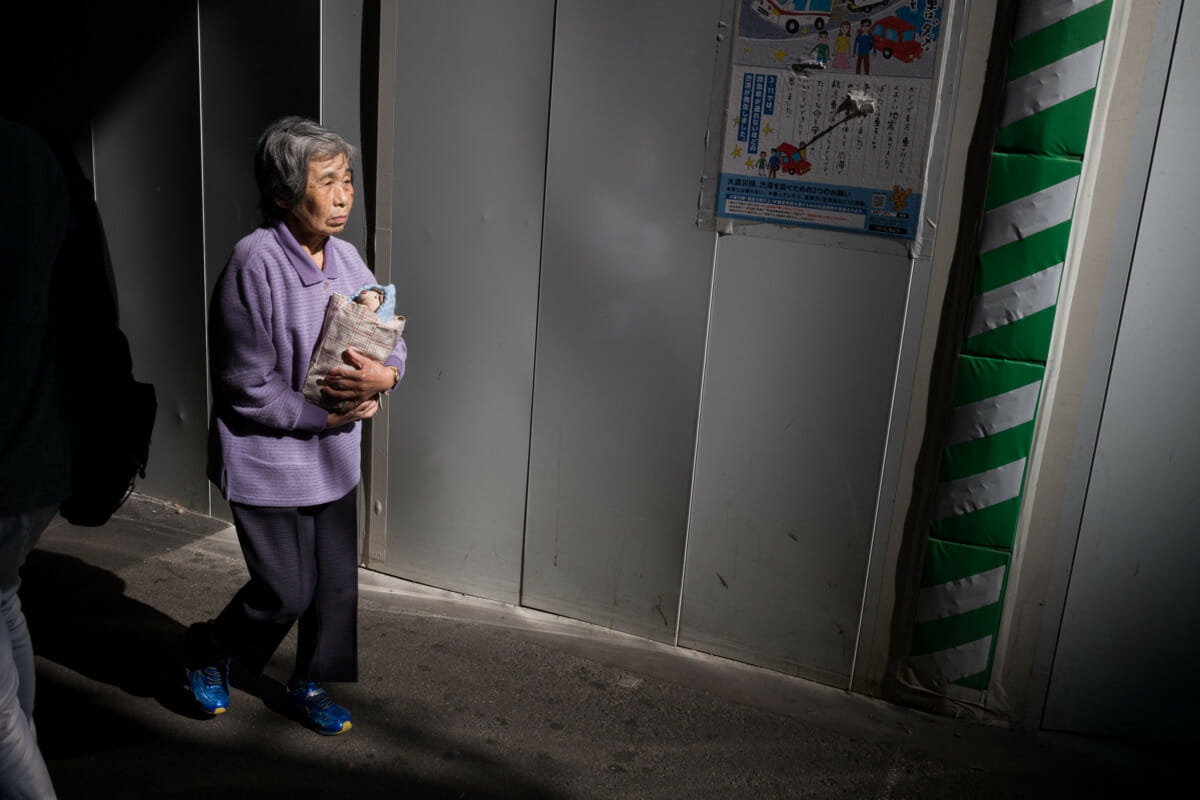