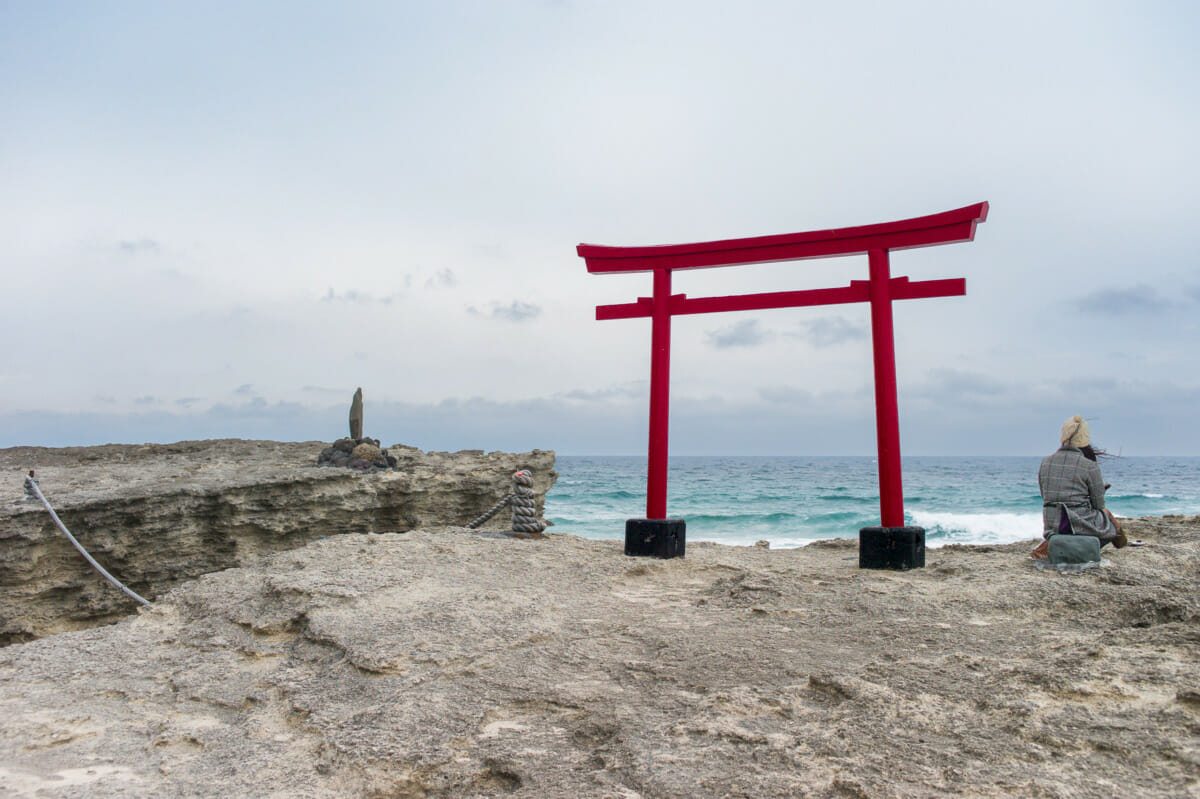 At the end of last year I briefly mentioned the legal battle I was embroiled in with my late wife’s family. Almost the moment Akiko died, they put their plan in place to rob me of my home, money and anything else they could get their hands on. Needless to say it was an unbelievably stressful experience, but after lies galore and racial slights aplenty, it was finally settled a few of weeks ago. They ended up with the bulk of the money, but mercifully I have a bit left over and the home Akiko and I shared is now in the process of being transferred over to my name.

That money, along with the time devoured by the whole sorry process can never be recovered, plus the stress it involved will no doubt take a while to fully dissipate, but it’s sadly not a wholly unique story, so by putting it out here it might just prevent someone else having to go through a similarly horrible experience.

Akiko’s condition worsened much quicker than expected, and after getting the news of how limited her time was while in hospital, she wrote out in detail her wishes in regards the apartment, her money, the medical bills and her cremation before she came home for hospice care. It was a memo she made sure we all read, and it was something we all solemnly agreed to abide by. On top of that her parents promised on multiple occasions, and always in front of Akiko, to help me with the paperwork to get the apartment put 100% in my name as the mortgage would be cleared by an insurance policy. I was family after all they kept reiterating. Again, always in front of Akiko. So they’d do everything they could. Also, to complete her wishes, we’d split Akiko’s money 50/50 after all the medical bills I was paying had been taken out.

With hindsight I was obviously incredibly naive, but my main concern was Akiko and the dreadfulness of the situation she was facing. We had been together for over 20 years, so I wasn’t like a stranger to them. Quite the opposite in fact. Also, the idea that someone could lie to their dying daughter and plot about money and property as she slowly faded away didn’t even enter my head. How could it have done? That would be an unthinkable act to say the least.

Sadly it should have done, as that’s exactly what they did.

Very soon after Akiko died, they demanded a bigger share of the money as they were ‘family’, and what I’d be left with would just about cover the medical bills and enough to buy a graveyard plot. Akiko had said she wanted a tree burial, but they had argued with her and said that was inappropriate. The plot that I was to buy and financially maintain was for the whole family in the future you see.

And if these revelations weren’t shocking enough, the father declared that he would put the apartment in his name. It was simply less hassle that way he tried to reassure me. “I’m Japanese and you are a foreigner. It’s much easier. But it will still be your property. I’m not trying to cheat you.”

Even through the fog of grief and the awful new reality I was living in, it was crystal clear that they were indeed trying to cheat me, and a call to the bank to ask about the apartment confirmed two things. One was that if there are no children involved, Japanese law gives parents 1/3 of all assets, and the spouse 2/3s. The other was that they had already claimed their 1/3 of the property. The lady at the bank, however, was evasive beyond belief. Despite being the spouse and main heir, she refused to send the documents to me. She would only send them to the parents. A bias and wilful hinderance she persisted with, later resulting in my lawyer and I having to visit her at the bank to get some answers, as on the phone she was very obviously siding with the parents. This was something my lawyer had never experienced before from a supposedly neutral bank, and even face to face she couldn’t even conceal her disdain as she never once looked at me during the 30 minutes or so we were sat there.

Something similar happened with Akiko’s company. We had to go in to fill out all manner of documents, and me being the spouse, the money owed to Akiko and some insurance payments would be sent to me. This they thankfully did correctly, but all the paperwork detailing the amounts and what they were for got sent to the parents. An absolute breach of normal standards, not to mention legal protocol, meaning my lawyer had to chase up copies so we could confirm what payments were, and were not, deemed assets. The explanation for this was an acceptance of wrongdoing, but I was foreign, so they thought they should send them to the Japanese parents.

Similarly, once I got off the phone to the bank lady after that initial call, she immediately contacted the parents to tell them I had been in touch and was asking for the documents. Shortly after that I got a barrage of sickening text messages from the mother. Their act of 20 years was now over, and the mask slipped once and for all:

“Akiko’s memo means nothing. We will fight you all the way.”

“We will get all the cash.”

“You were just using Akiko the whole time to benefit yourself.”

“You are obsessed with the apartment. You are neurotic.”

“You ensnared Akiko and that’s when the nightmare began.”

“You are nothing but a foreign parasite.”

“Akiko told us before she died that she wished you were Japanese. That was Akiko’s true feelings. Remember that.”

And so I hired a lawyer and the legal process began. They flatly refused to abide by Akiko’s memo and badmouthed me constantly, although they did, begrudgingly, admit that yes, Akiko and I had a happy, loving marriage. That didn’t count though, as their greed, jealousy perhaps ‘cos of the relationship we had compared to their own, and without a doubt racist venom trumped everything. Thus they tried every which way they could to extract as much out of me as possible. They even demanded all of Akiko’s possessions. The sister sent a disturbingly detailed list, even including where each item was, so presumably when I was working they had gone through the whole apartment taking notes and photos. I simply didn’t count. Not as Akiko’s husband, not as someone who was also grieving, and in many ways not even as a human being.

The one blessing was their arrogance and prejudiced attitudes. My lawyer is female, so presumably they assumed they could get the better of her, and combined with their tightfistedness they didn’t hire their own legal counsel. It did drag things on, and we had to put up with lies and a constant moving of the goalposts, but after a final threat of court they ultimately agreed on a smaller than they needed to payment for the apartment. That, and 1/3 of the monetary assets. All in all it was way more than Akiko wanted them to have, and similarly more than was morally right, but it mercifully allowed me to settle and have a little bit of money left over rather than having to sell my home in order to pay them off — the latter being a distinct and worrying possibility when this all started and I became fully aware of Japan’s inheritance laws. And needless to say if I had actually trusted them, they would have taken the apartment away from me, as once signed in the father’s name, it would have been legally theirs.

The property still has to be transferred over to my name. Unsurprisingly that is a lot more complicated with me being foreign, but I have a scrivener working through all that. I also found a nice place for Akiko’s tree burial that is near where we used to live and not far at all from where I am (and we were) now. That was important. I was prevented from doing the other things Akiko wished for, but I could at least do that.

These things happen all the time. I realise that. Some people value and crave money over everything. But the racial aspect was a horrible eye opener. Being refused entry to the likes of a restaurant and being treated differently are far from uncommon in Japan, but this was on a whole other level. The family of course are just utterly wretched individuals, but the bank and Akiko’s company present a much wider problem. A problem that has been incredibly disappointing to find out about, and one that it’s important to be aware of. Hence me writing all this out.

So now it’s over, I have to try and slowly move on with my life. The trouble is, while the legal battle is over, the loss of Akiko isn’t anywhere near that stage. Nor, I suspect, will it ever be. I miss her enormously each and every day, but at least she never had to see how truly awfully her parents and sister behaved. I am glad about that at least. It would have broken her heart.

Finally, the end of the legal process has given me a chance to pause and contemplate things a little. I have also booked a summer flight back to Britain for the first time in 3 years, and can now at least begin to think about what I should do going forward. This contemplative element prompted me to choose the old photo above. There was definitely something about the lady looking lost while at the same time resolutely facing the elements in front of her. Also, and much more importantly, Akiko was stood by my side when I took it.