Due to their rigid formula and unrelenting adherence to time, Japanese weddings can often be uncomfortable and overly serious affairs. As such, lightheartedness may not see the light of day until the second party, and any act of spontaneity is simply out of the question. A strict sense of decorum that in many ways made the post-ceremony scene below all the more endearing.

Greeted by a large group of strangers that very quickly formed around them, the young, rickshaw driven newlyweds were treated to spontaneous applause and joyously uninhibited encouragement. All of which resulted in a wonderfully out of the ordinary moment that made their surprised looks all the brighter. 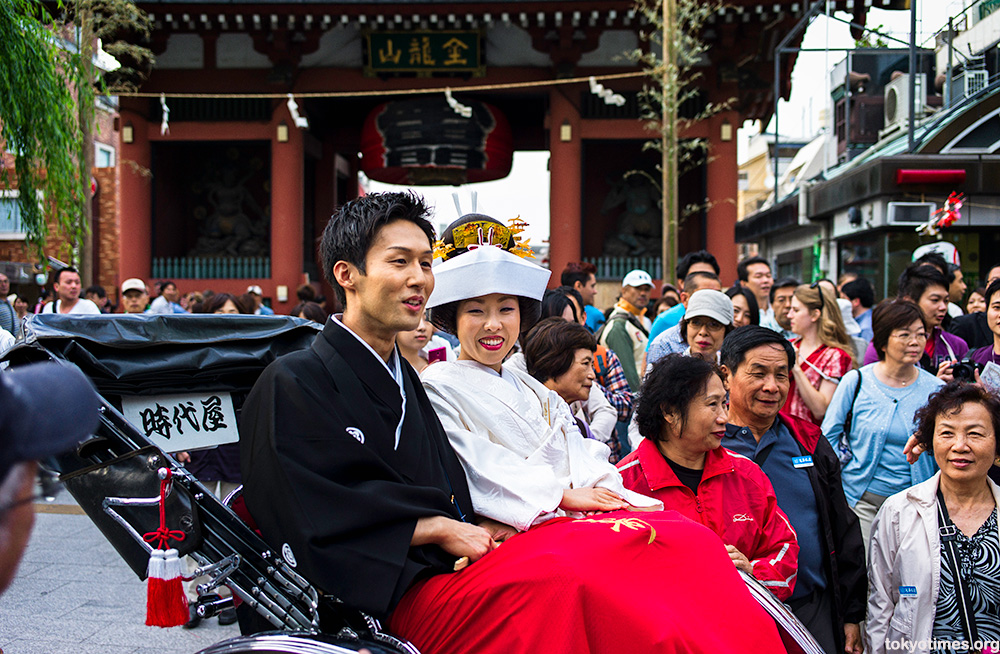