After looking at some personal effects and the rooms in parts one and two respectively, it’s finally time to see the facilities; areas of the small huddle of mining company-related houses which, despite being abandoned a couple of decades or so ago, are still surprisingly well equipped. 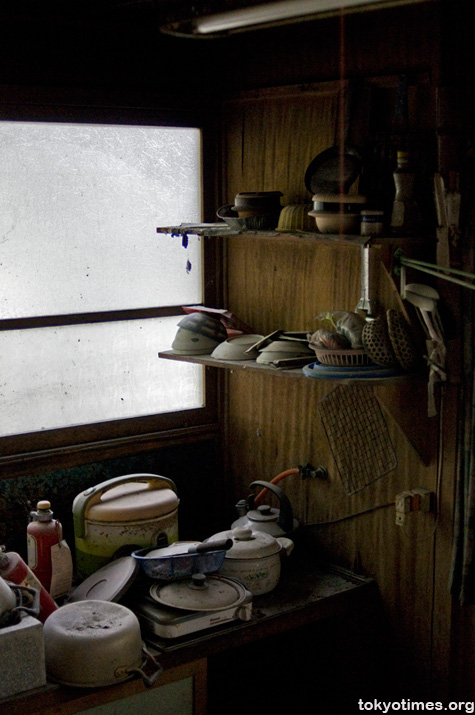 And whilst at least one resident appears to have left in a relative rush, 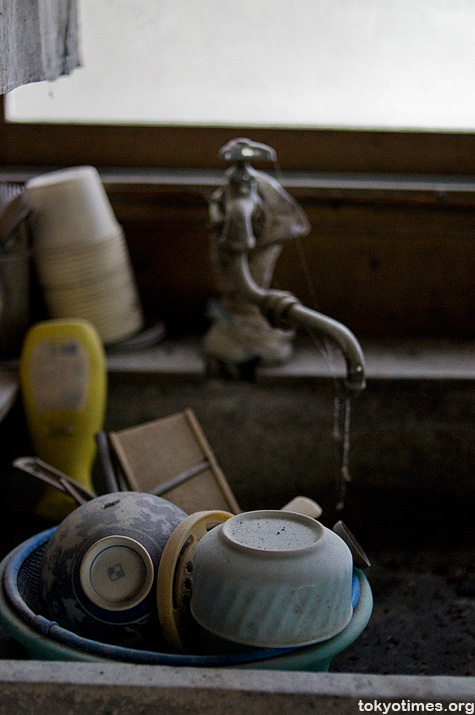 others were decidedly more deliberate. 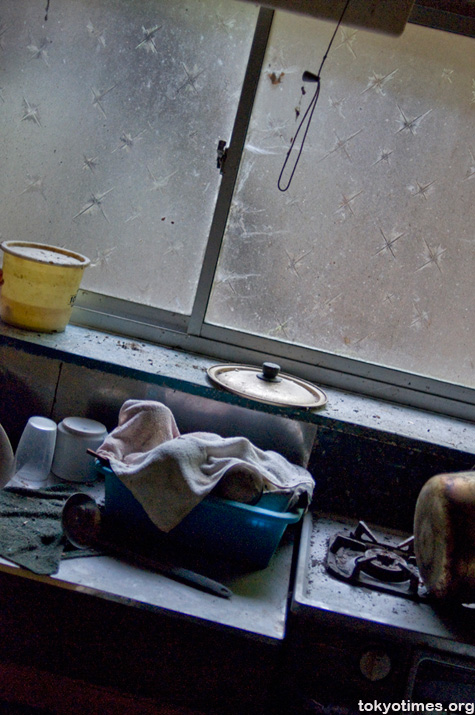 Not of course that clean dishes would make cooking dinner any less disagreeable. 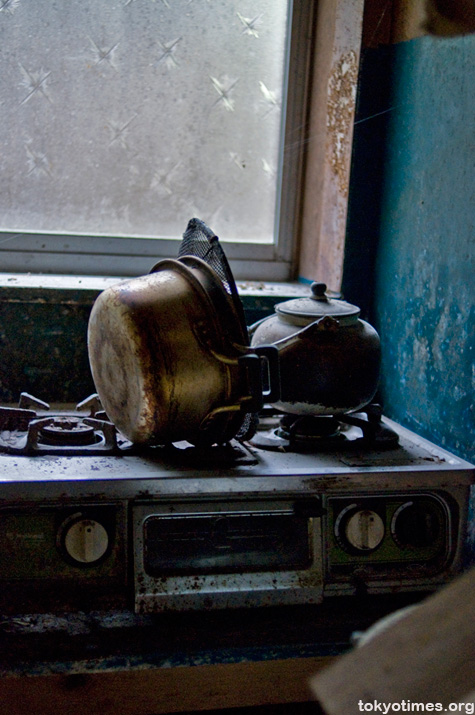 Meaning it’d be about as tempting as using the toilet. A water closet complete with twenty-year-old used paper for added uncomfortableness. 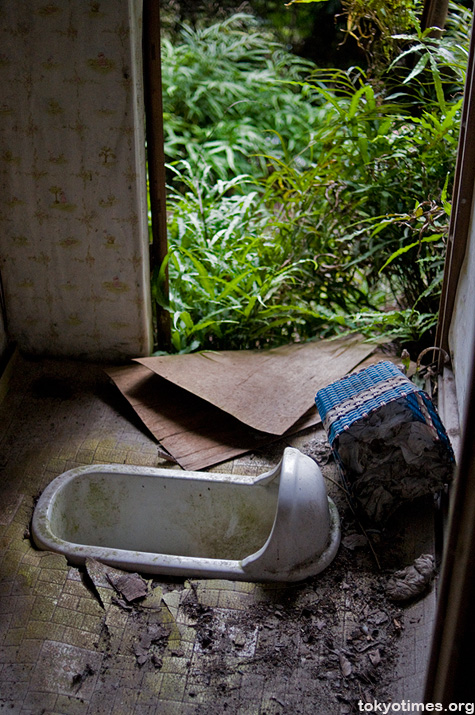 A feeling of filth and fetidness that no amount of cleaning, 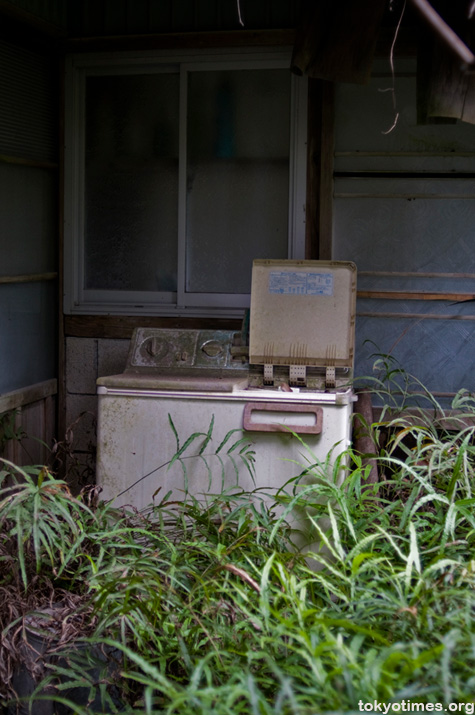 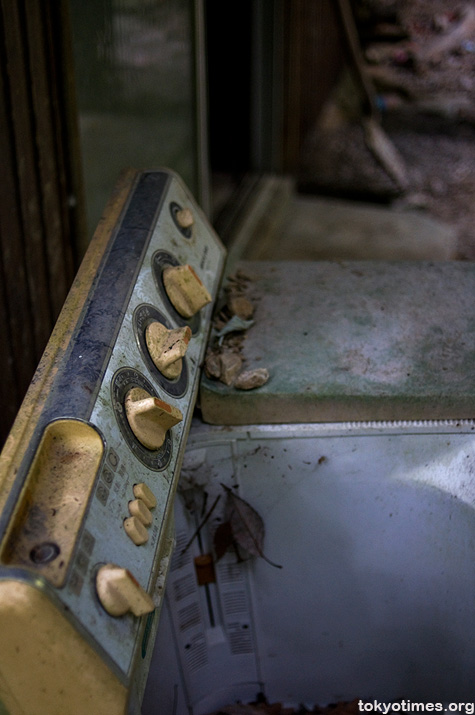 For anybody interested in more haikyo/urban exploration, there are also pictures on Tokyo Times of entirely abandoned mining towns, water parks and also love hotels, along with a whole gamut of other stuff in the haikyo category.