In my recent explorations of abandoned buildings, I’ve been incredibly lucky to find the kinds of places that I find most fascinating; namely those that contain a lot of possessions and hints about the lives of those who once lived or worked in them. The old enka singer’s house in particular, and the long left kimono shop, offered tantalising tidbits of information about their past occupants. And to a certain extent even the old pachinko parlor, which as well as having an interesting story behind it, was almost completely intact.

None of which, it has to be said, I expected to find at the bankrupt and abandoned Niigata Russian Village. However, the lure of an accurate copy of Suzdal’s The Cathedral of the Nativity bizarrely nestled at the foot of the Gozu mountain range was eventually just too much. And how could it not be? 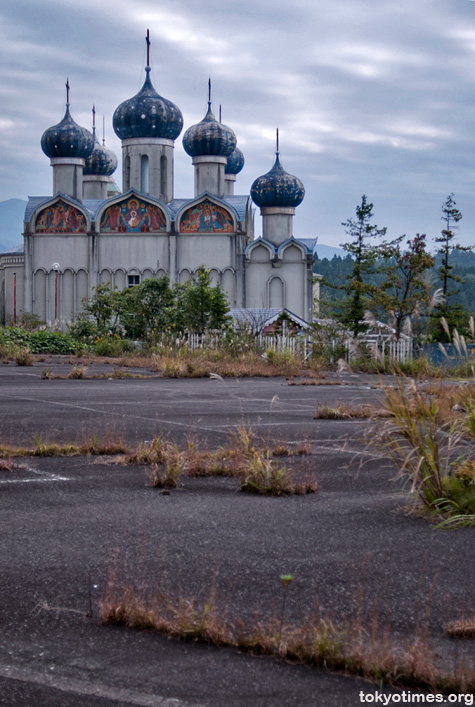 The lure for paying visitors, on the other hand, obviously wasn’t quite so strong, because after initially opening in 1993, it closed down for a while six years later due to the collapse of the bank supporting it. And if that wasn’t a good enough sign that it really wasn’t a good idea, another investor inexplicably ploughed yet more money into the park and promptly re-opened it for business. A period that was obviously even less successful than the first stretch, as it closed its doors again, and this time permanently, in April 2004.

But obvious mistakes aside, as a theme park and wedding venue, the complex must have been even more surreal in its heyday. And on a sunny day, really quite a sight. 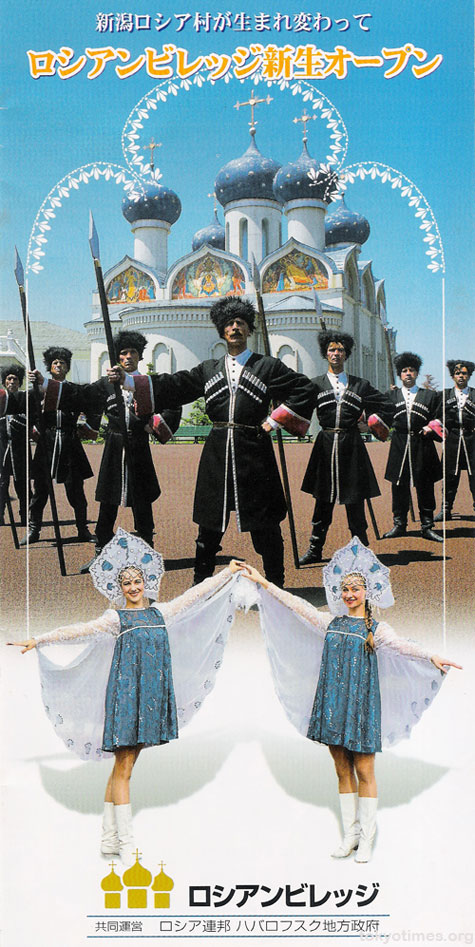 Unfortunately, the whole village has since been violently and systematically vandalised, with very little of it left intact. A situation that needless to say is a genuine shame, as, left untouched, it would have been a truly fascinating place. Especially so once nature really started to take the buildings back.

But as it is, the cathedral is probably the least damaged part of the whole park. 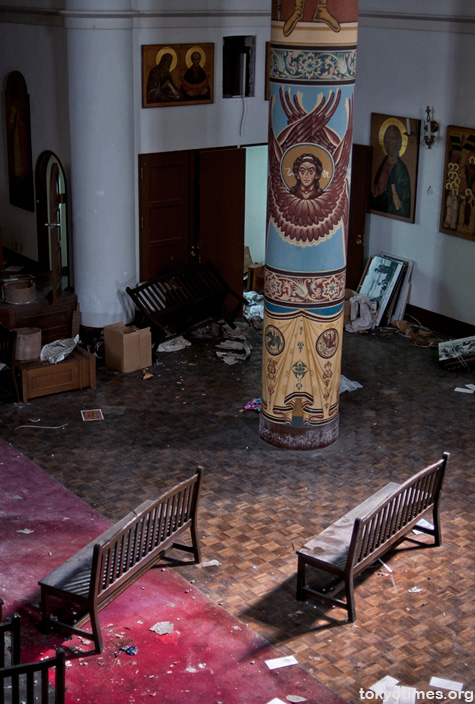 Something that may, or indeed may not, have something to do with the big fella looking down from above. 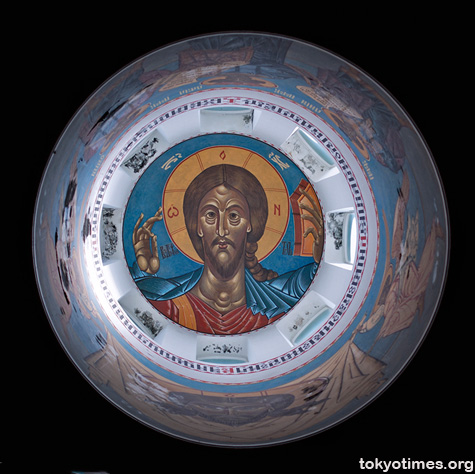 Yet that’s not to say that there weren’t any photo opportunities; there were just less that’s all. And the huge fire that fairly recently ripped through the hotel did make for quite a stark, yet somehow still appealing, image. 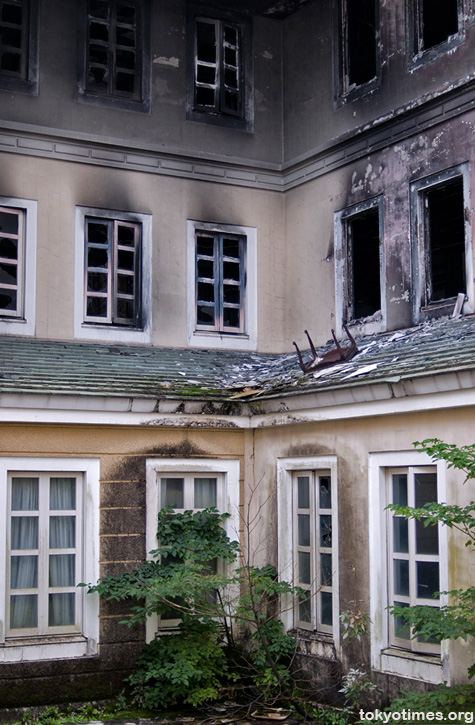 Plus thankfully there was that firm favourite of all abandoned buildings, a telephone. 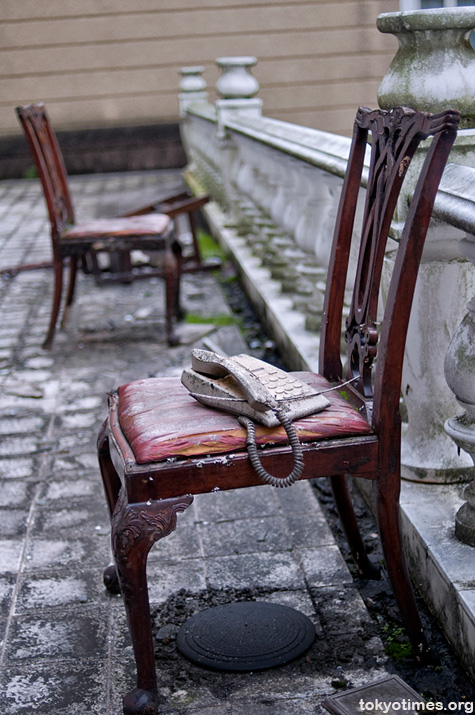 Along with a rare bit of strange beauty. A scene that, if it’s not a tad too over the top for a pair of old slippers, somehow encompasses a big part of what haikyo is all about. Combined with a possible hint of that wonderfully vague Japanese concept, wabi-sabi. 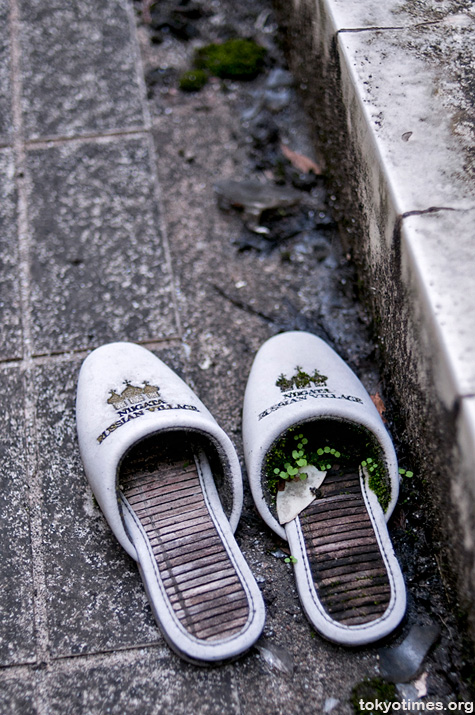 But story wise, there isn’t a lot to tell. Or indeed to see. It was a bad idea that not surprisingly went bankrupt. There simply weren’t enough visitors. And those that did go, definitely didn’t go back. 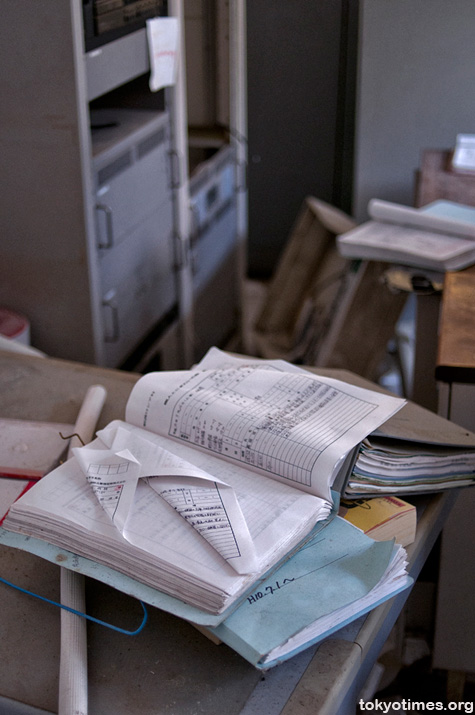 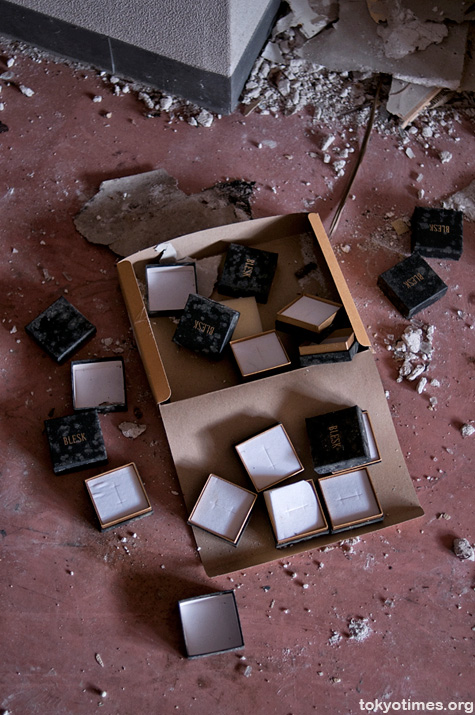 All of which was really rather sad. 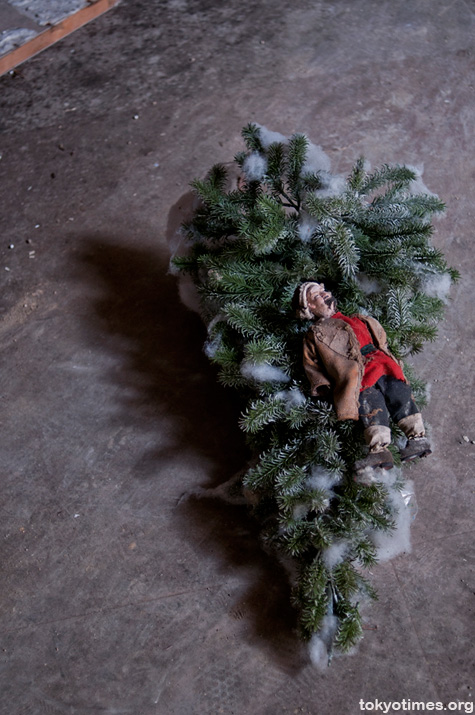 Although there were still a few pleasant surprises. Such as a still intact mammoth. 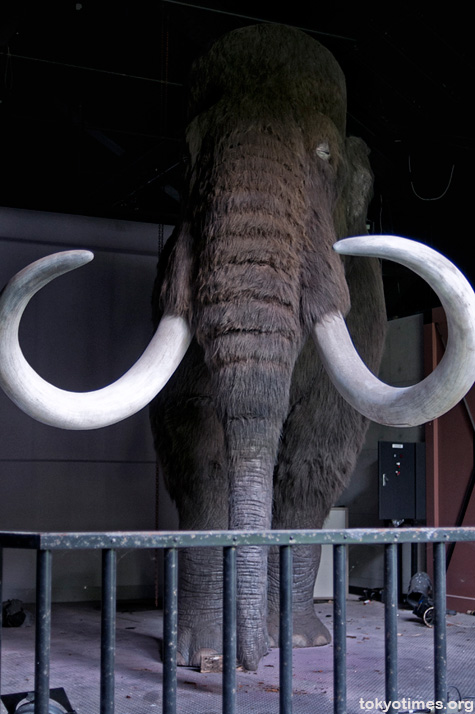 Complete with the perfect kind of chair to view it from. 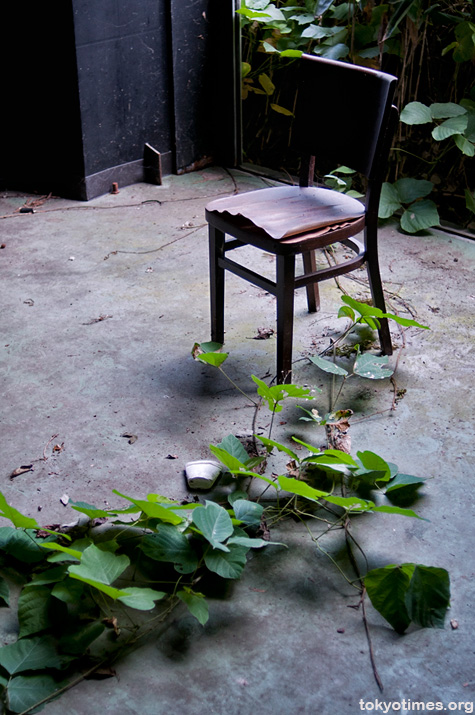 Plus this splendid bit of silliness to finish off with — a miniature woolly mammoth that was found in one of the function rooms. And fitted with a two-seater saddle, it must have been used to wheel the happy (and presumably happily bemused) new couple into the guest-filled post-ceremony party room. A sight that really must have been something to behold. 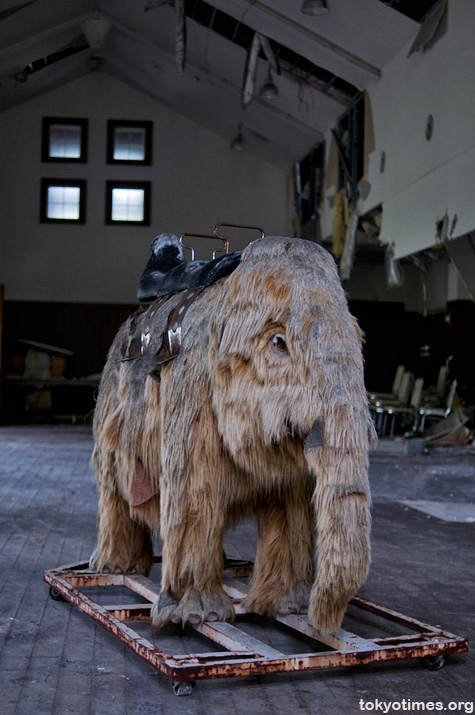 Which in many ways makes Niigata Russian Village all the more depressing, as due to Japan’s economic bubble being long since burst, its stupidly optimistic sort will sadly never be seen again. 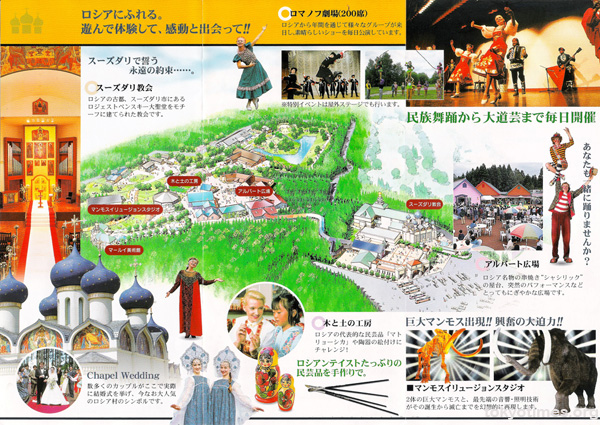