Not surprisingly, the likes of Sony and Toyota have been badly hit by the current economic crisis, but another of Japan’s big names, Sanyo, has been floundering for a good few years now — a situation that may help explain the former retreat featured below, and why it’s arguably as ragged as the company’s reputation.

A sanctuary where the history of Sanyo may once have been solemnly studied. 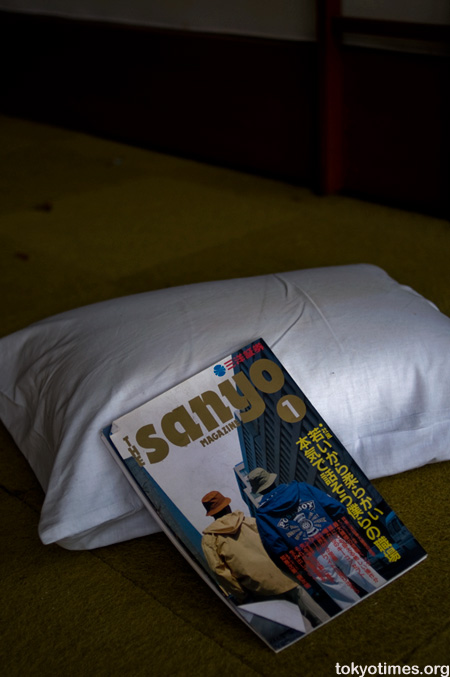 But now it’s merely a building where the corridors are uncommonly quiet, 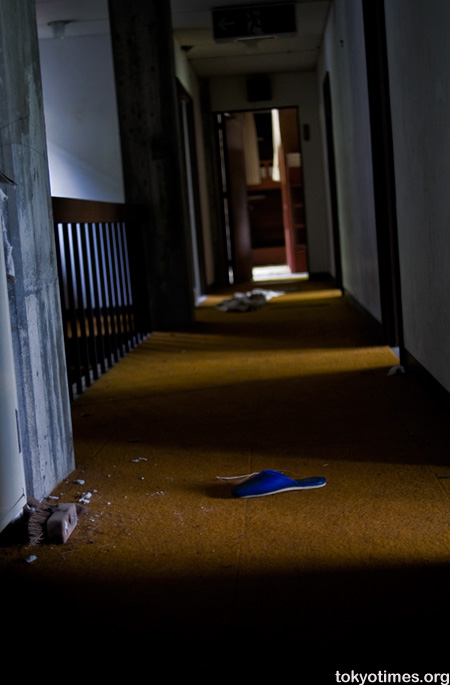 and not a single soul is bothered about their weight anymore, let alone wheedling their way in with the boss. 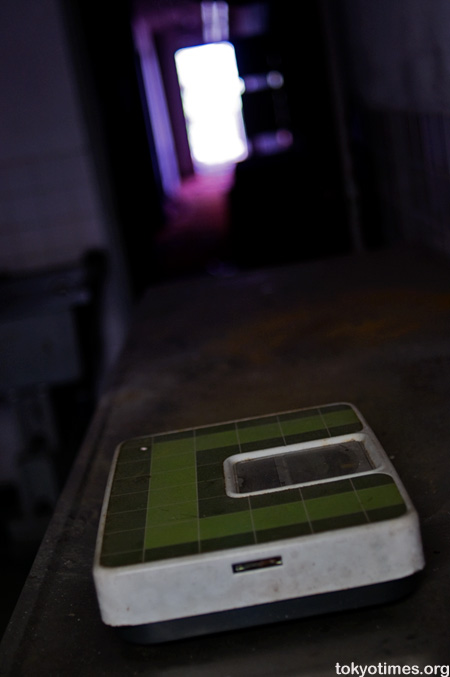 Likewise, the biggest open space in the building is decidedly lonely rather than lively. 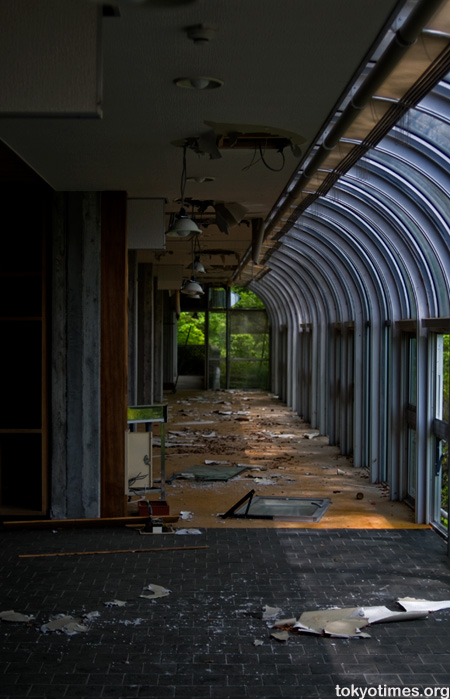 And as for dining, a pot of tea is still possible, if not exactly advisable, 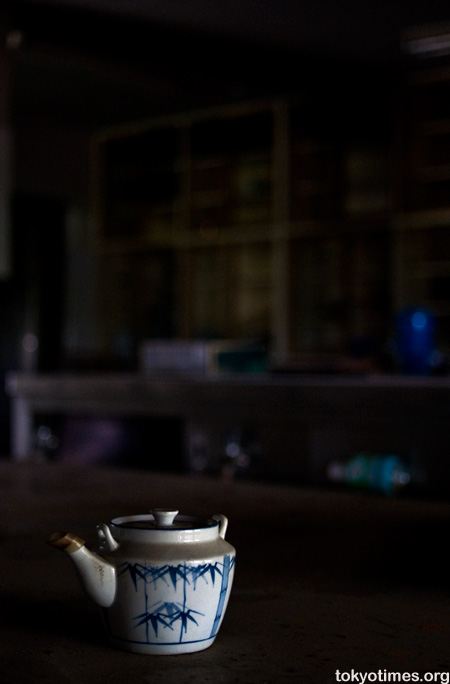 but anything dish-based is most definitely off the menu. 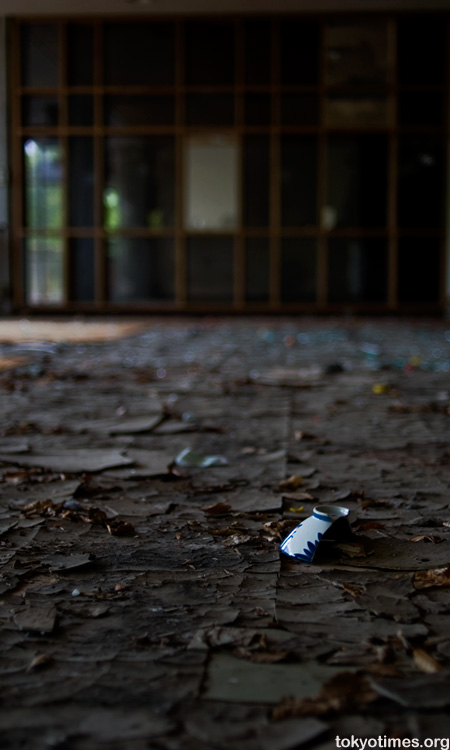 Plus, rather bizarrely, the complex also comes complete with an underground memorial of some kind. 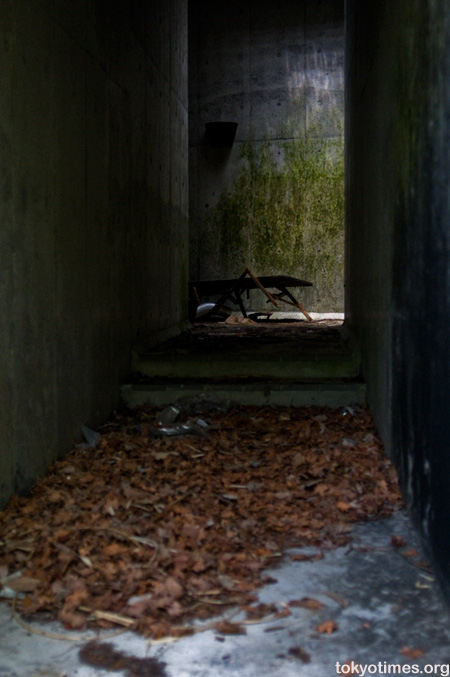 Maybe even one in memory of bad management, considering it was only put in place in 1990. 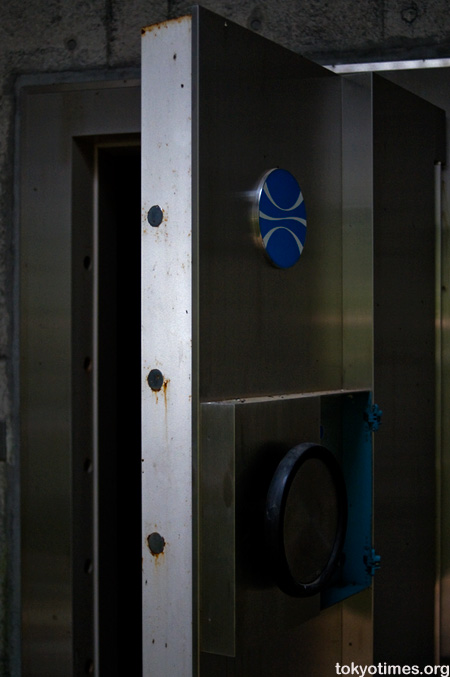 Making the symbols, even come across in candlelight, seem somewhat silly rather than sinister. 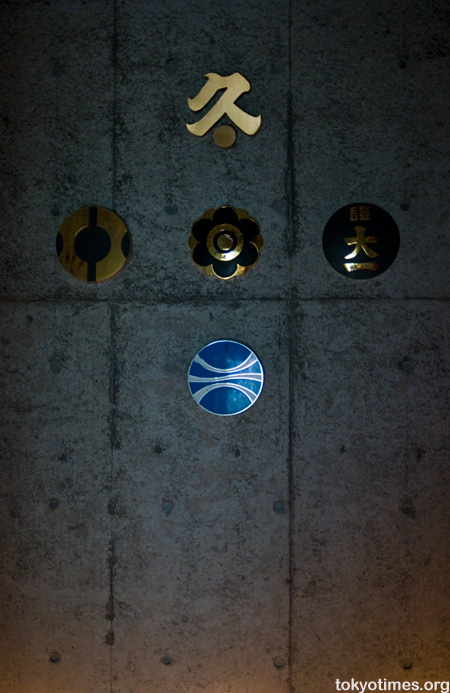 In part 2, which you can see here I take a look at where the Sanyo staff once slept, along with a late visitor unlikely to leave.

Plus, should the urge take you, this and a whole host of other haikyo/abandoned buildings can be seen here