After taking a look at the main part of the retreat-based building and its bunker-like memorial in part 1, any long gone Sanyo — the securities company and not the beleaguered electronics giant — employees obviously needed somewhere to stay after spending the day having group hugs in the hallway or dealing with increasingly desperate diatribes in the dining room.

And, as invariably seems to be the case with abandoned buildings/haikyo, the keys to these rooms were lovingly left behind in case they were called for. 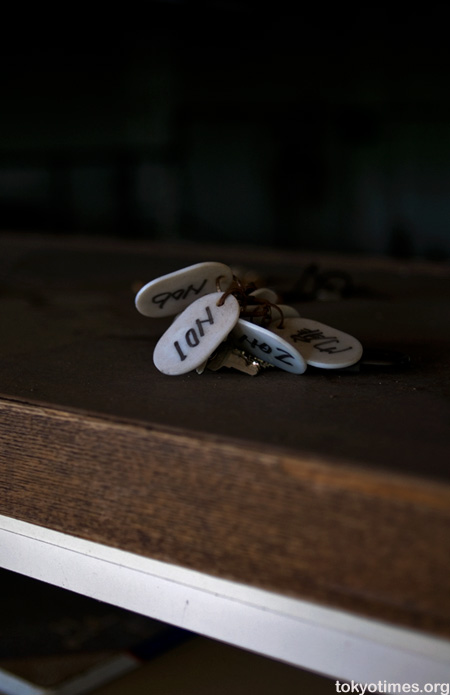 Not that they were of course, and anyway, the rooms upstairs were only remarkable for being unremarkable, with chairs by far the main feature. Pieces of furniture that towards the end at least must have provided those sitting in them a spot to speculate on what went wrong. 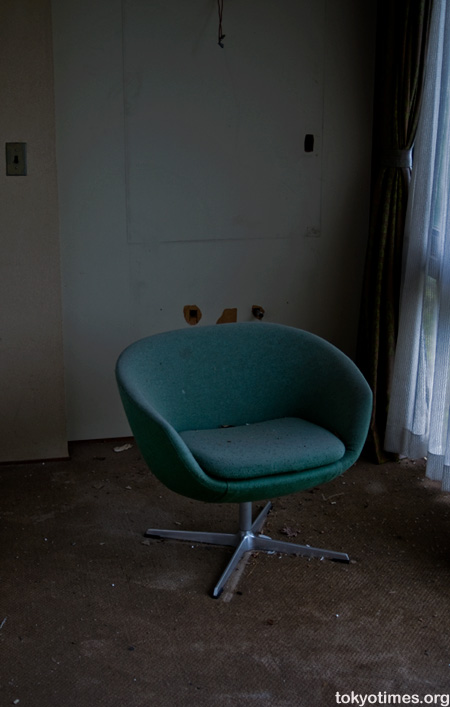 Or somewhere to simply smoke themselves silly in sorrow. 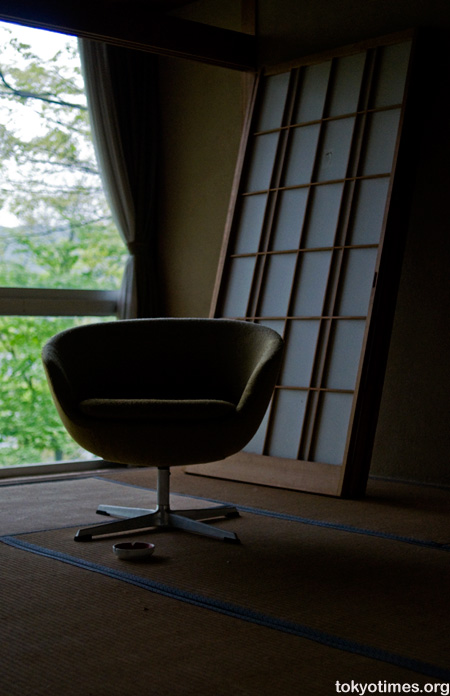 Not that such practices helped fully fend off any final frustrations.

However, that’s not to say that visitors only had places to park their bottoms and not their bodies, as the rooms obviously had beds, but despite the welcome relief they may once have offered, they aren’t particularly appealing anymore. 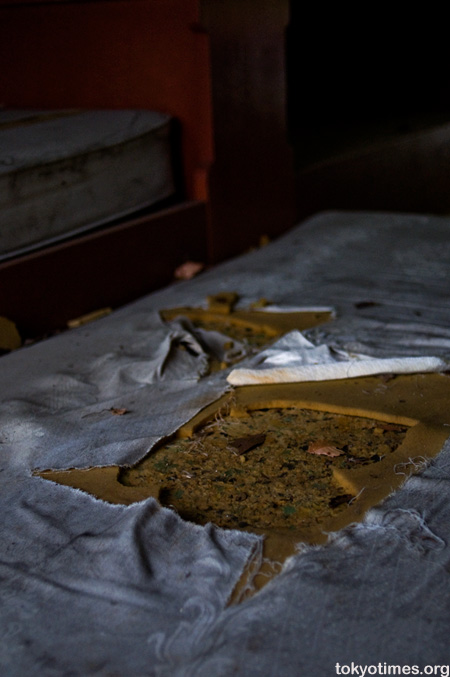 Although the floor, after a quick run around with the vacuum cleaner, could at least be passed off as presentable, if not exactly pristine. 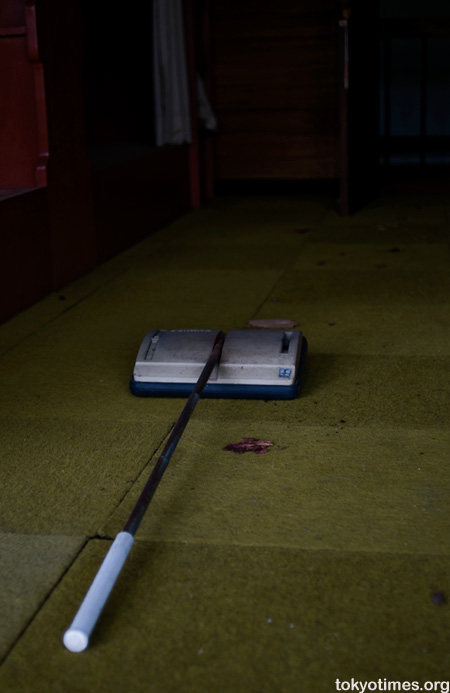 A feature that may, or indeed may not, have tempted the location’s last lodger to stay long term. 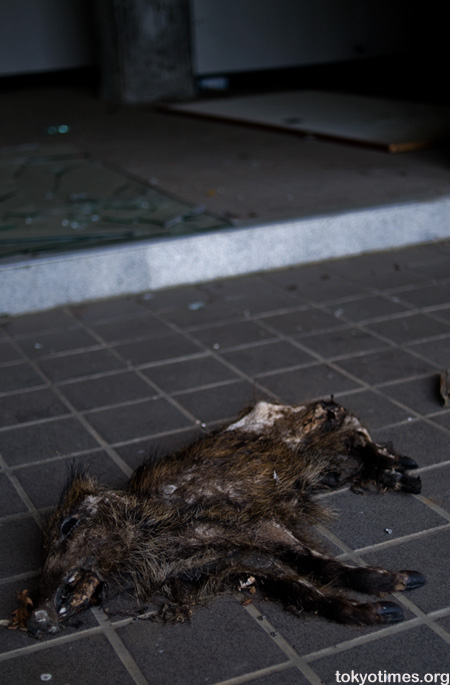