Having sent numerous emails over the last 18 months or so sharing stories and locations with fellow haikyo/urban exploration fans Mike (Michael John Grist), Mike (Mike’s Blender) and, erm, Mike (Gakuranman), the chance to actually get together on a trip finally presented itself, culminating in a two day road trip covering the known, and not so known, roads of Gunma and Nagano; first and foremost on our minds being the Mount Asama Volcano Museum — a decidedly bleak looking structure somewhat precariously perched on one of the many mountains looking up to the one time tourist spot’s not exactly insubstantial namesake.

The slowly decaying building creating a strangely serene and yet at the same time almost post-apocalyptic scene. 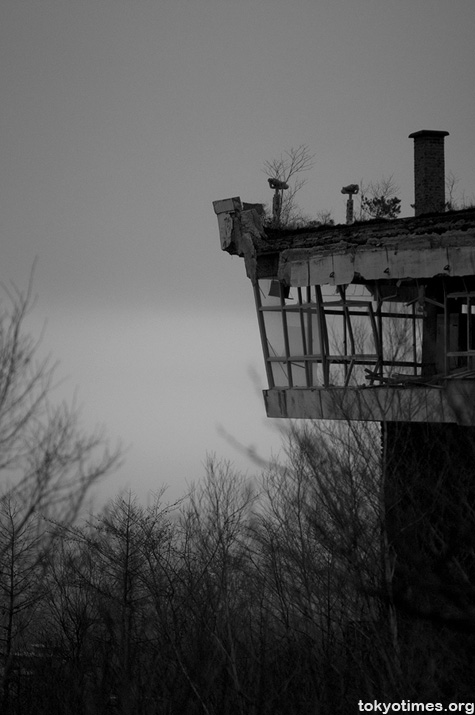 A feeling that continues as one gradually approaches. 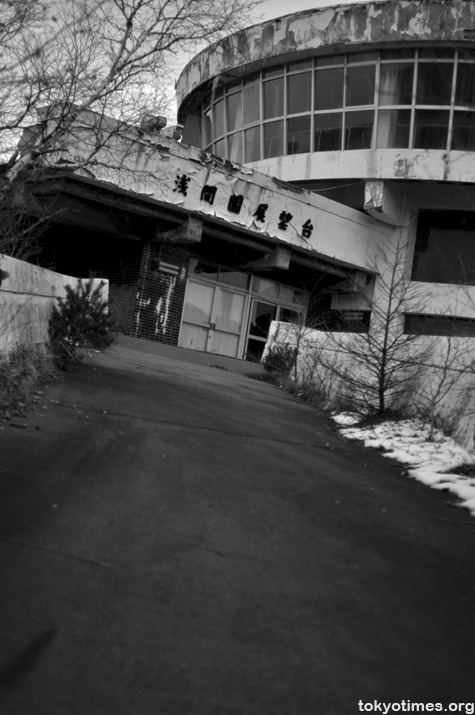 Its wonderfully weatherworn exterior damaged due to the extremely exposed location. 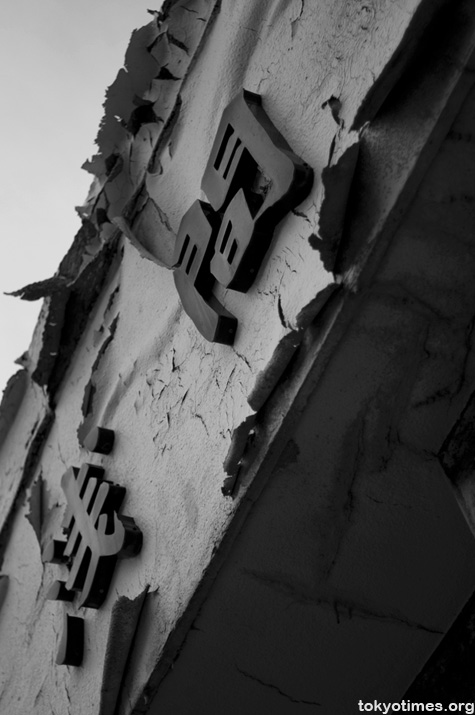 And more than likely the marvellously positioned museum’s close proximity to a still very much live volcano. 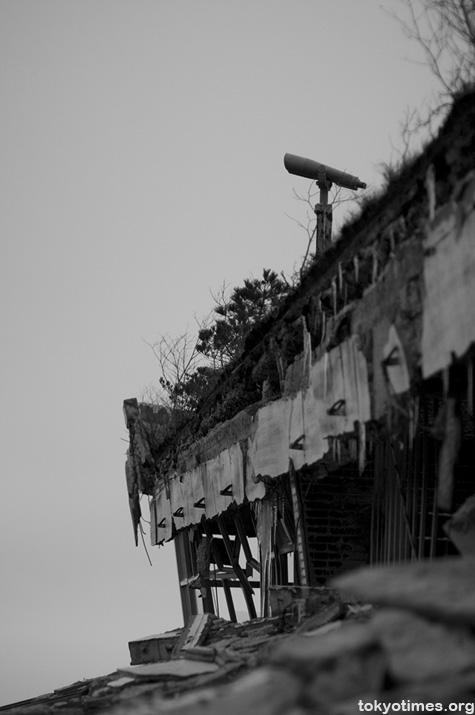 Some early snow on the roof already signalling what’s to come in the ensuing months, 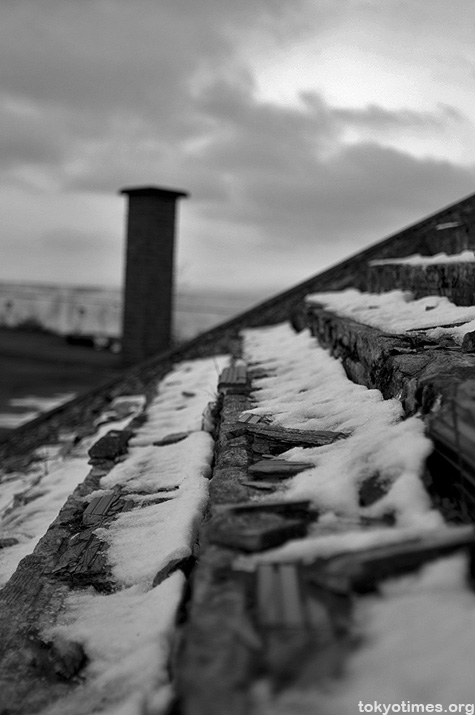 along with signs inside of what could be a combination of both vandal and volcanic activity. 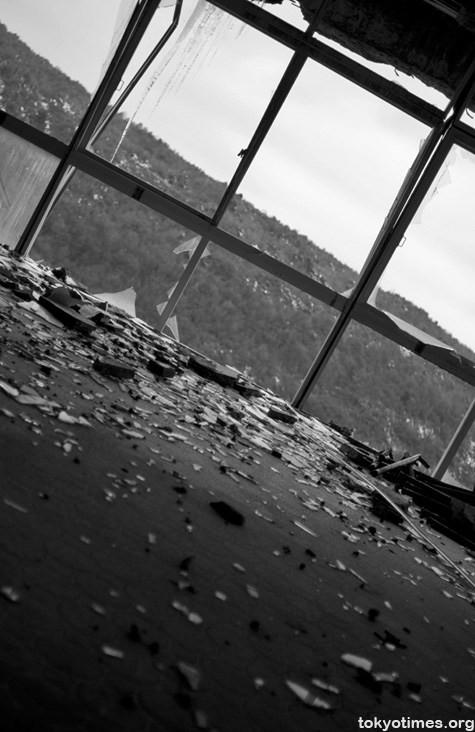 The latter at least creating a situation that may well have played some part in the people who once worked there walking out. 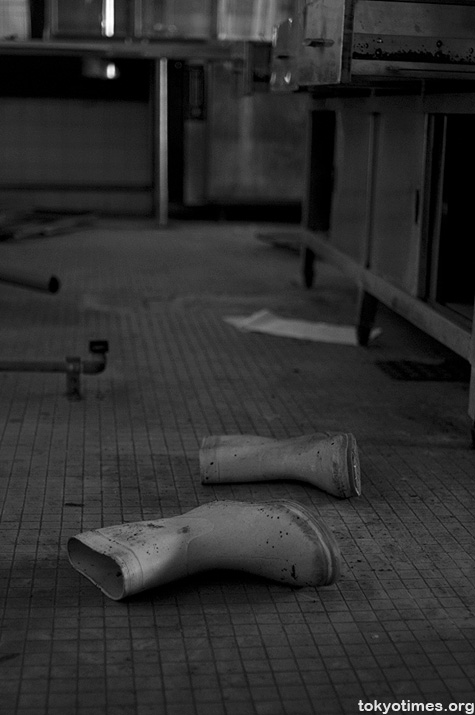 Leaving only the lonely binoculars to rather forlornly look out onto the landscape. 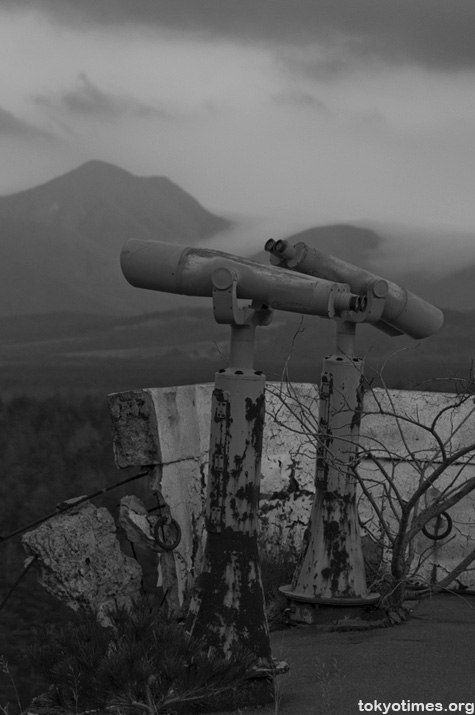 For more of a look at the museum, here, in part 2, I take a closer and in colour look at the interior, along with the various odds and sods not so lovingly left behind.