We all have our pet hates, but a 68-year-old resident of Osaka’s complete disdain for earrings ended in his arrest last week.

Finding himself drunk and in the vicinity of two teenage girls having the audacity to wear earrings, the man took it upon himself to teach them a lesson or two. And promptly proceeded to give them a few kicks, plus some further blows to the head for good measure.

The youngsters had little warning of the impending violence, as apart from a pre-attack question of â€œWhat do you think you are wearing in your ears?â€ the man gave little or no indication regarding his absolute hatred of earlobe attachments.

Fortunately a slightly older girl with the two victims (who was presumably not wearing anything in her ears) phoned the police. Resulting in the immediate arrest of the deranged drunk.

During questioning, the man admitted to the attack, and attempted to defend his behaviour by saying, “I was intending to reprimand them about their clothes and so on.â€

Now what the girls were wearing, and what kind of earrings they were sporting wasn’t disclosed, but even monstrosities like these wouldn’t warrant a full-scale assault. 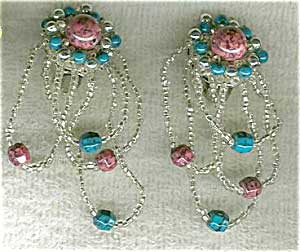