In attempt to arouse some interest in the upcoming Japanese release of ‘Bee Movie’, the powers that be opted to parade busty beauty Aki Hoshino about in a bee coloured bodysuit. 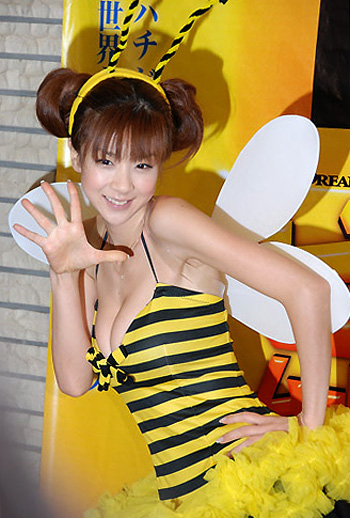 A move that was something of a master stroke as it immediately had antennae all across the country trained on Hoshino-san’s heaving, erm, hives. Their promise of succulent sweet honey guaranteeing the film at least a certain amount of success. 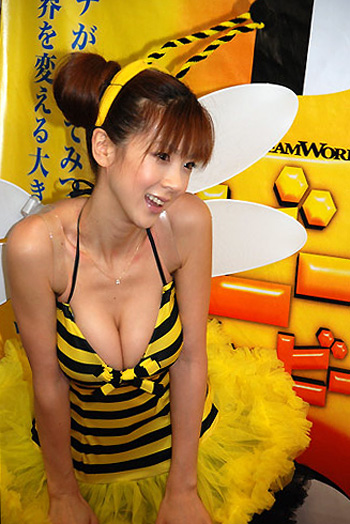 The 30-year-old pin-up also took the opportunity to wax lyrically about her line of work, as despite being Japan’s oldest active pin-up, she claimed that, â€œI’d like to keep on working, and since I can’t give orders, I guess I’m a working bee, not a queen beeâ€.

A comment that presumably produced a blooming enormous buzz of relief. 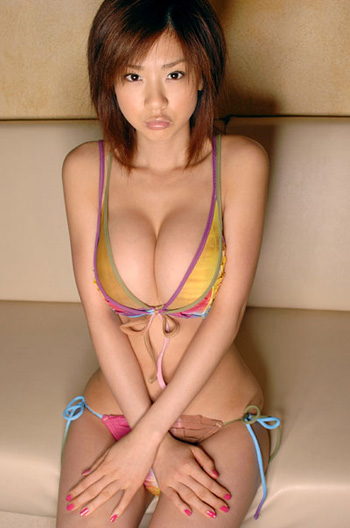