Most abandoned buildings/haikyo offer something of interest, but the ones that I’m invariably drawn to contain hints of the past; poignant reminders of the lives of those who once lived or worked there. An element that the old enka singer’s house offered with suitably melancholy mystery.

Yet arguably better still are those rarities like the long since closed mountain school — a building so utterly untouched that despite decades of disuse, it still felt occupied.

Neither of those places, however, contained that other mainstay of haikyo: the taking back of the building by mother nature. A feature that, despite offering little else, the SPG House hotel in Yamanashi Prefecture had in abundance. 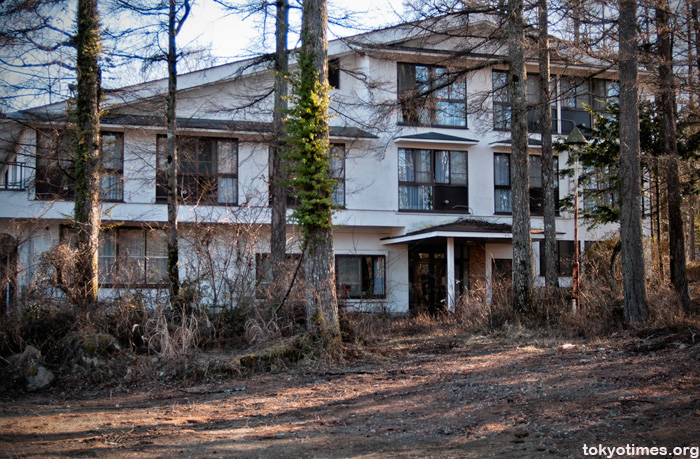 Possibly because of its location beside one of Mount Fuji’s famous lakes, the dampness throughout the structure — particularly on the ground floor — was staggering. 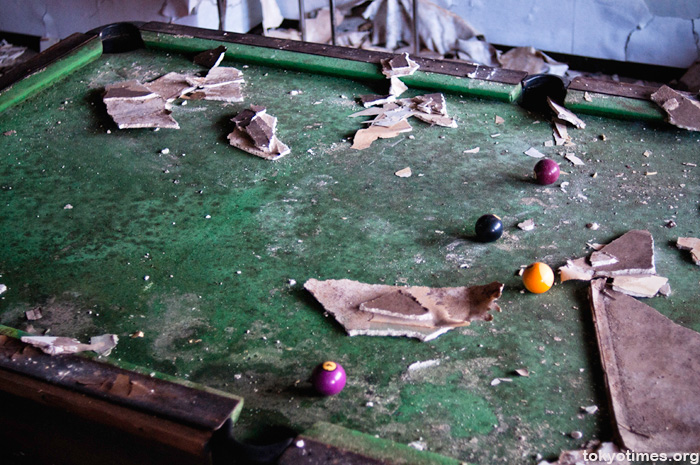 A problem that has gone way beyond rising, and is now simply all-encompassing. Even its iconic neighbour, bravely clinging to the wall, is now barely recognisable. 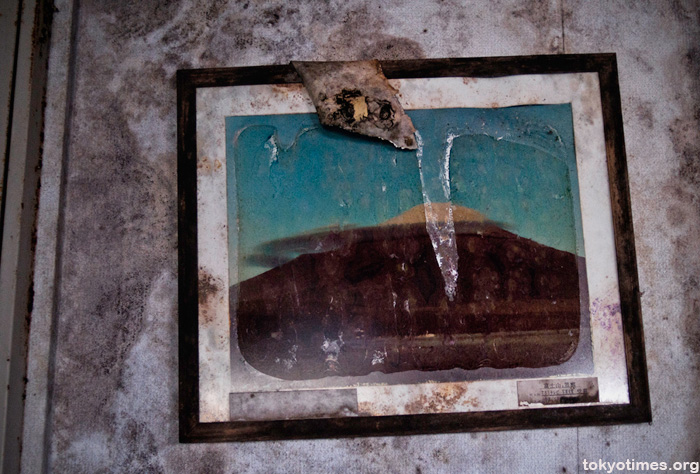 Fortunately, despite the decay, there were still a few of those previously mentioned reminders of the past, with the office revealing some of the activity that once went on there. 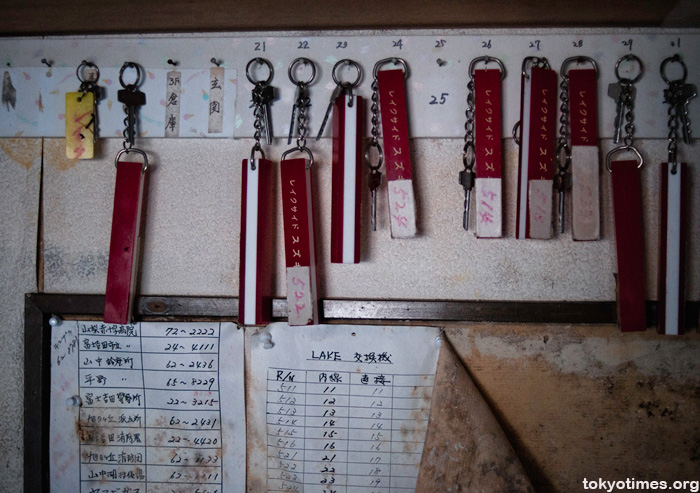 But all that came to a very abrupt end in 1996, when the business went bankrupt. The last people to check-in and enjoy what by then could have been the SPG’s quite dreary delights, being Shusaku Miyadera and four family members or friends. 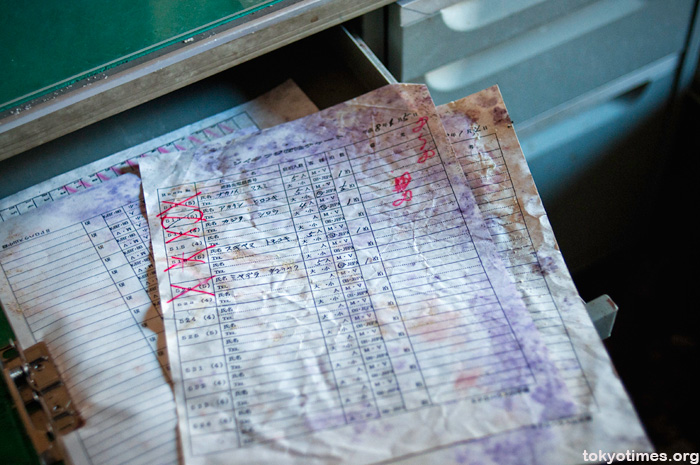 Elsewhere, it was simply more signs of the hotel’s fight with the forces of nature. 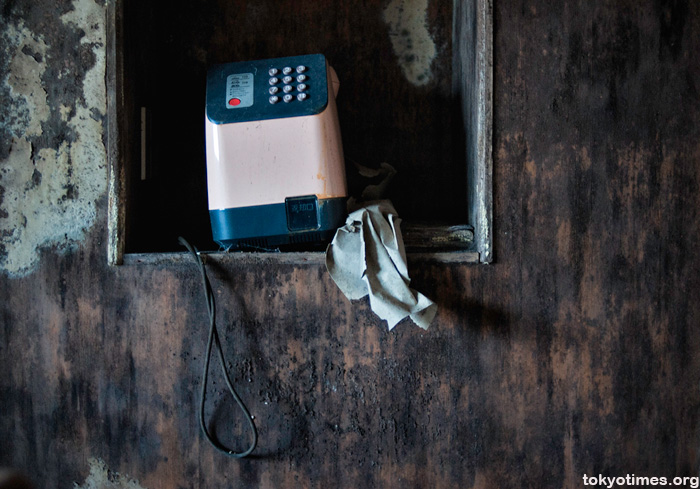 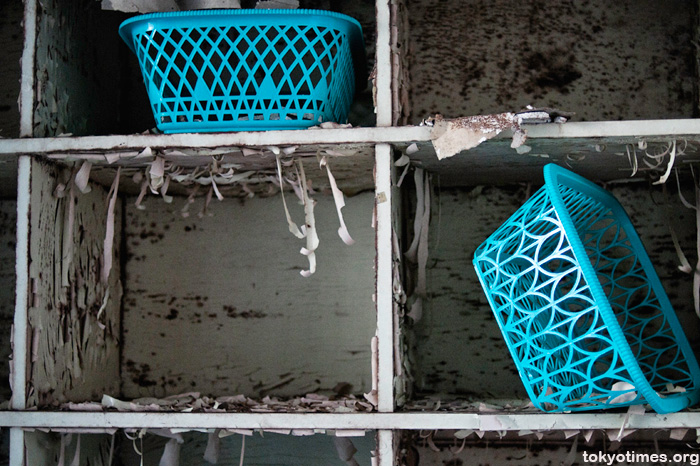 An unfair contest that has even turned everyday objects into fascinating, initially unrecognisable, forms. 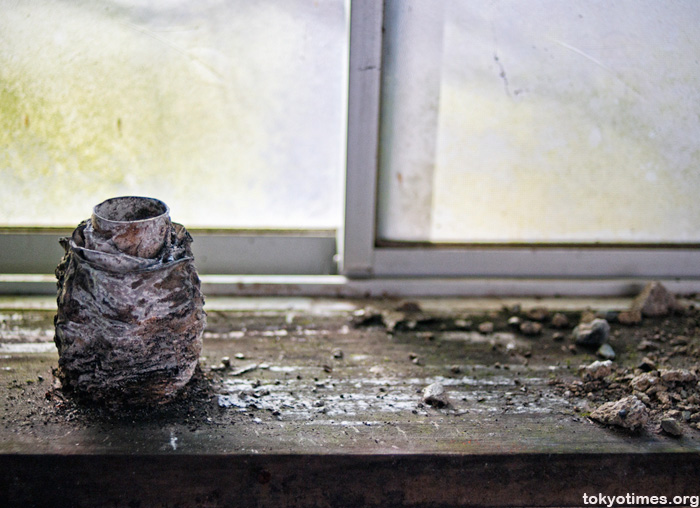 And in the guest rooms, moss in particular has begun to make a move. 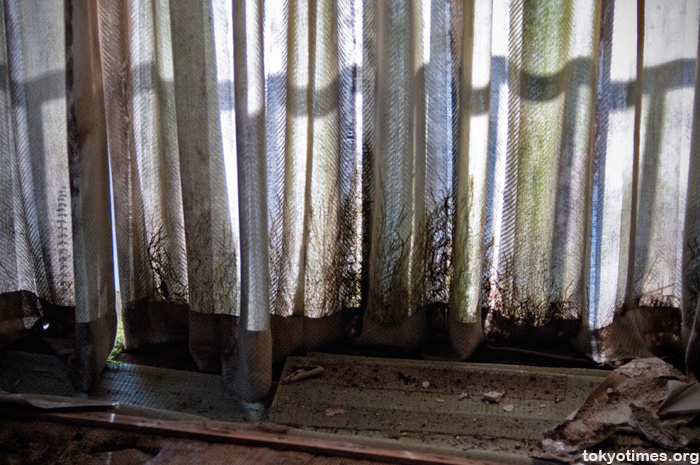 Some of it so wonderfully resplendent that it easily manages to outdo many moss gardens. 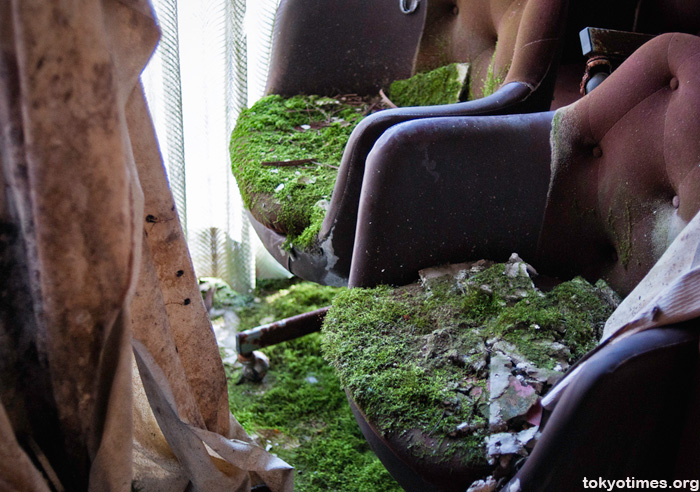