After visiting the abandoned but perfectly preserved mountain school last year, it seemed inconceivable that there was a similar haikyo out there that could match it. And in many ways, the incredibly decayed Shimo Ashigawa Primary in Yamanashi Prefecture, doesn’t. There are no desks neatly arranged. The sense that students may return at any minute simply isn’t there. Plus personal effects-wise, there’s very little left.

Yet despite lacking all of the above, it has an atmosphere and serenity that arguably makes it just as compelling. 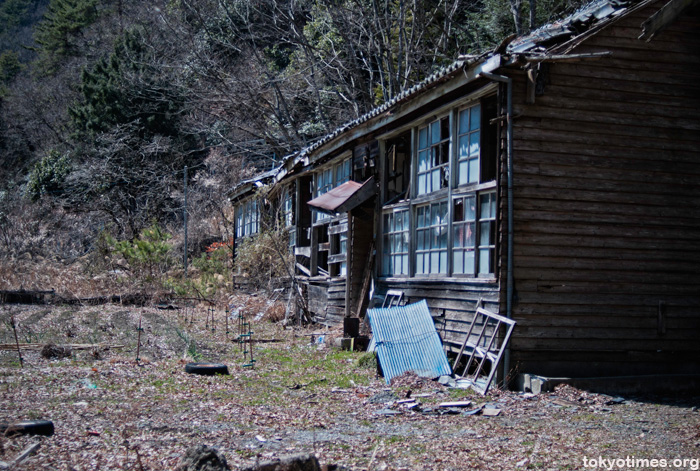 Situated near a river and behind a little enclave of houses a few hours from Tokyo, the structure in many ways mirrors the decline of the location itself. While clearly never a bustling metropolis, it was still a community that warranted a school, and along with farming, was one of the region’s many silk producers. In 2006, however, due to a steady decline in its population, the village was merged into the nearby city of Fuefuki, resulting in it and the surrounding district being dissolved. 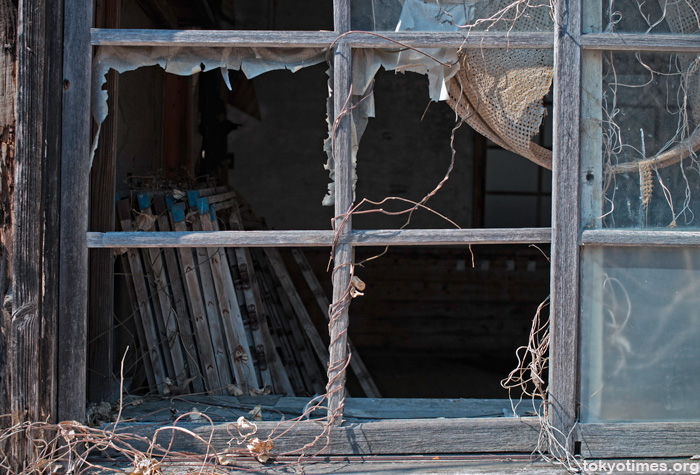 The school, on the other hand, disappeared long before that, although its history goes back much further. Founded in 1876, as well as existing in its current form since 1954, it must have been second home to countless children — not to mention a key feature of the small community. Yet the last time students walked along this corridor was 38 years ago. 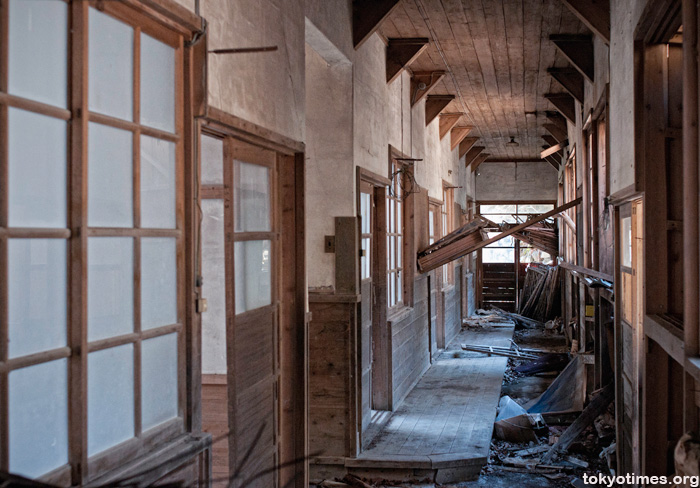 Since then, Mother Nature has slowly but surely began to claim the building back. Typhoons and winter weather, plus the school’s rather exposed location, have left the windows in a dreadful state — meaning the structure is now completely open to the elements. 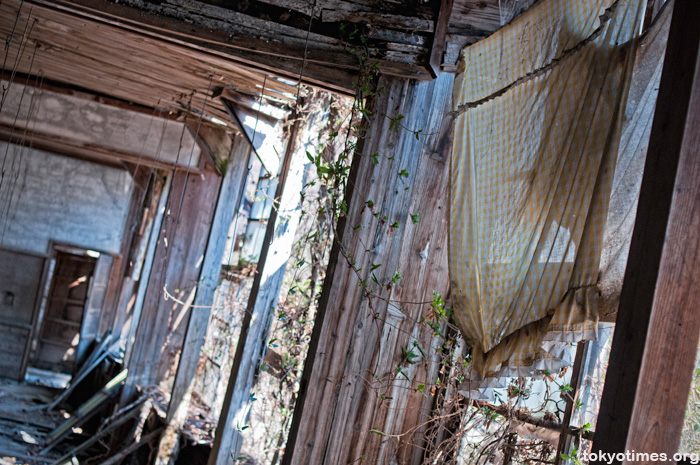 And it’s this aspect, especially on a bright, sunny day, that arguably makes the school so appealing. 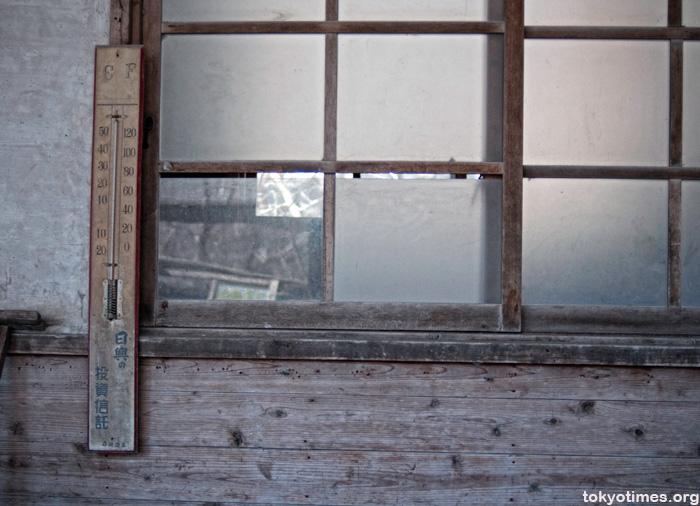 Yes, there are only a few mementoes of its previous life and inhabitants. 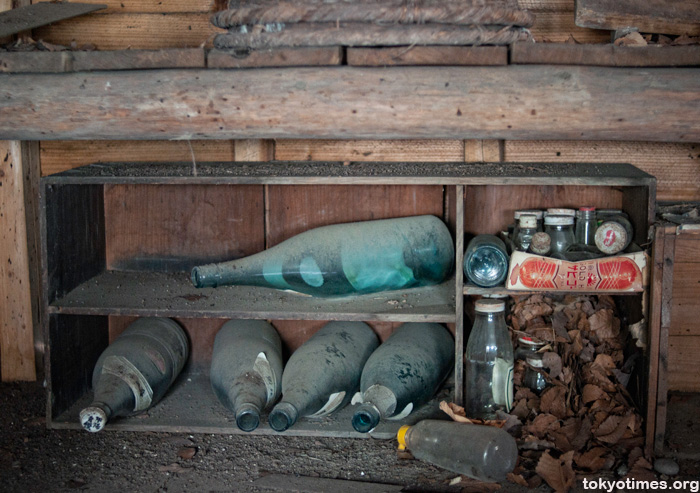 Elements that for me personally usually make such places so interesting. 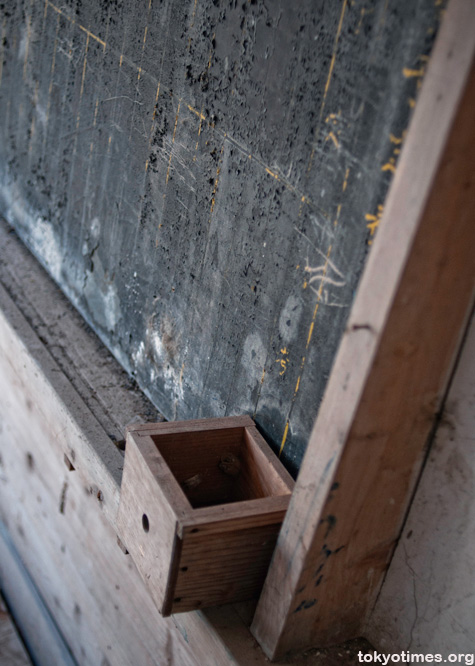 Most notable was some craftwork that one or two students probably poured their hearts and souls into. 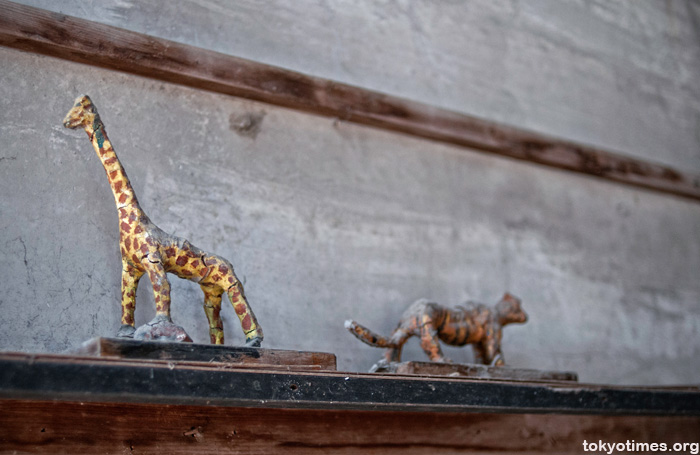 Along with this key that someone would have been in charge of. 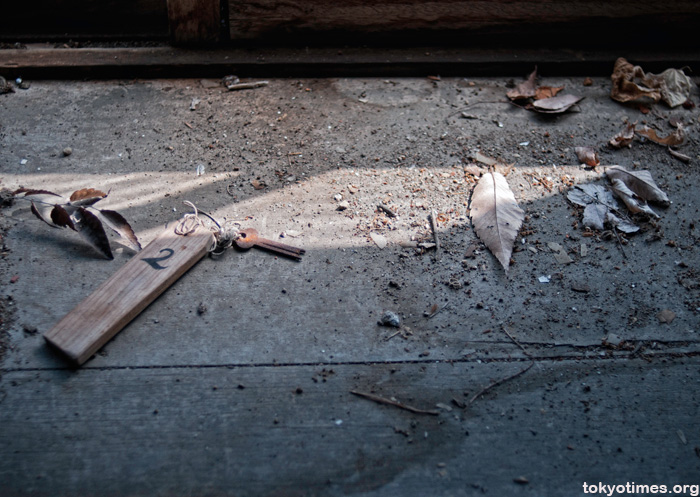 And an old can it may have been stored in. 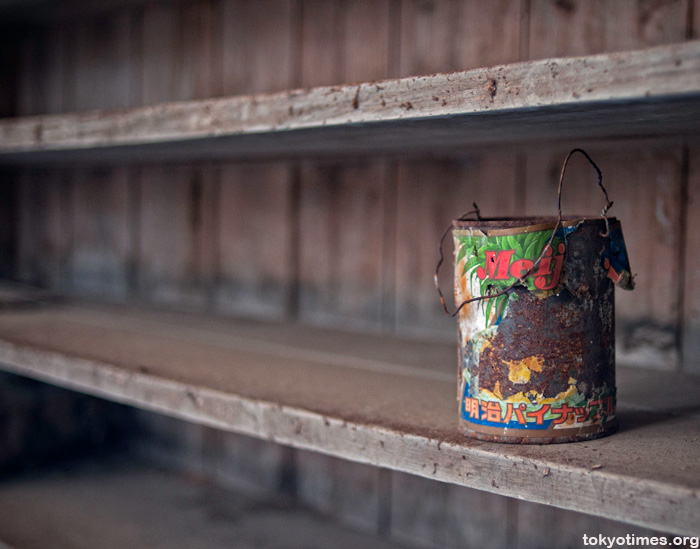 Plus there was this rather forlorn looking woman. A portrait that presumably meant something. To someone. At some time. 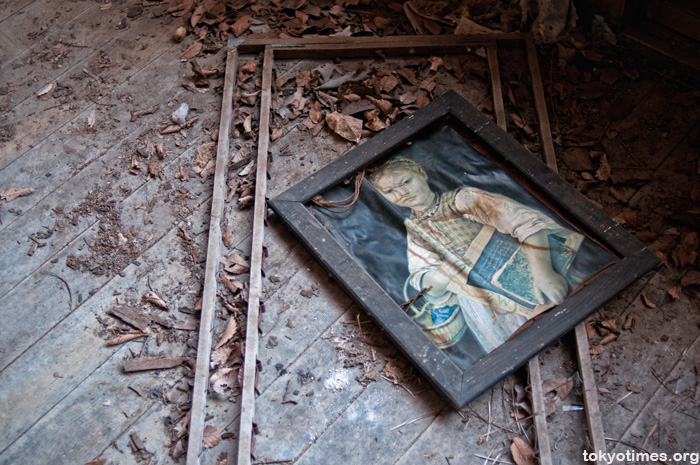 But regardless (or possibly even because of) these memories, it was just a wonderfully peaceful place to be. A feeling that even the building’s dubious status as a double haikyo couldn’t break.

Details are scarce, but after the school closed in 1974 — although when exactly and for how long isn’t clear — it was used in connection with the area’s aforementioned sericulture trade. The odd leftover cocoon, hooks hanging from the ceiling and silk production-related machines where desks once stood, giving the place a slightly surreal vibe. 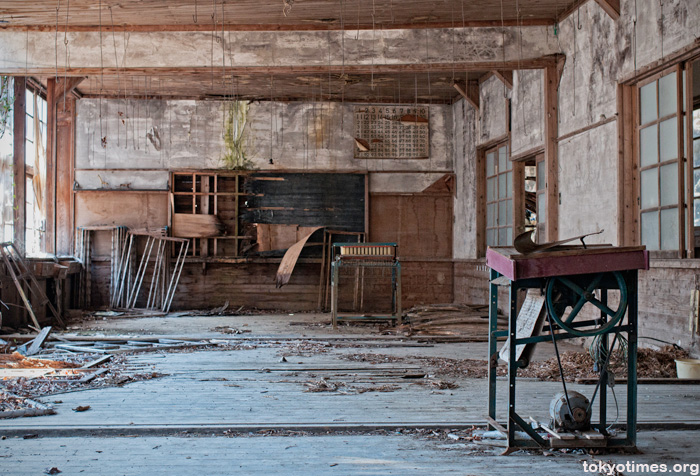 One that, considering its dilapidated state, may sadly not last too much longer. 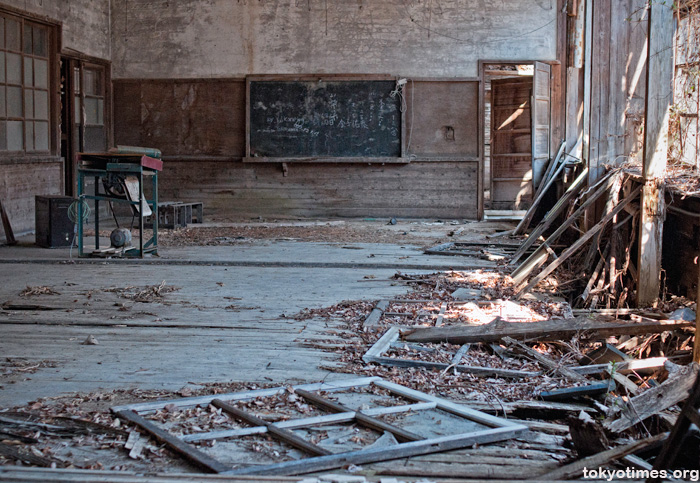 But while it does, it will remain very special indeed. 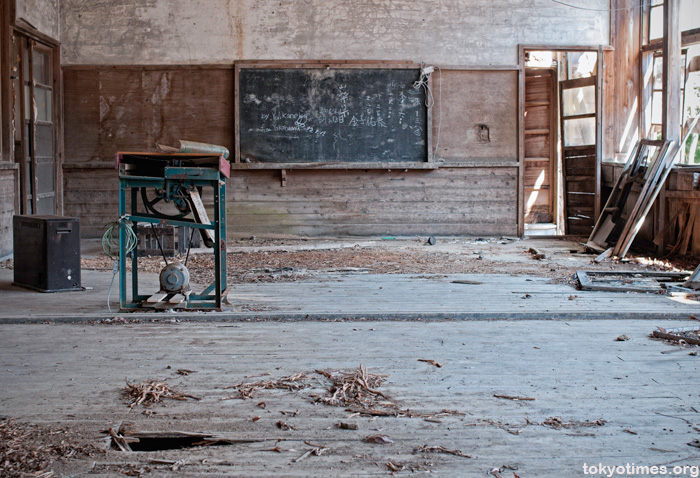