The very noticeable silence is a key ingredient of the whole haikyo/urban exploration experience — even more so when it’s a building more usually associated with music and laughter. A factor that makes noiseless and perfectly preserved schools especially atmospheric, and the same goes for bars with their unfinished drinks and hazy memories. 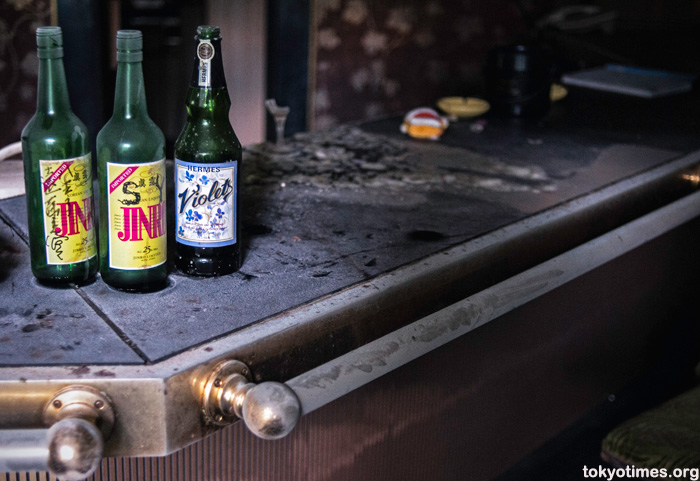 Tucked away in the corner of a long-closed and sprawling spa (photos of which I’ll post in the future), this tiny bar had more than enough silence to make up for its meagre size. And remnants of possibly the last drink to be poured there almost 22 years ago to the day, hint at what the atmosphere may have been like. 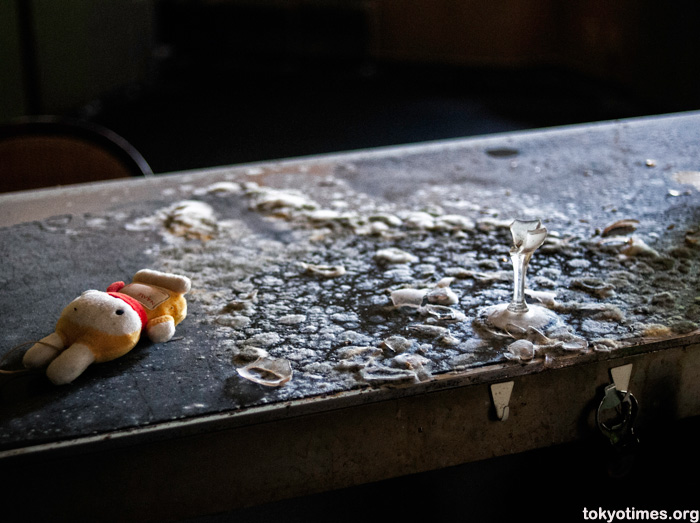 Then there are the empty request forms for karaoke, the bar’s bread and butter. 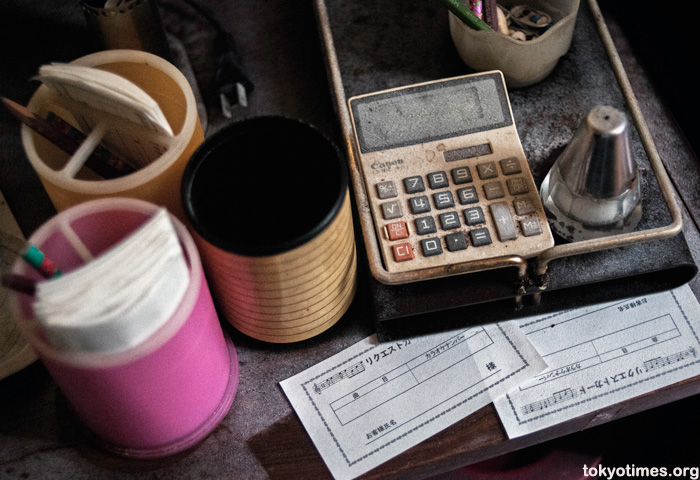 This enka track by Kanmuri Jiro being one of the choices. 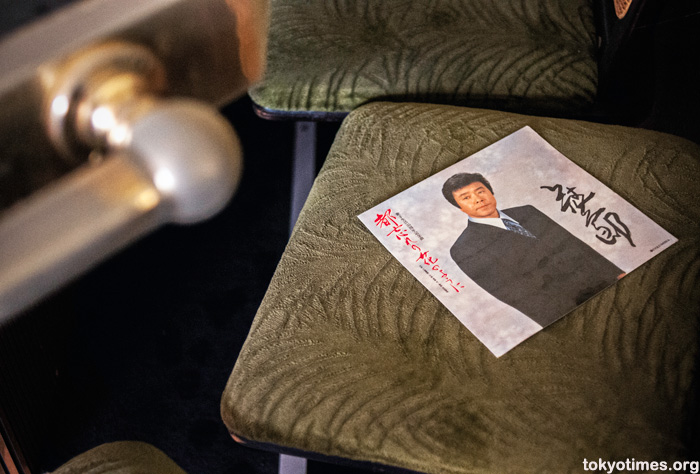 A cover version of which can be heard here, which gives a fair idea of the sounds the place once reverberated to, as well as the kind of customers that used to congregate there.

In fact the names of a few them are still knowable due to the system of ‘bottle keep‘. The varying degree of alcohol left in each bottle perhaps suggesting how regular a visitor they once were. 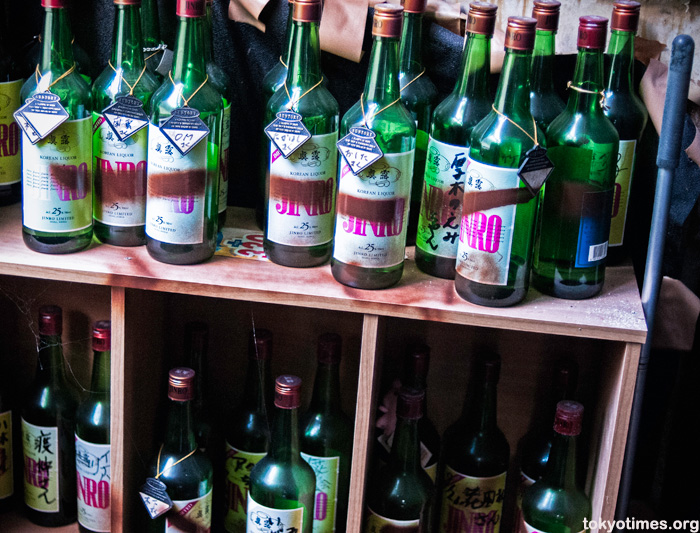 Although it’s clear that some had more taste, or at least money, than others. 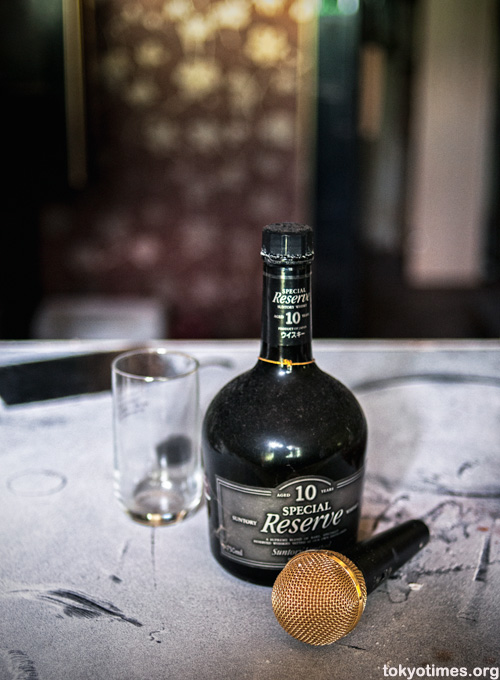 But that was many moons ago, and where they all sat and sang is silent. Ironically now a perfect compliment to enka, with its themes of love, loss and loneliness. 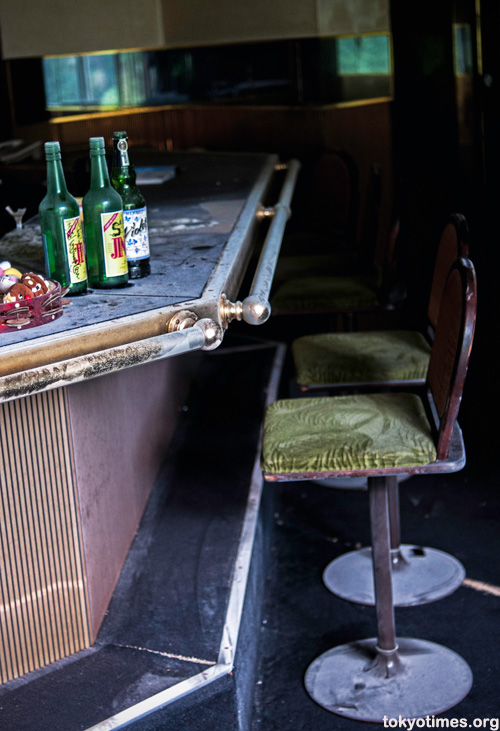 For the staff, however, it wasn’t just friendships to say goodbye to, but also a job, and this notebook behind the bar with its doodled ãŠã‚ã‚Š (the end) seems especially poignant. 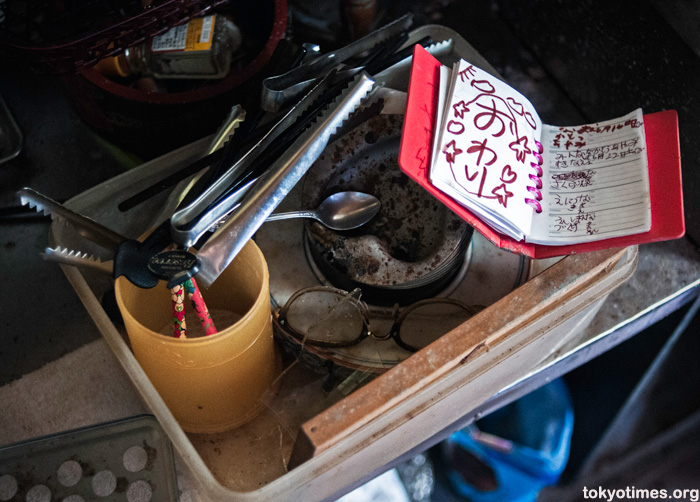