Arriving at the long-abandoned IK Hospital on a bright and unusually mild winter morning, the faded wooden buildings of the main hospital on the left, and doctors’ surgery on the right, were surprisingly welcoming. 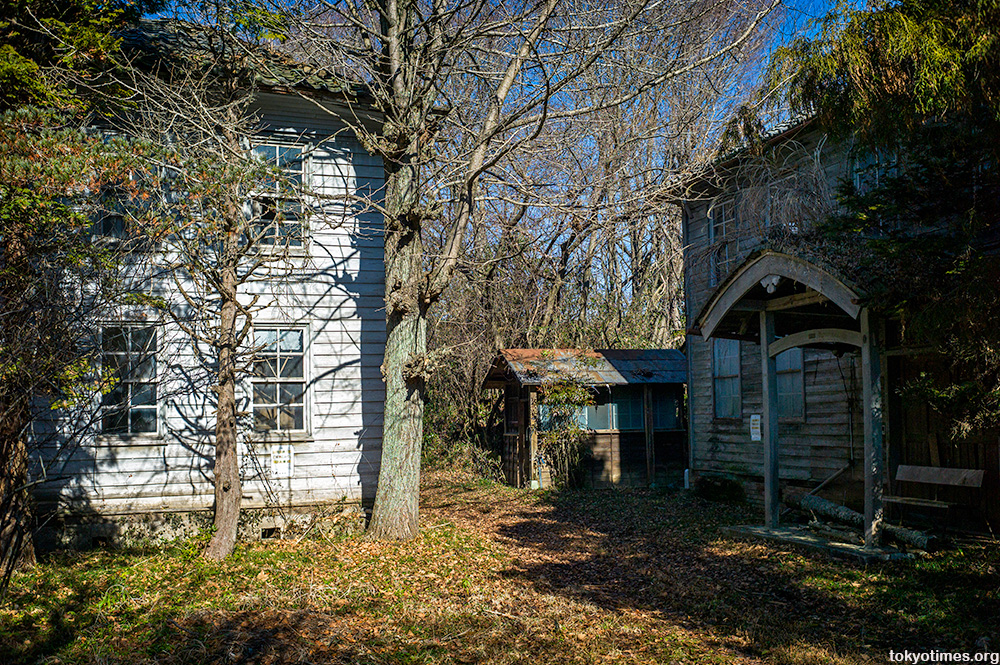 In the shade and the surgery, however, it wasn’t quite so appealing. The entrance immediately suggesting the interior would be very different. 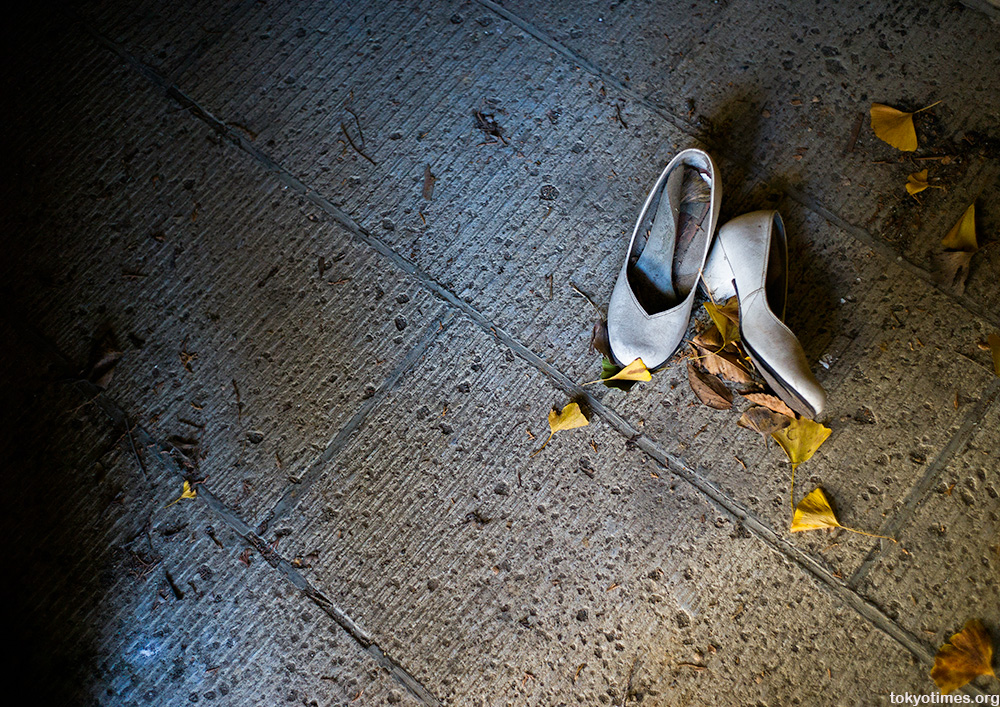 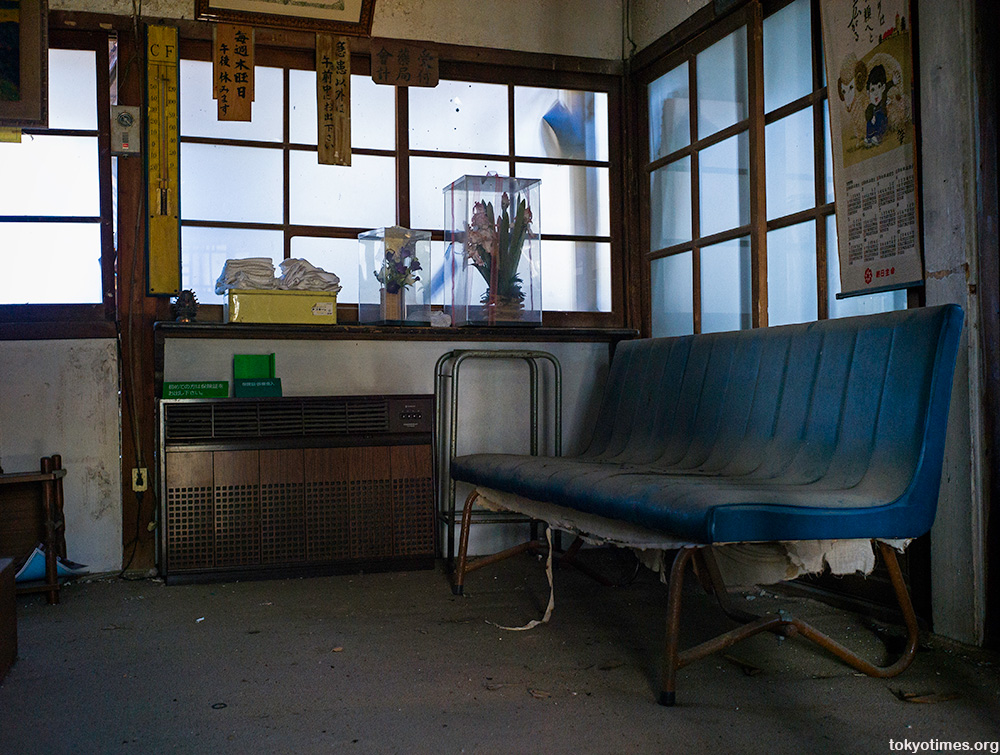 A decidedly gloomy atmosphere that the wall hangings and random ornaments completely failed to dispel. 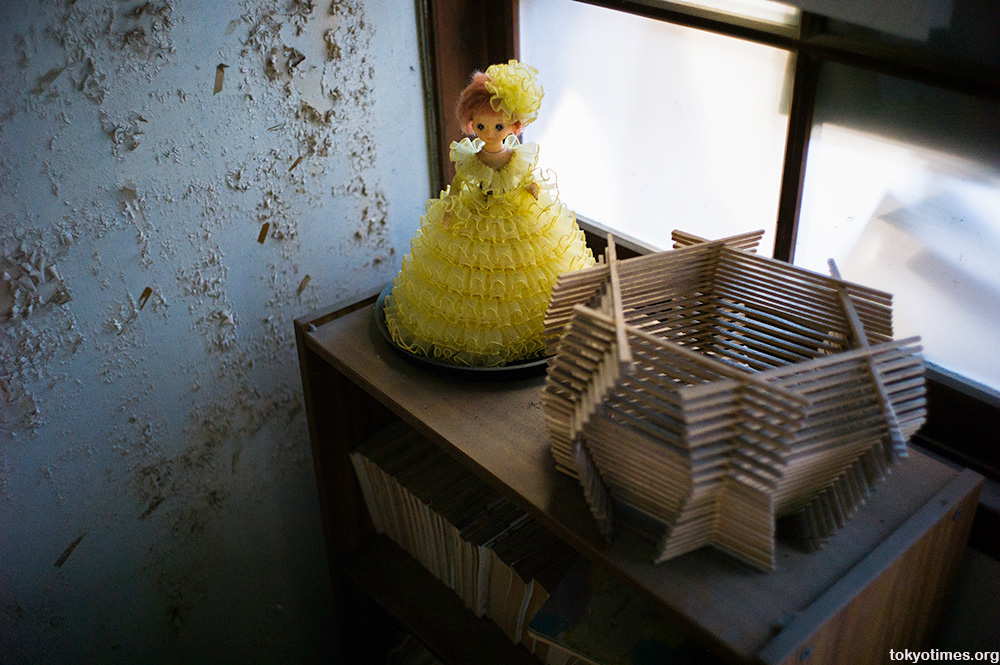 Opened in 1951, the hospital specialised in internal medicine, paediatrics and obstetrics/gynaecology. And being very much on the small side — with only 8 or so rooms in the hospital, and half that in the surgery — it’s easy to imagine it being a relatively quiet, close-knit institution. Particularly so as it served a fairly rural and sparsely populated area.

But now it merely serves as a reminder, and similarly there are lots of them in regards its former function, with a whole host of medical equipment and paraphernalia strewn about the place. 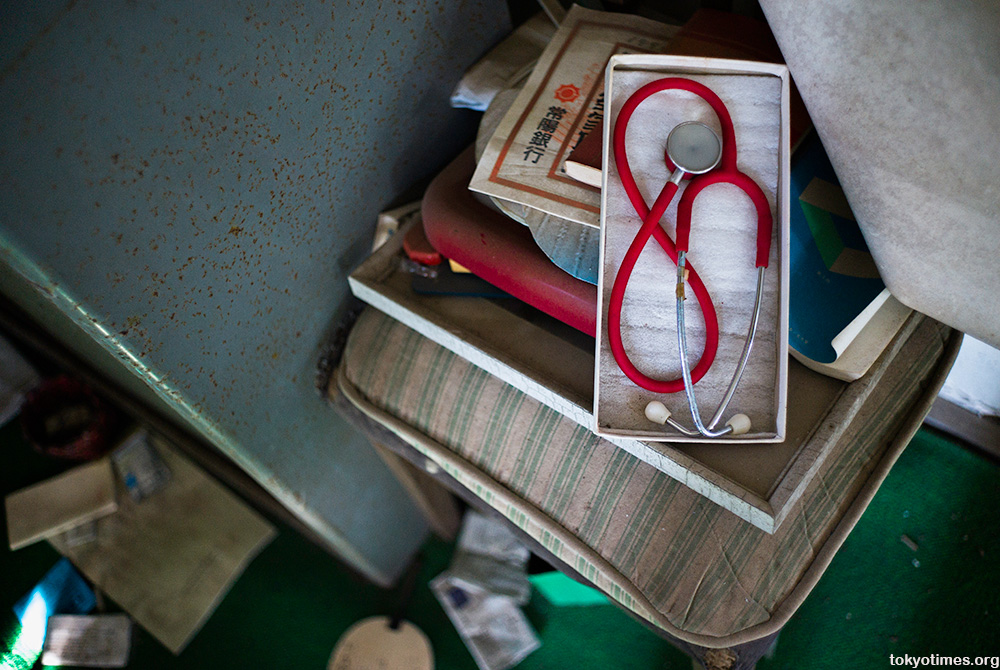 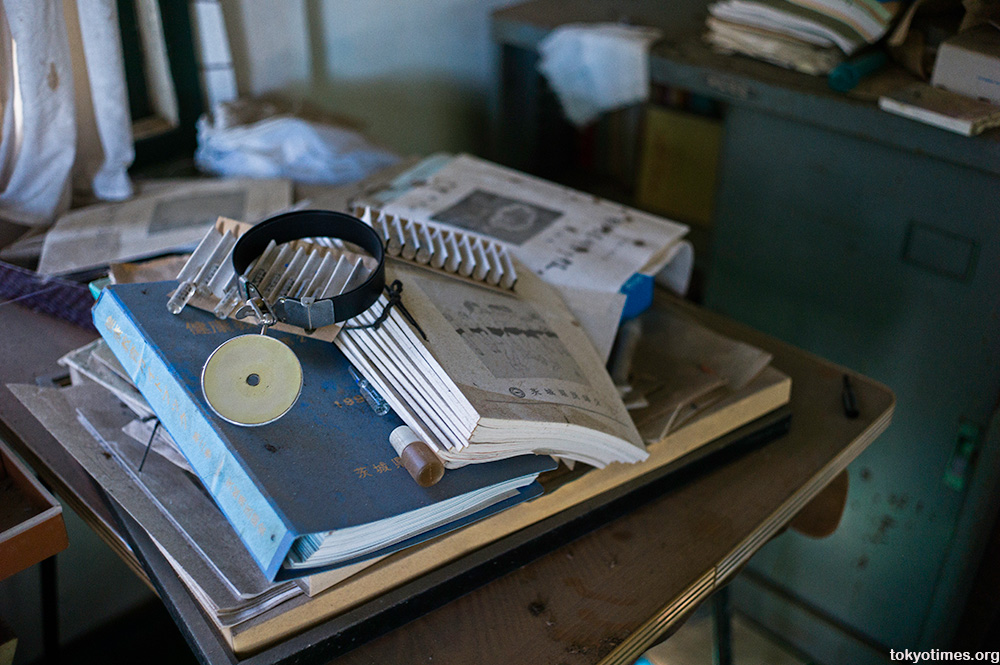 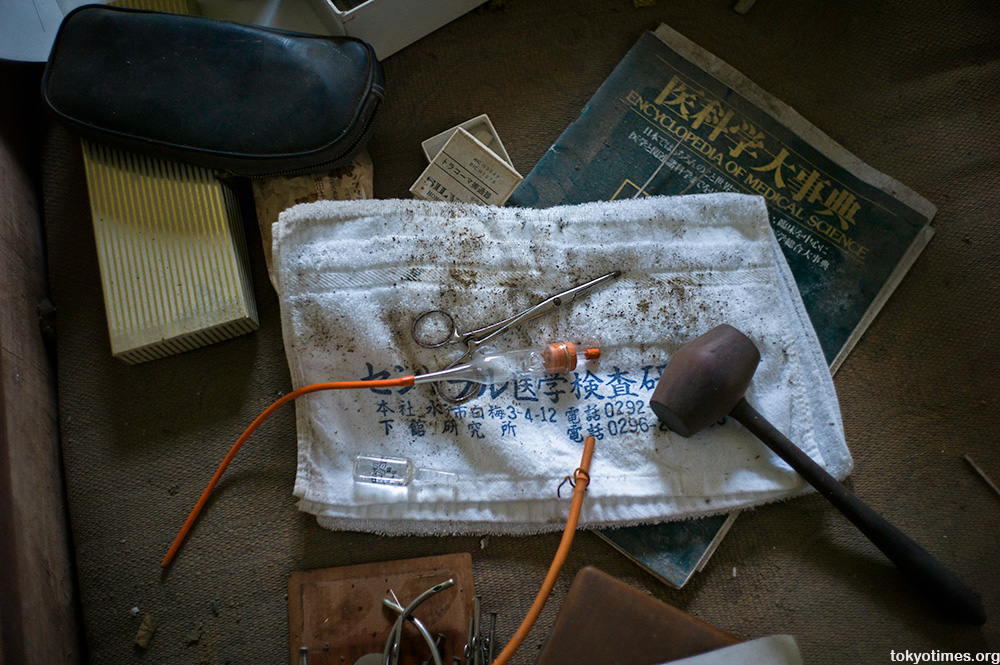 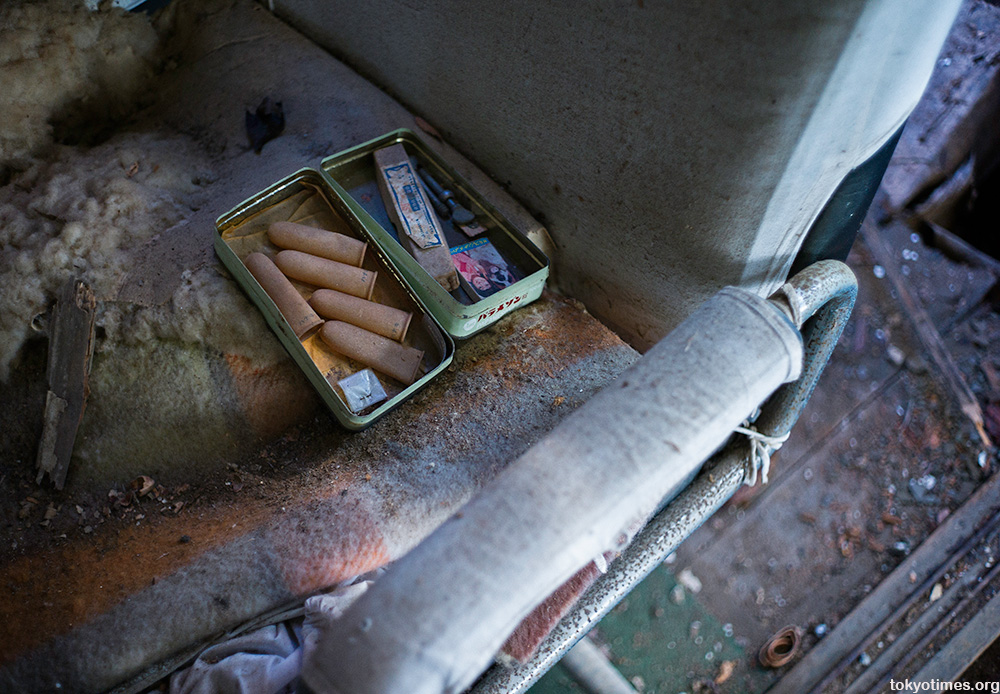 Along with more administrative details such as memos and phone numbers. 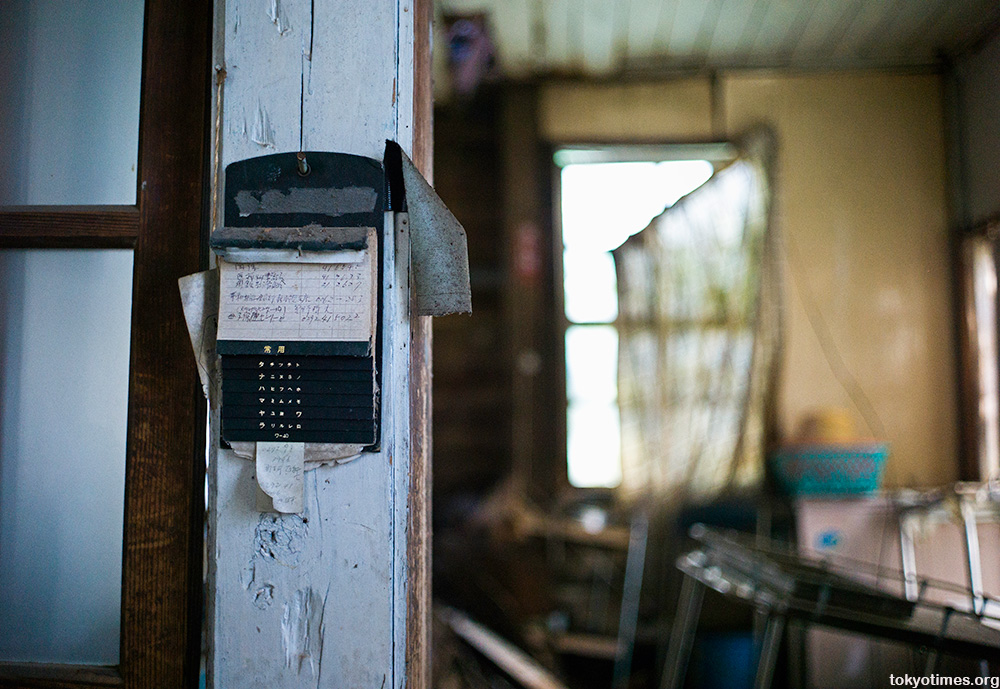 Not to mention the means of communication. 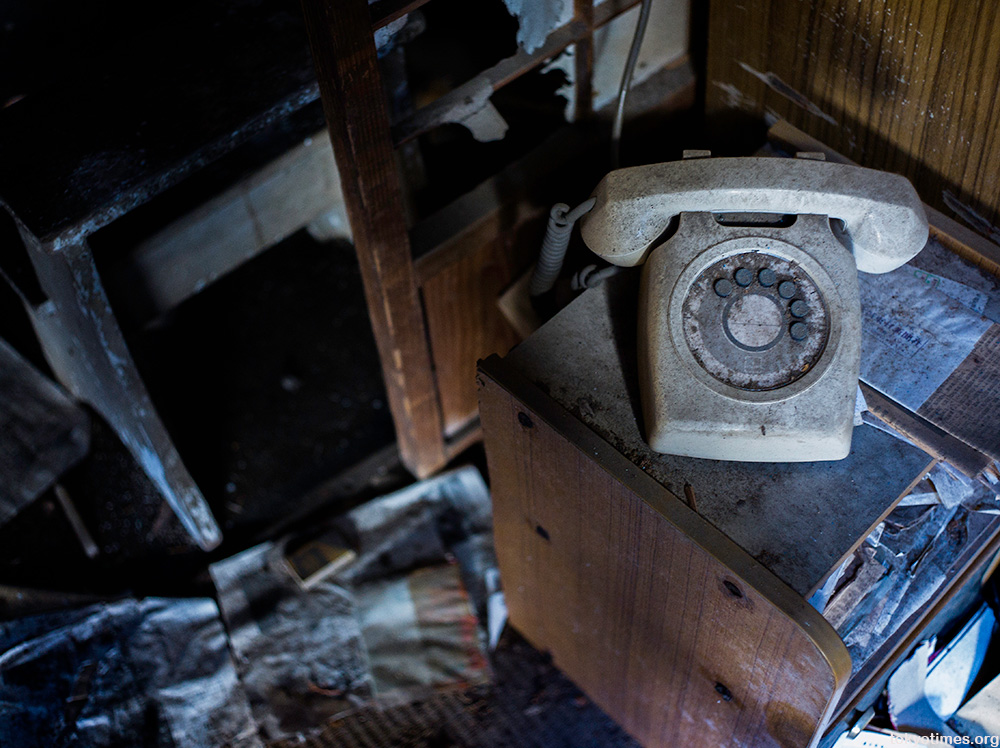 Time and the elements, however, have really taken their toll. Subsidence is presumably a major factor, which has left some parts almost completely intact, and others in an absolutely dreadful state. 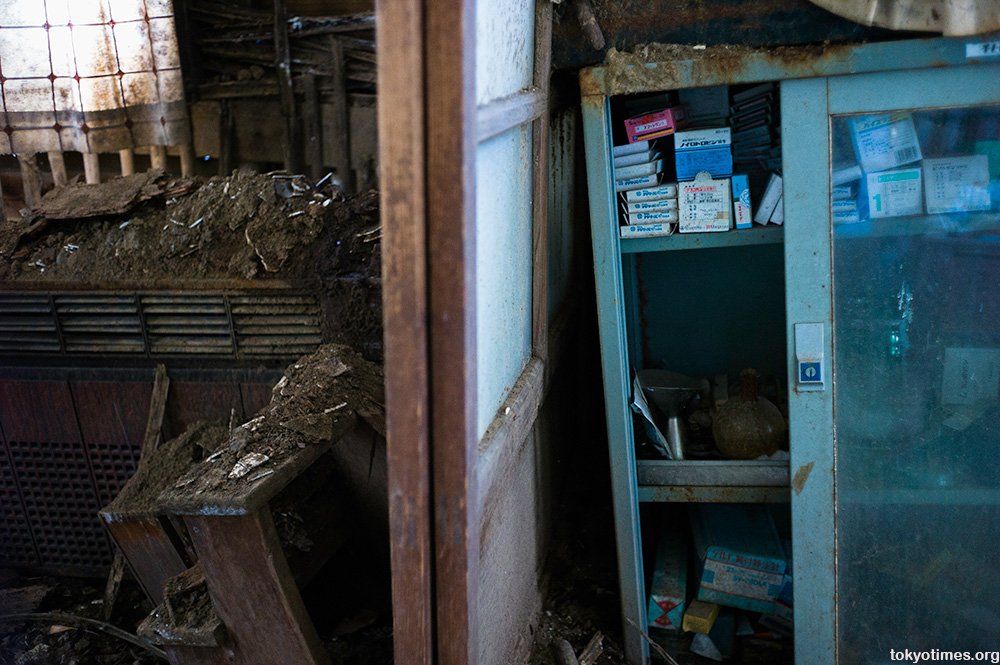 A fair bit having fallen down completely, with other sections rapidly heading that way. 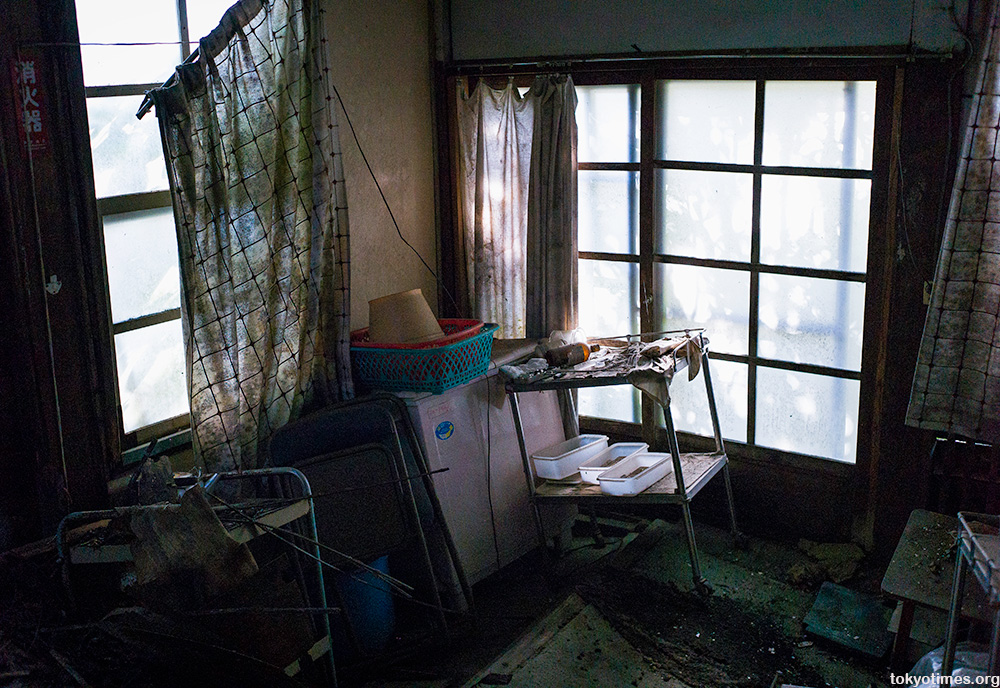 Taking, as they go, even more reminders of the past. 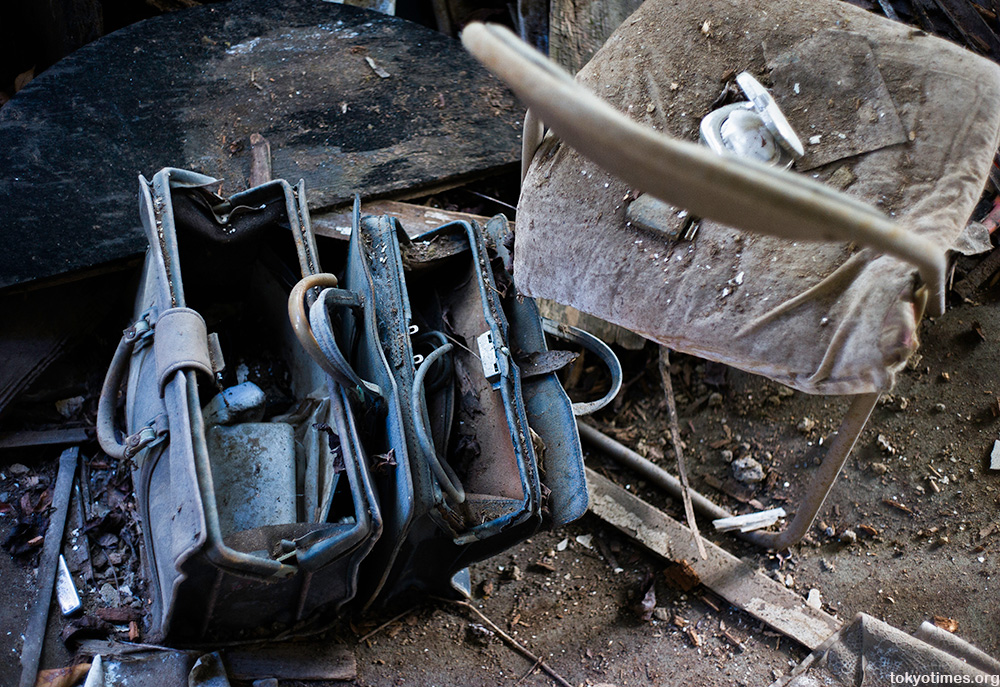 And it’s the past that in many ways makes the hospital so unique; something that is generally a factor with most haikyo/abandoned buildings. Whether it be a once opulent politician’s house, remote mountain village or memory-filled school — they all have stories to tell. Yet none of them are as shocking as the one belonging to the IK Hospital.

Back in 1992, for reasons undocumented, it’s reported that the head doctor went berserk, killing both the staff and patients — each and every one of them. A truly nightmarish event that obviously meant the immediate closure of the facility, and in turn its abandoned state today.

Details are unfortunately scarce, with numerous mentions on Japanese sites never linking to an actual news report, but it is assumed the murders occurred in the main hospital building — a structure that these days gives little away in relation to the horrors that went on there. 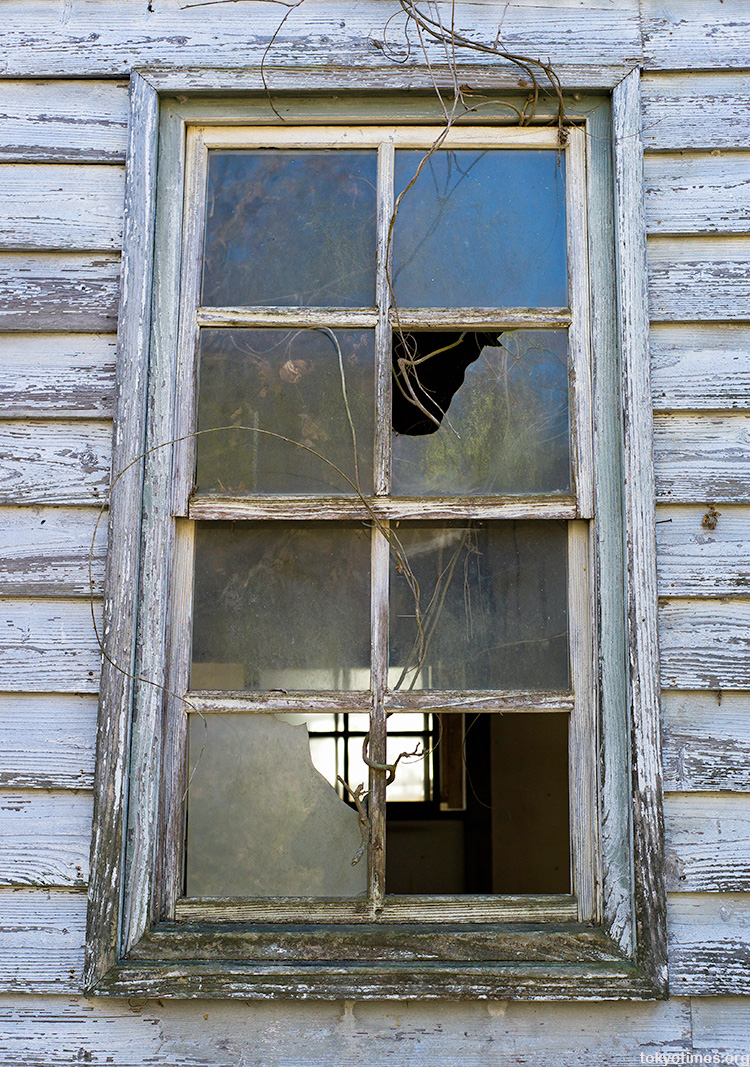 It too has suffered some pretty severe damage over the years, but unlike the surgery, it’s empty, with nothing in the way of hints about the murders, except perhaps this sad, solitary picture. 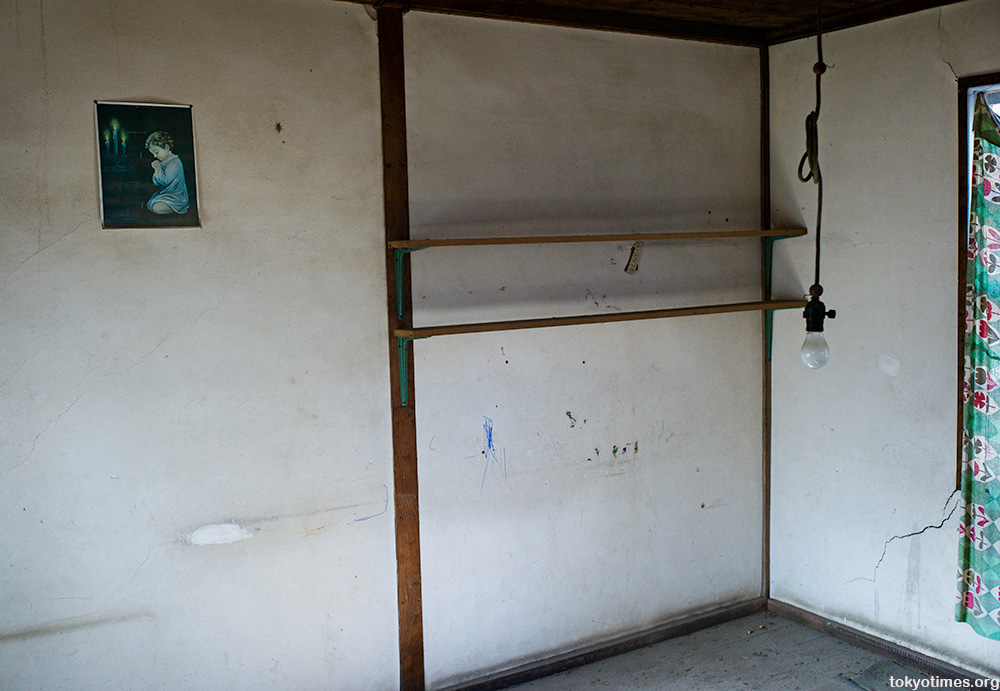