Even though it’s only one building, Midori no Sono nursery school felt like two very separate haikyo: the possession filled rooms of the sadly deceased owner that were featured last time (photographs of which can be found here), and then the actual school itself.

Just like other abandoned schools, and in particular this incredibly preserved one up in the mountains, it’s the complete silence that was once again the most notable feature. 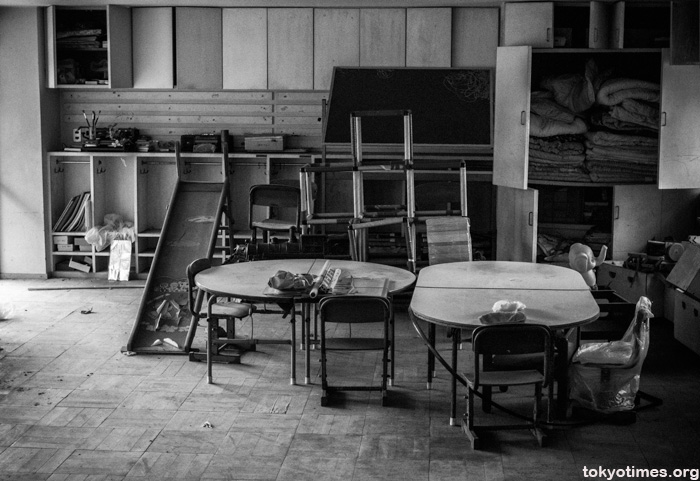 Clearly music practice was a regular occurrence, but it’s not anymore. And hasn’t been for many years. 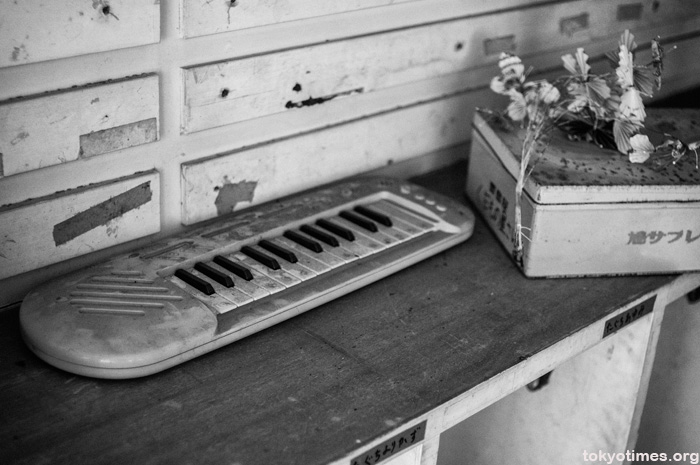 So instruments that were once functional, as well as part of the furniture, 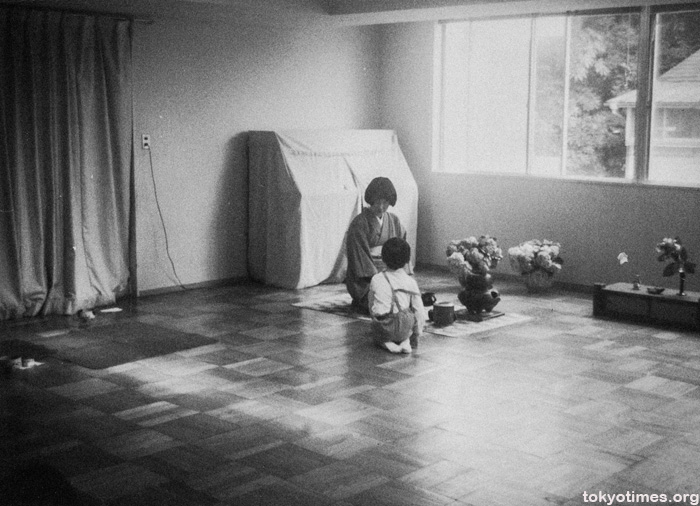 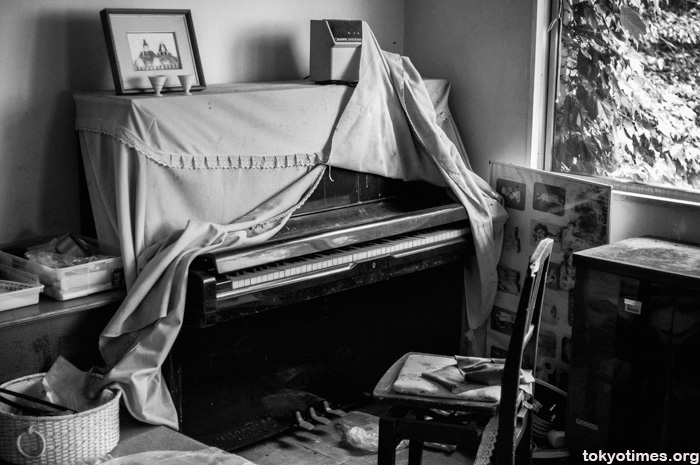 As do the chairs once used for that regular feature of school life, student photographs. 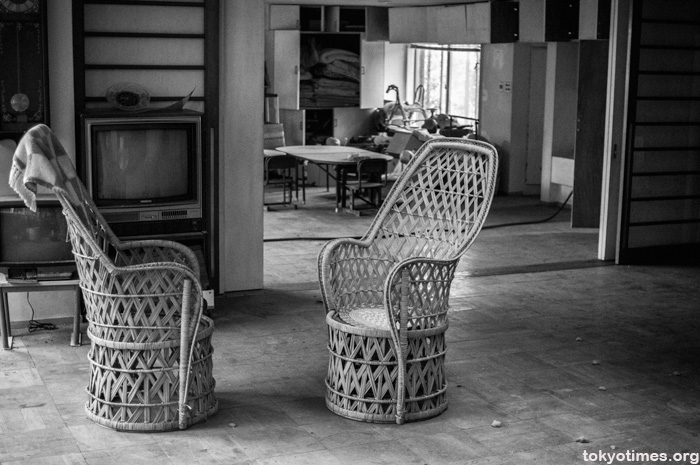 Although it’s probably fair to say that the students looked more uncomfortable then, than the seats do now. 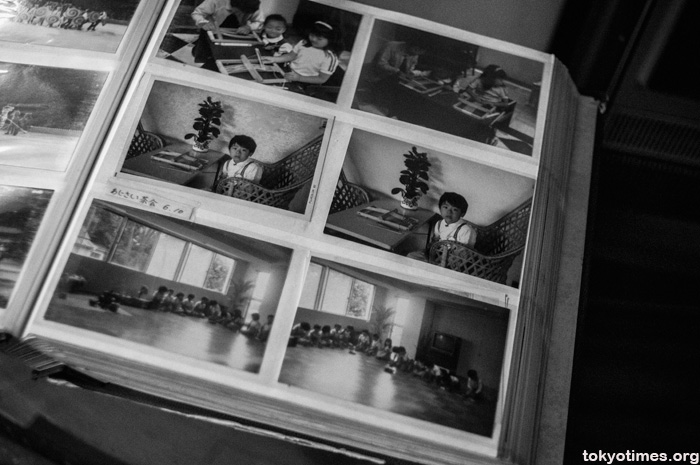 Elsewhere, it was more of the same: Everyday items. 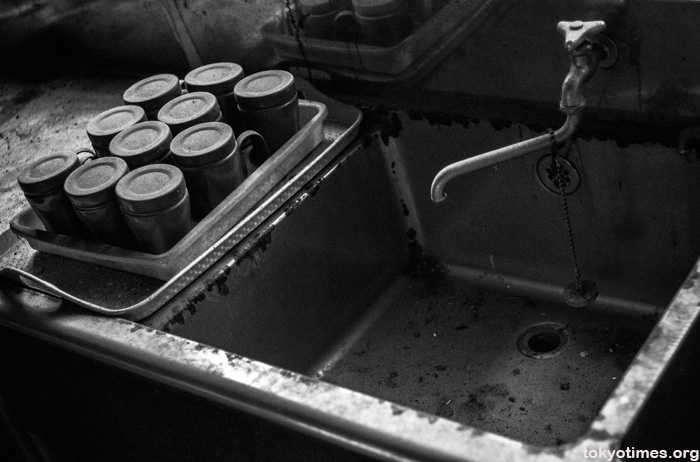 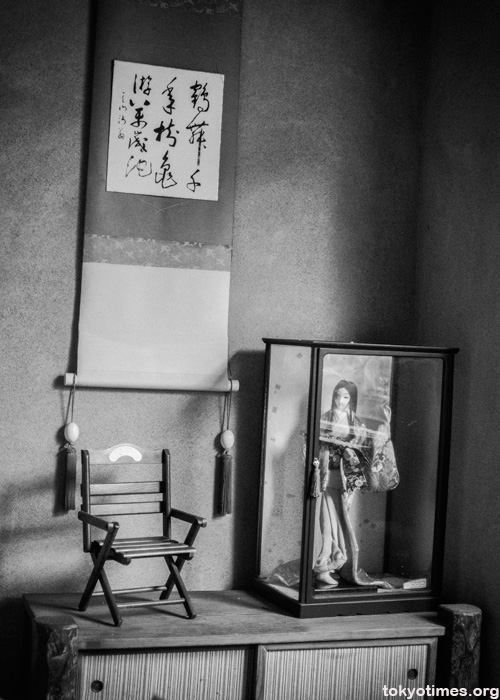 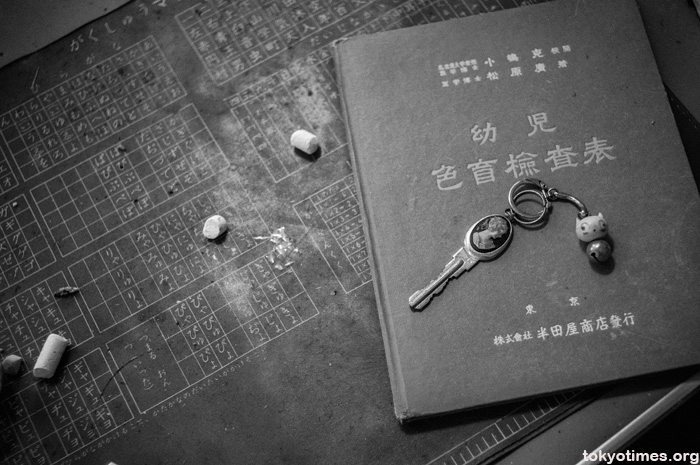 And toys. All of them left behind. 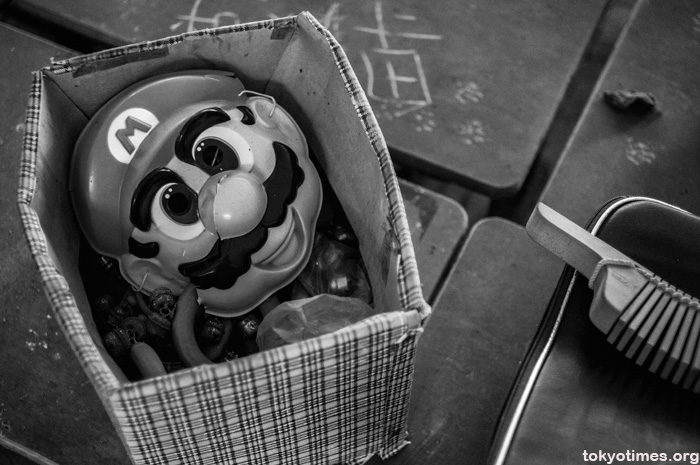 Along with rooms that while full, seemed incredibly empty. 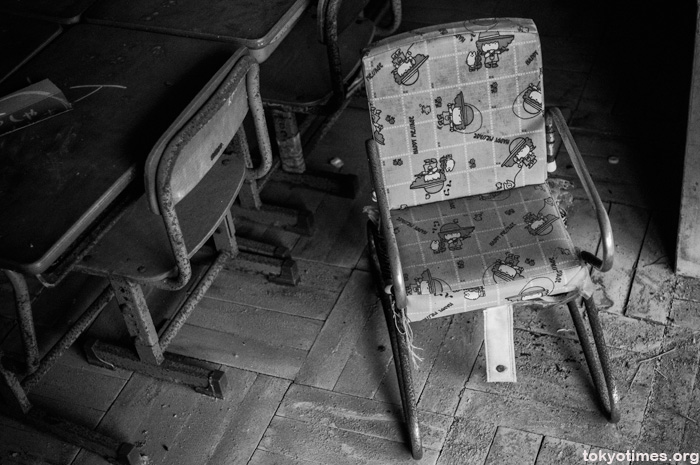 The only sign of (relatively?) recent life being these tracks in the kitchen; a flood having covered part of the ground floor with a now dry and cracked layer of mud. 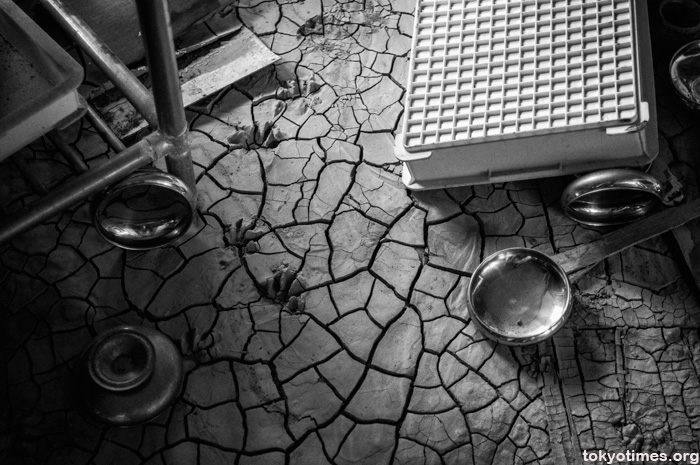 But other than the unidentified beast, the place was pretty much completely untouched — presumably just as it was when the last of the teachers left. 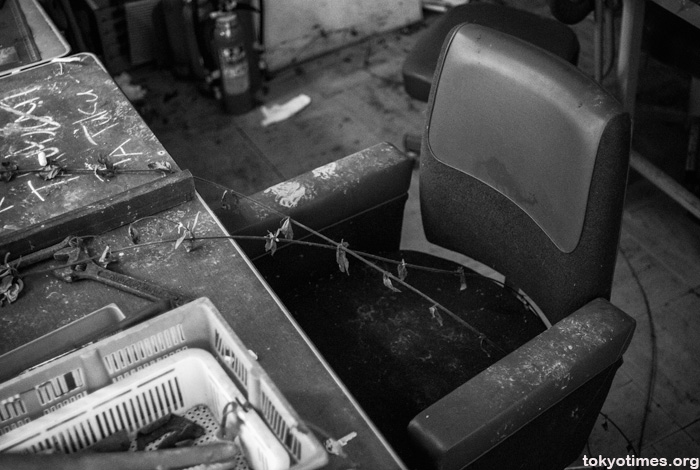 A little over 20 years ago.