Long-abandoned homes aren’t uncommon finds in Japan, but western-style ones are another matter altogether. In fact the only one I’ve ever had the pleasure of exploring was a wealthy politician’s house. A building so grand and beautiful that it more than made up for never finding anything even remotely similar. Or at least it did until I became aware of the villa below. 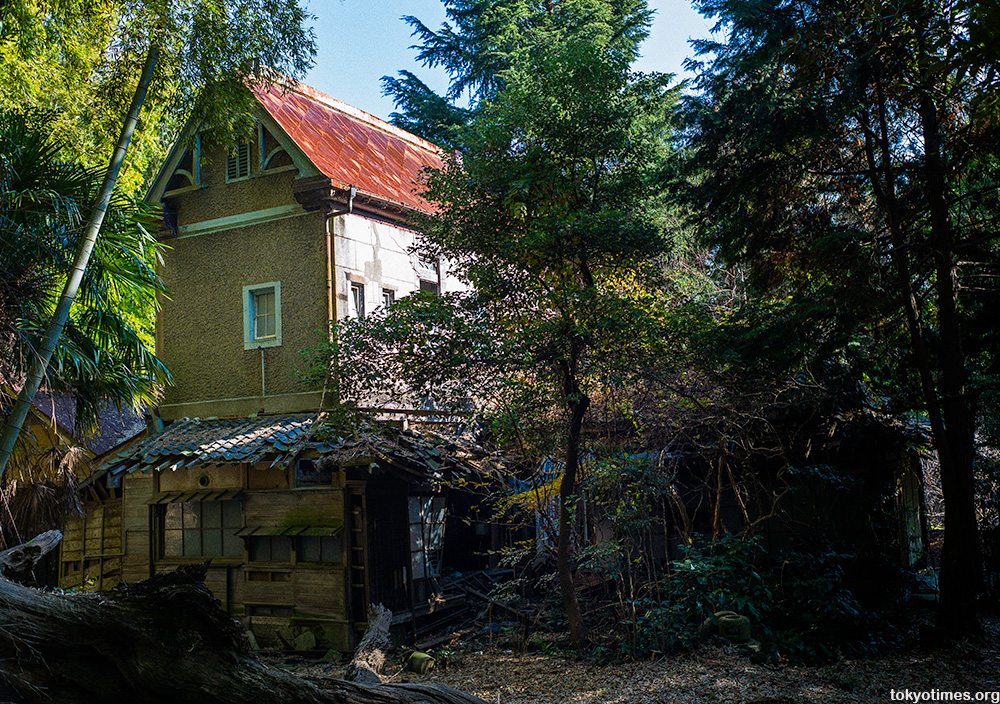 Built in 1922, it’s fascinating to imagine how truly unique it must have been. A little bit of Europe amidst the rice fields and wooden structures of rural Japan. 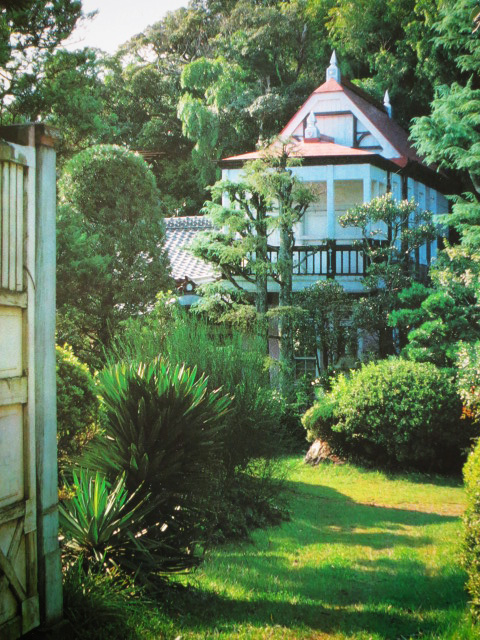 But that was then and this is now. The wooden structures and rice fields are still there, but the villa itself is looking decidedly worse for wear. The ground floor especially is in an incredibly forlorn state, although not quite as sorry looking as this unidentified beast that greeted us upon our arrival. 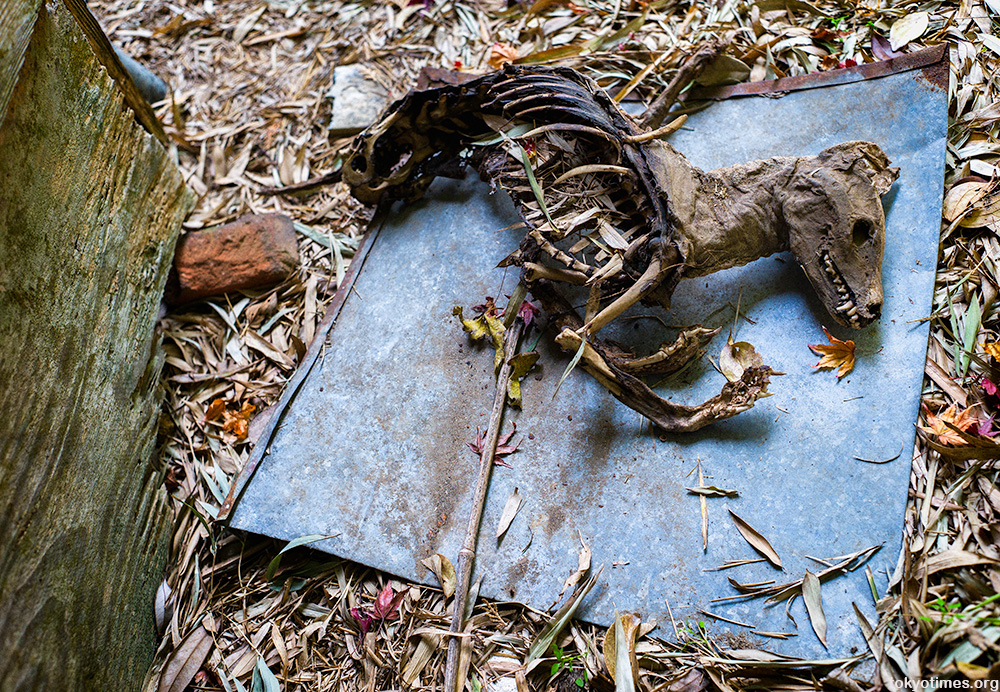 Empty, staring eyes that are also on display inside. Quite fittingly in both a western form. 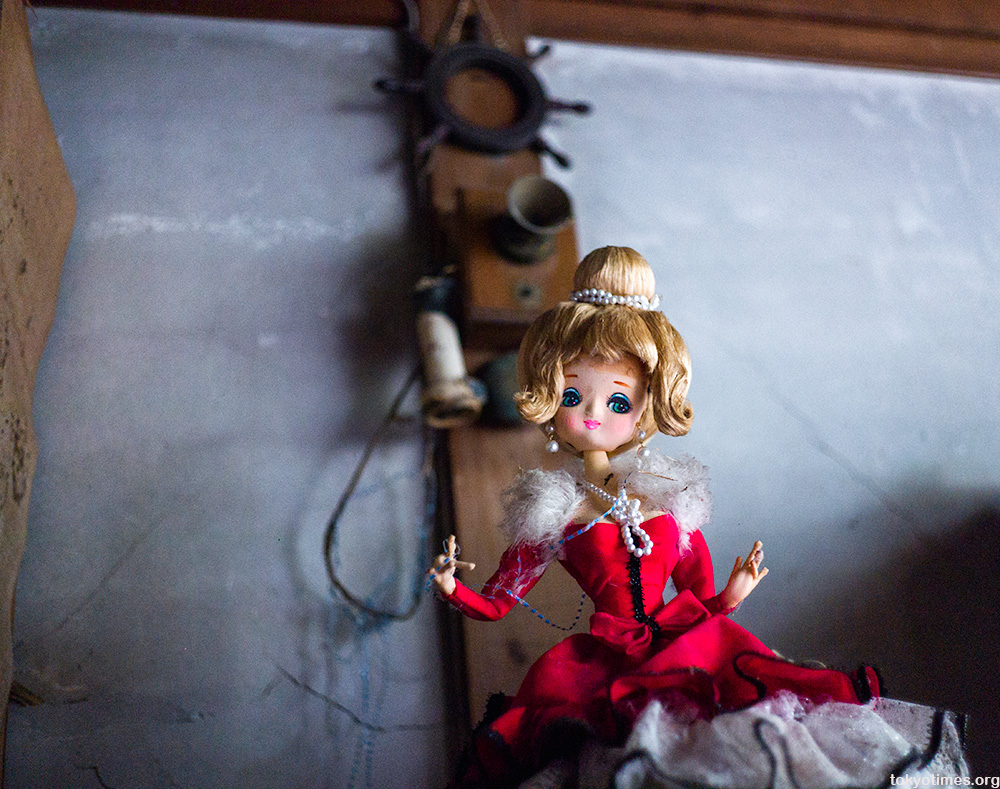 And a much more traditional one. 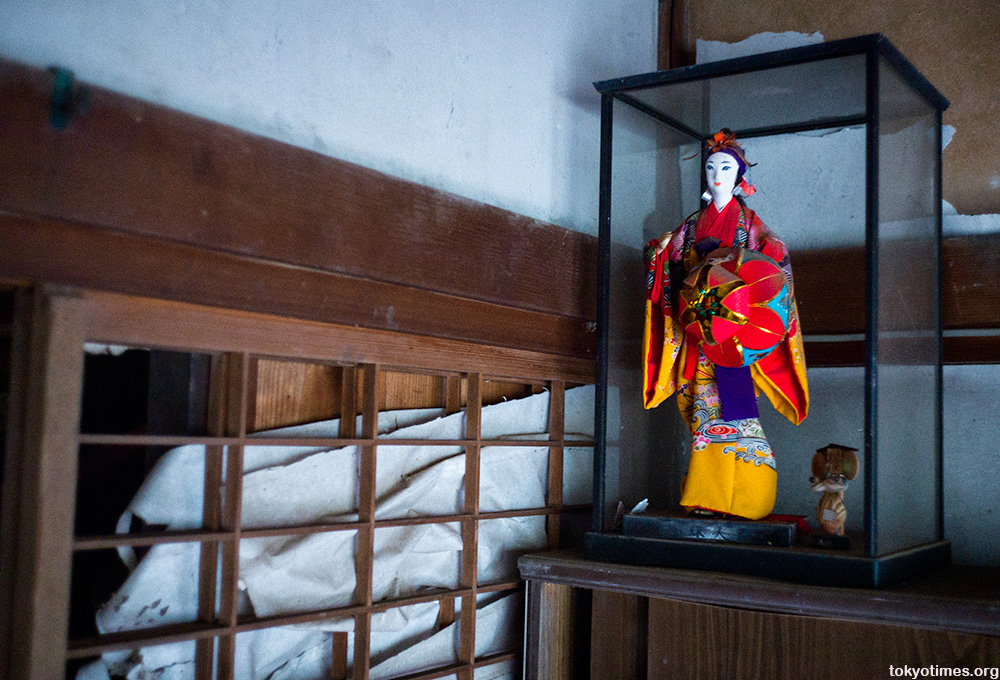 Plus there are the faces of the people who once lived there. 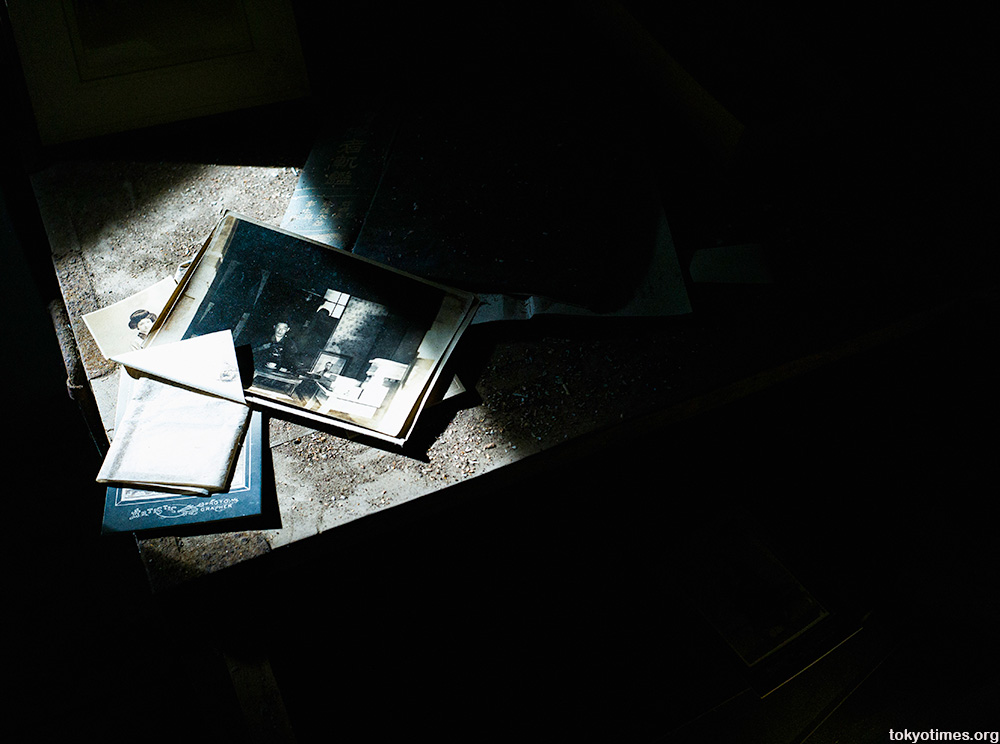 Or if not the residents, then at least their relatives. 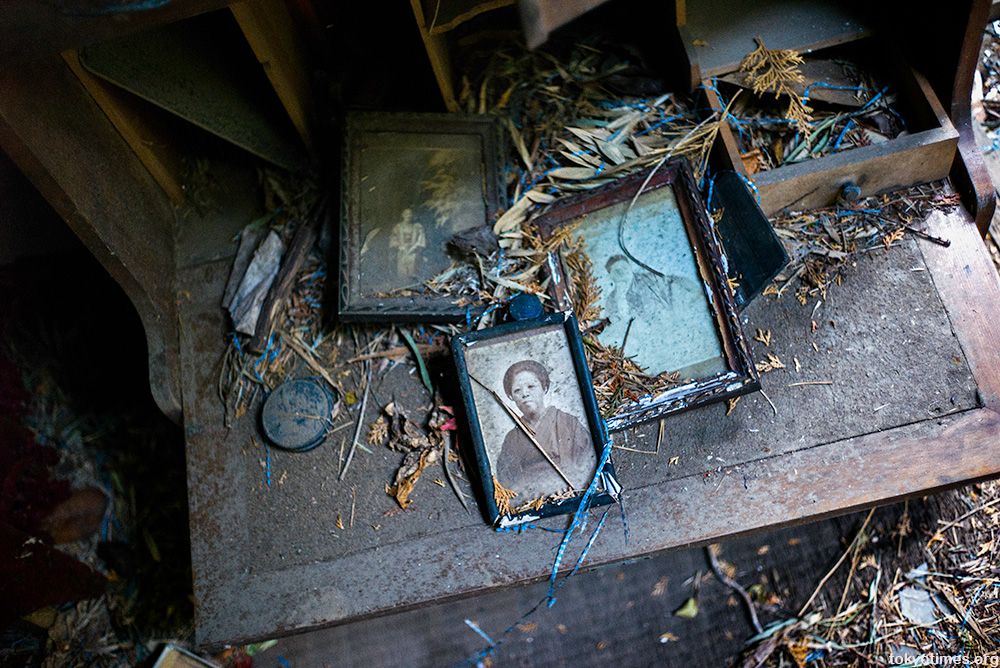 Strangely personal items that only add to the silence made all the more noticeable by the home’s now defunct forms of entertainment. 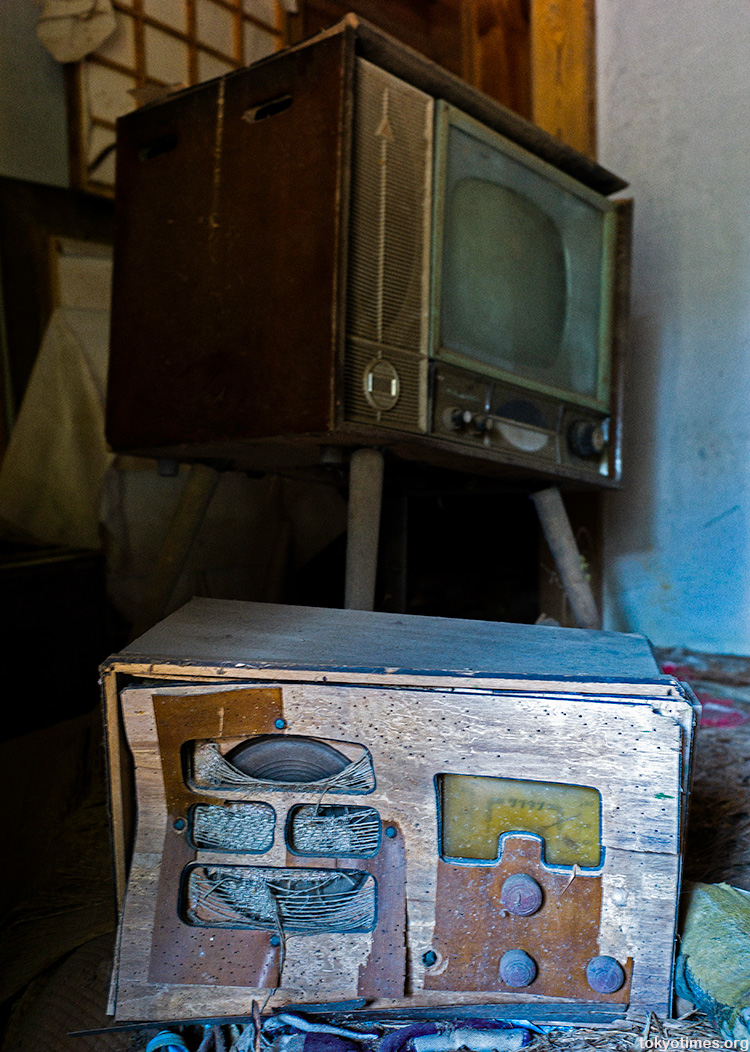 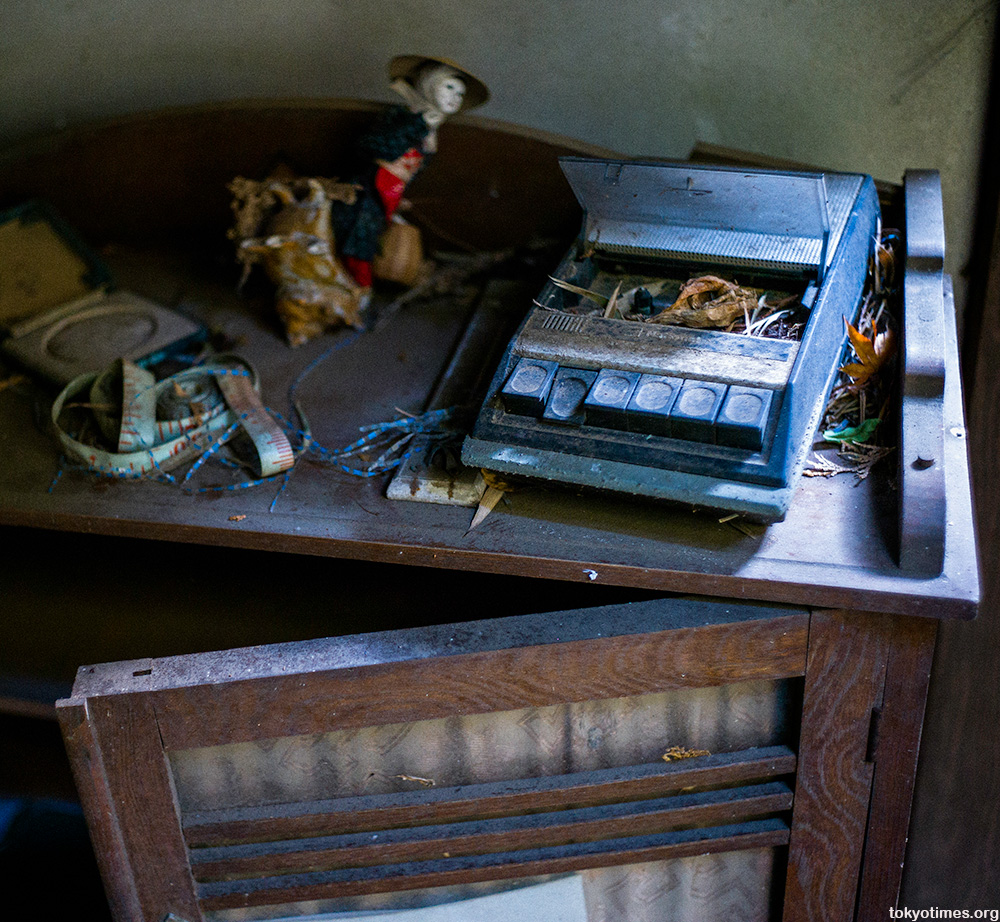 A slightly gloomy set of items that the battered surroundings only add to. 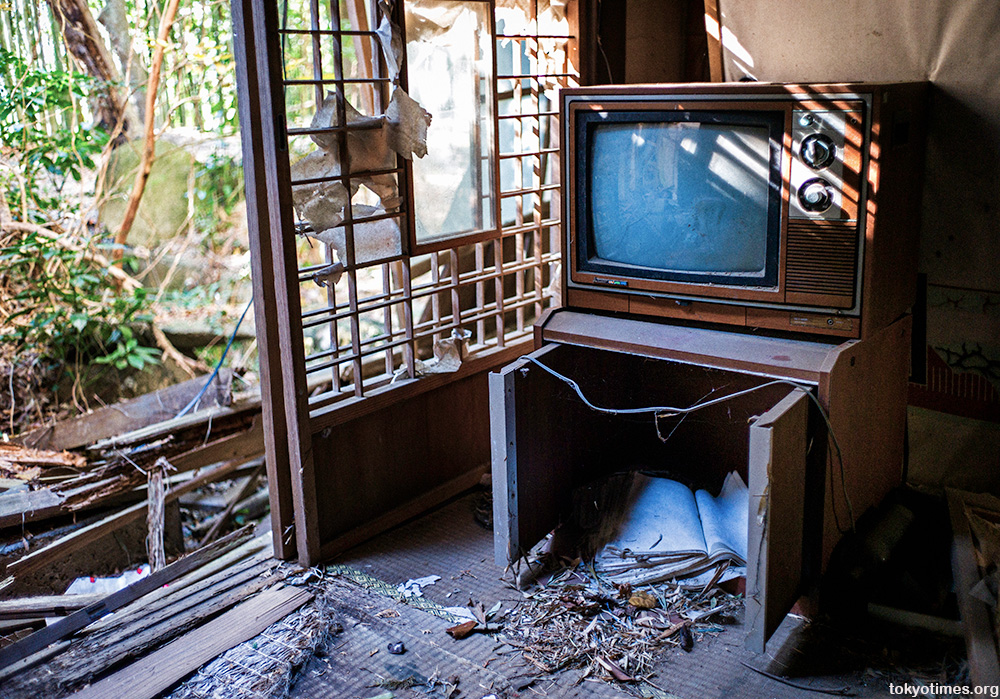 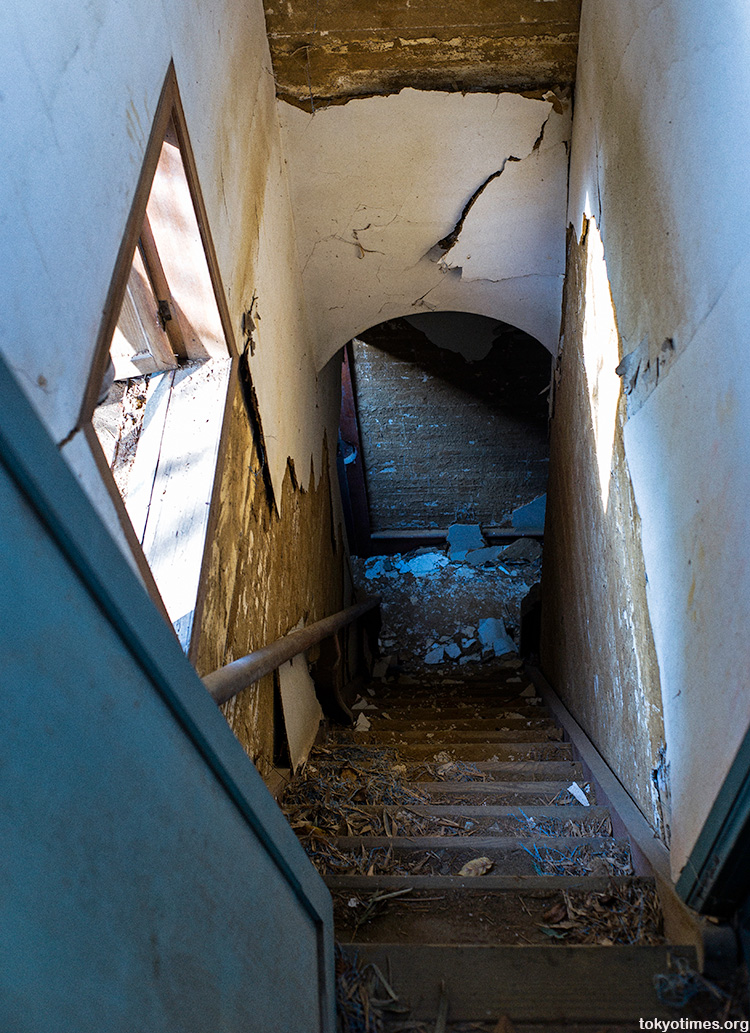 There’s so much more light, plus nature hasn’t taken quite the same toll. And just like downstairs, there are reminders of the people who once lived there.

Things that they took. 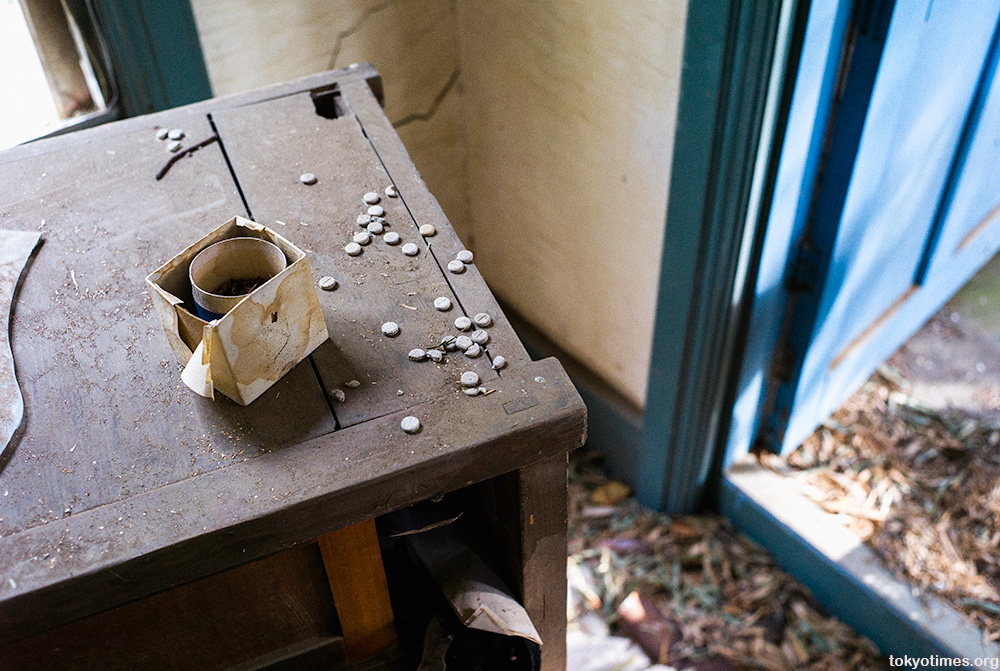 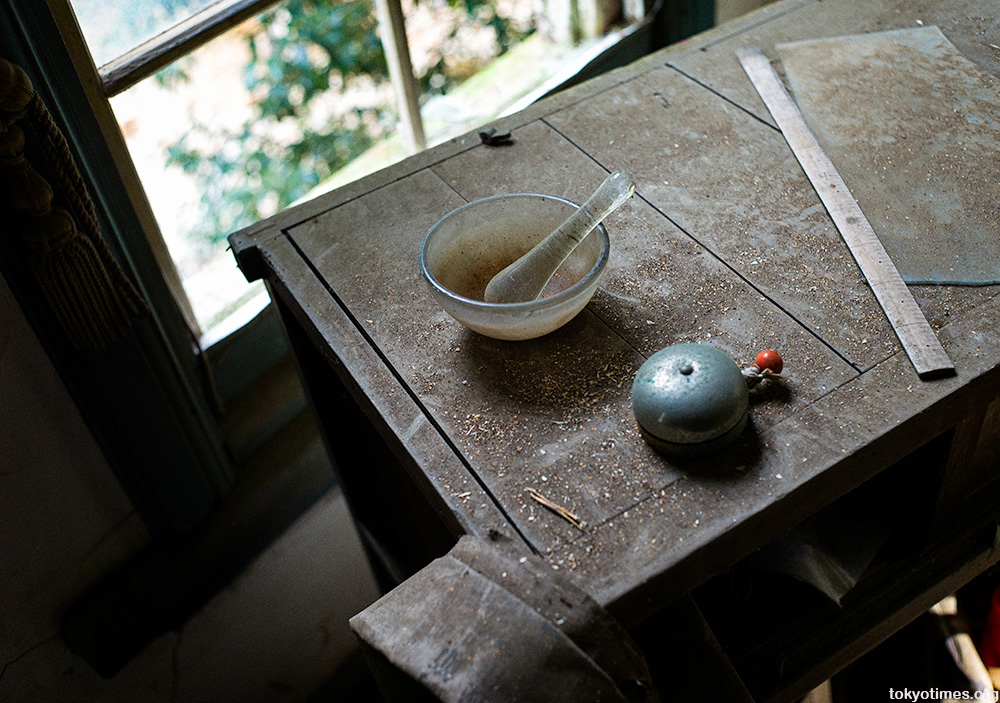 Or perhaps tried not to. 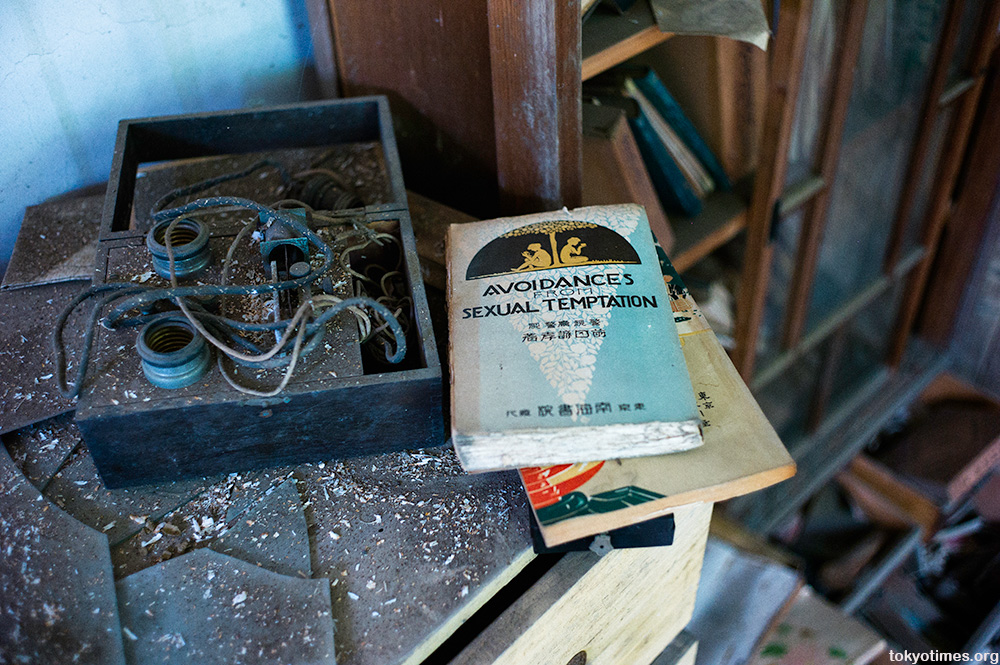 A fascinating couple of rooms that still hint at the building’s former grandeur. 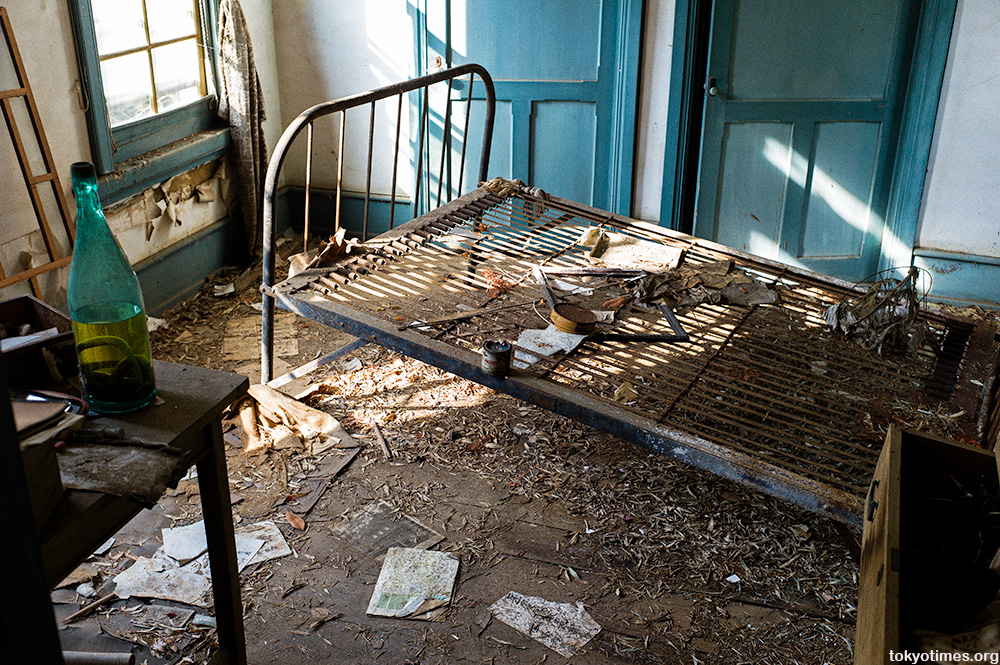 Not to mention the eclectic tastes of its one-time residents. 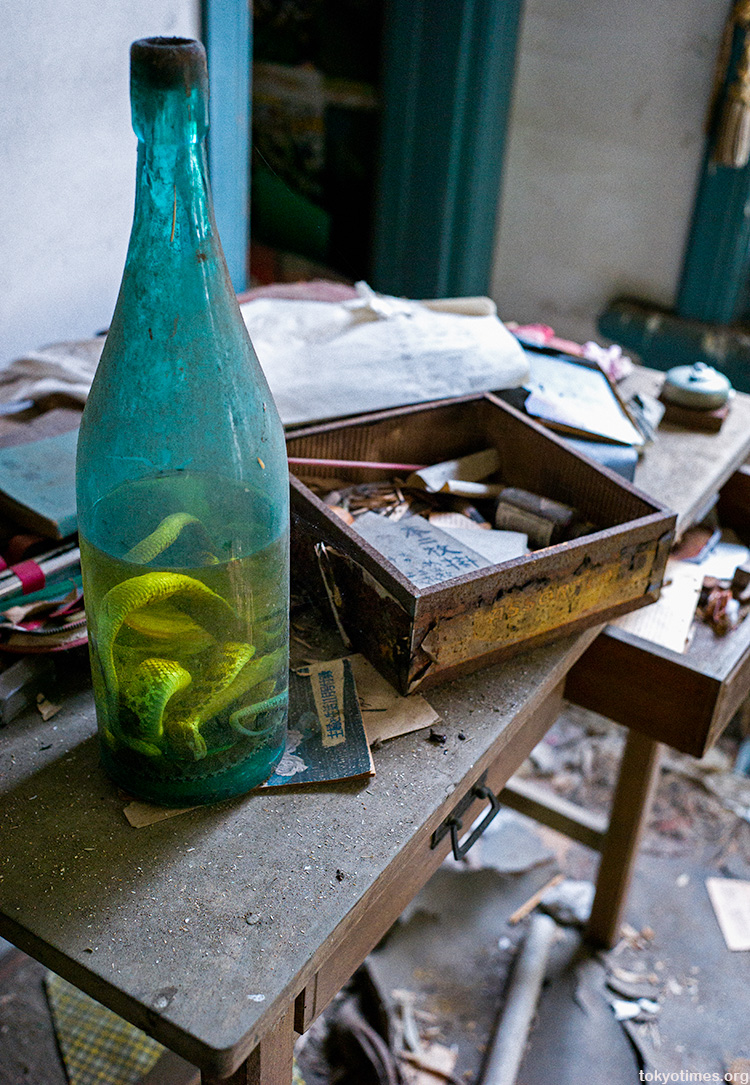 Their interests too, as there is also a small, still well-equipped darkroom. 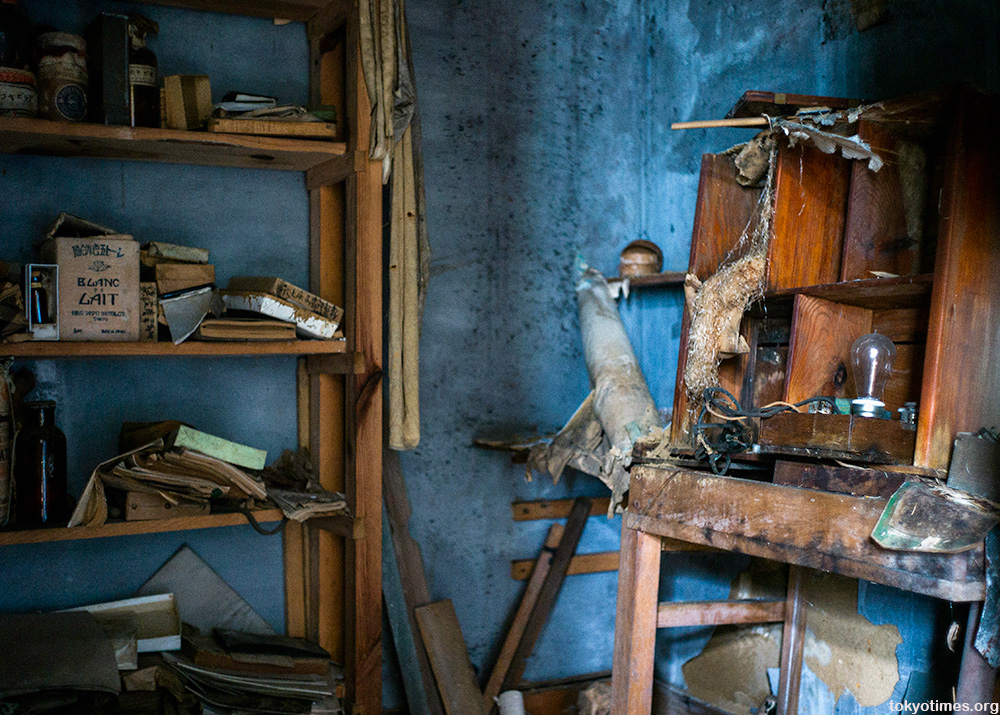 But these things haven’t been used or looked at by anyone actually living there for years. Surprisingly there are records indicating a presence in the house as late as the early 1980s, but that’s still 30 years or so ago. A period of time that has seen a huge amount of decay. So much so in fact that a fairly hefty earthquake or simply a few more years of dealing with mother nature could conceivably see the whole thing collapse. And yet despite all the debris and the dodgy floors, the upstairs balcony still looks like the perfect place to relax on a bright, sunny day. 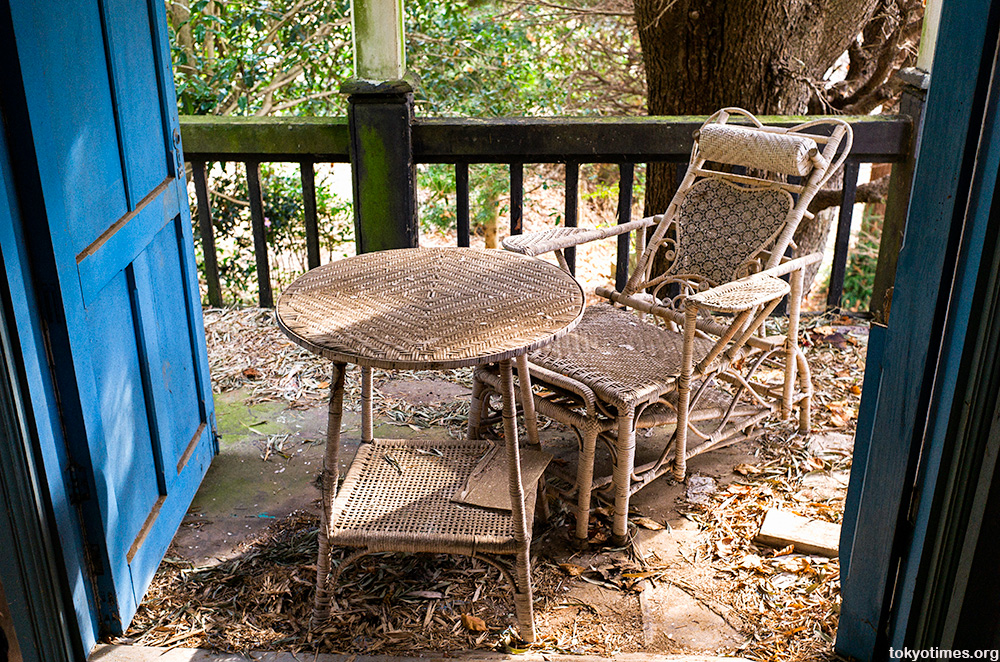 For more haikyo, Tokyo resident and all-round good bloke, Jordy Meow, has just released a book covering some of the incredible number of abandoned buildings he’s visited in Japan. Details and a preview of which can be found here.