It was reported in the The Daily Yomiuri over the weekend, that Saitama Prefecture (just north of Tokyo) will begin hiring the services of The Guardian Angels this year.

Last year’s arrest rate in Saitama was a measly 14.4%. And with 200,000,000 Yen (1,000,000 Pounds) in its general security account budget, the local government seems intent on spending a large chunk of that on The Guardian Angles.

Now feel free to call me naÃ¯ve, but wouldn’t the money be better spent on increasing the number of police officers, and giving them better training? Surely that would make more sense.

But whether it is the right decision or not, we all know Japan isn’t that dangerous. And with this in mind, it has been rumoured that Saitama will be looking to hire more experienced Guardian Angels. Amongst them wily old veterans such as Edna and Humphrey pictured below. 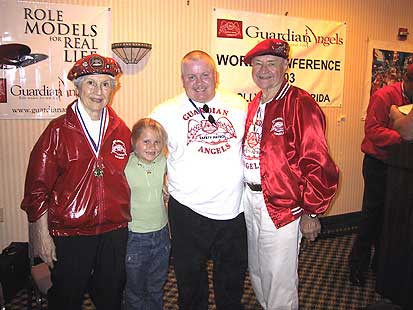