The land opposite the clearly long-established strip club below is currently undergoing huge reconstruction — development that when finished will have a detrimental impact on the wonderfully seedy, rather down-at-heel atmosphere the district once had. A move that while beneficial in some ways, will at the same time create yet another sanitised, chain saturated area so common in today’s increasingly converging towns and cities.

But, despite such progress, this dated, brightly lit stripper is still hard at work — cheekily attempting to entice customers just like she has done for years. An image that for me at least is a local landmark of sorts, and regardless of what’s going on around her, she’ll hopefully remain that way for a long time to come. 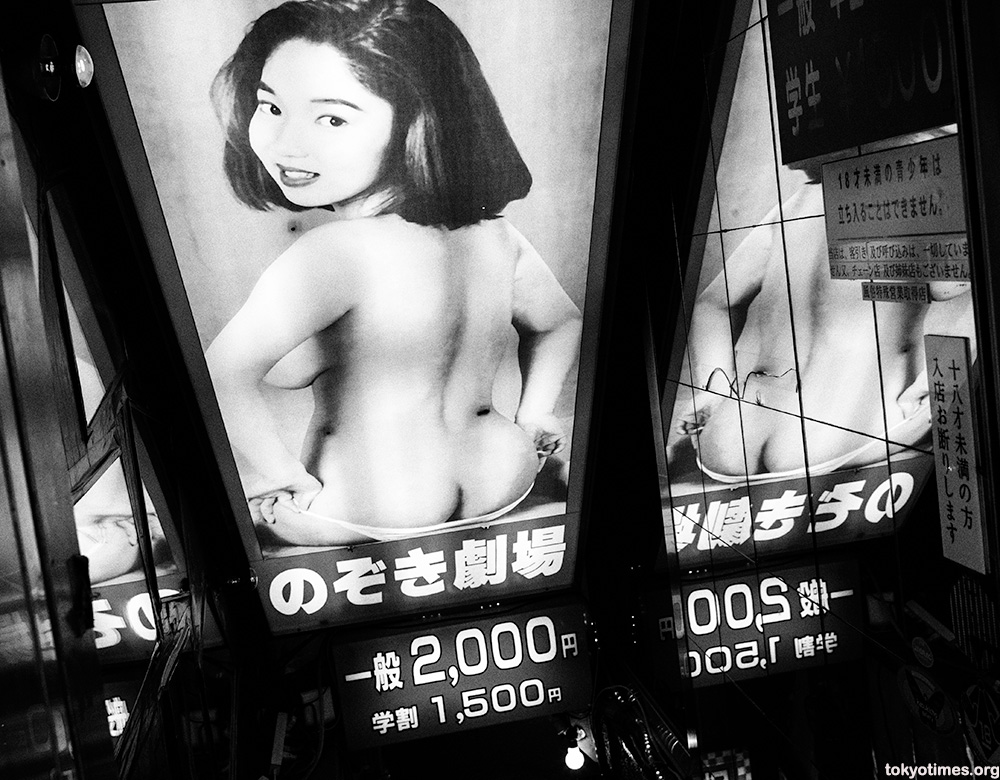