Fairly recently, I documented one of Tokyo’s many old and rundown hotels. Like all such properties, they are bookable by anyone, but in reality they mostly cater to the city’s poor who sadly don’t have the means, or indeed the necessary documentation, to get better and considerably more secure accommodation.

The building below is one such place, and it has intrigued me for the longest time due to its truly unique appearance. In winter, it’s possible to see just how worse for wear it really is, but from spring onwards it almost completely disappears beneath the leaves of trees that now seem to be an integral part of the structure.

Whether it was still a functioning business, on the other hand, was always impossible to discern. It remained listed as open with rooms priced at ¥1,700 per night, which is quite a bit cheaper than the area’s going rate of ¥2,200. That said, there has never been any displayed information whatsoever, and apart from someone once going in and out when doing some electrical work, I’d never seen any signs of life beyond the botanical. Then, when recently photographing the freshly grown greenery, I got an answer. It is actually occupied, and by several people at the very least. 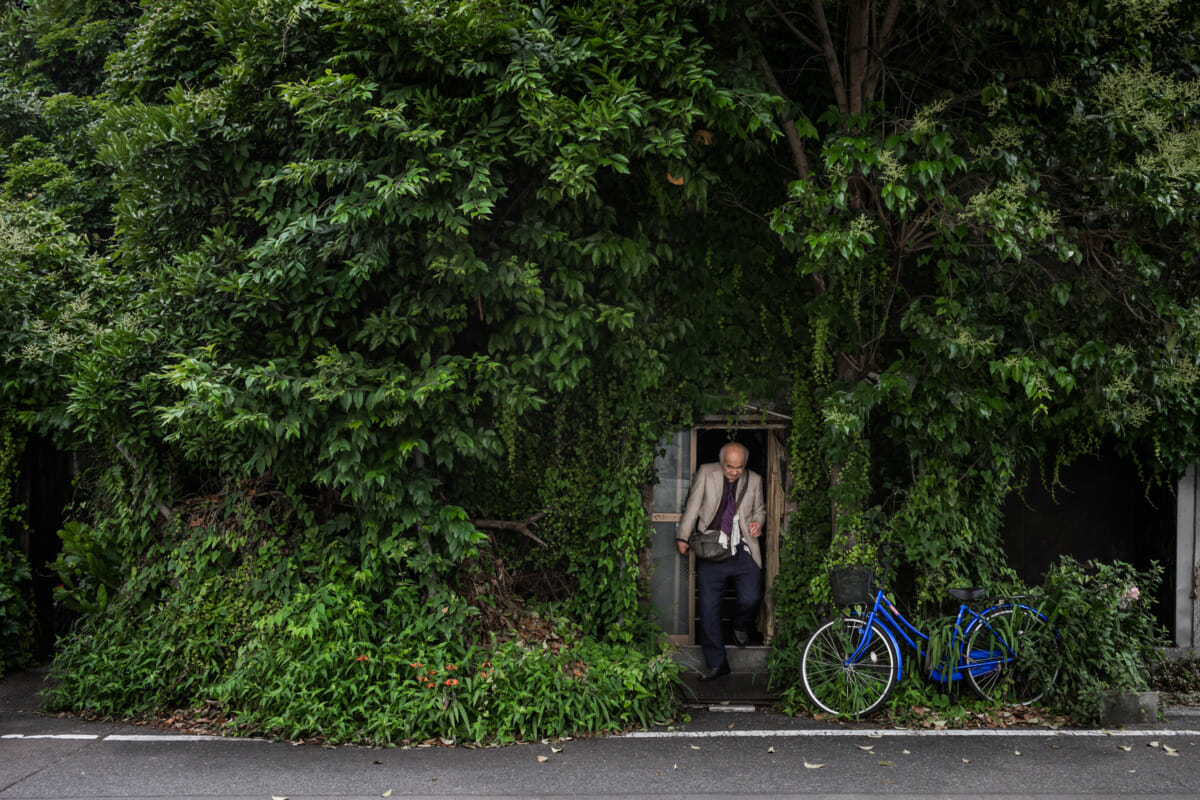 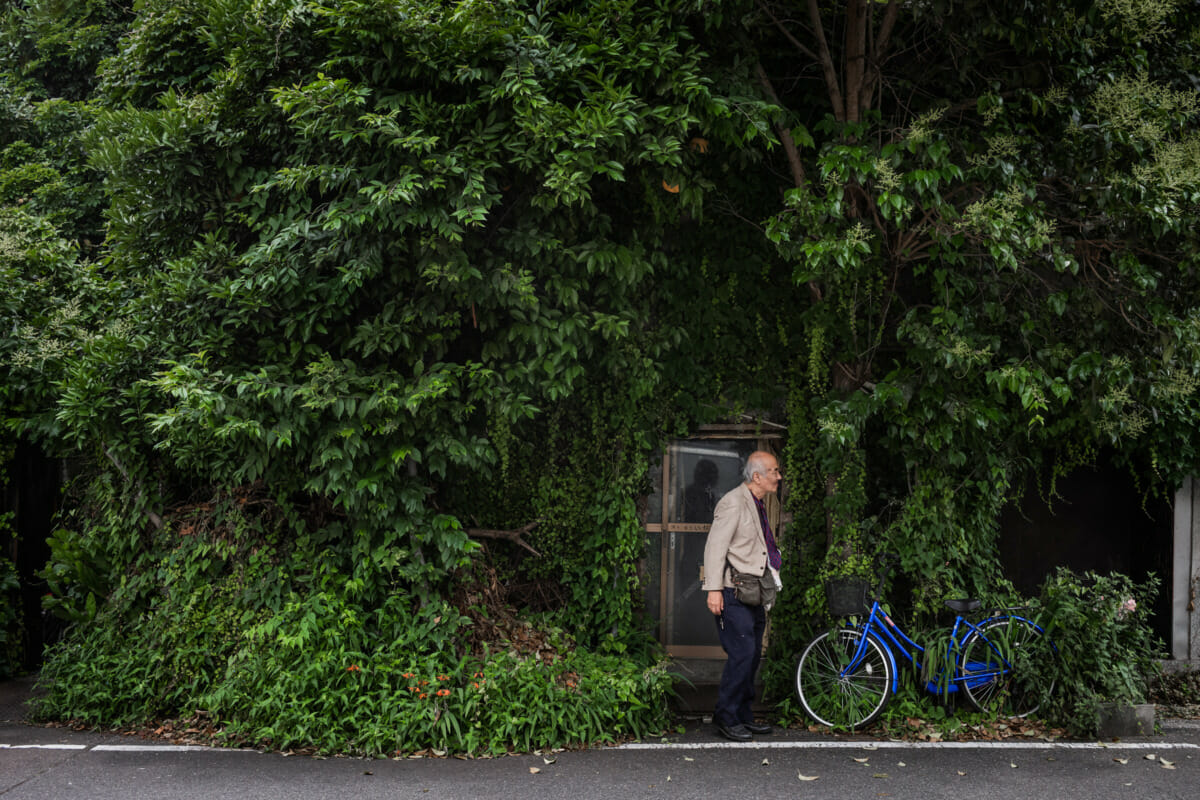 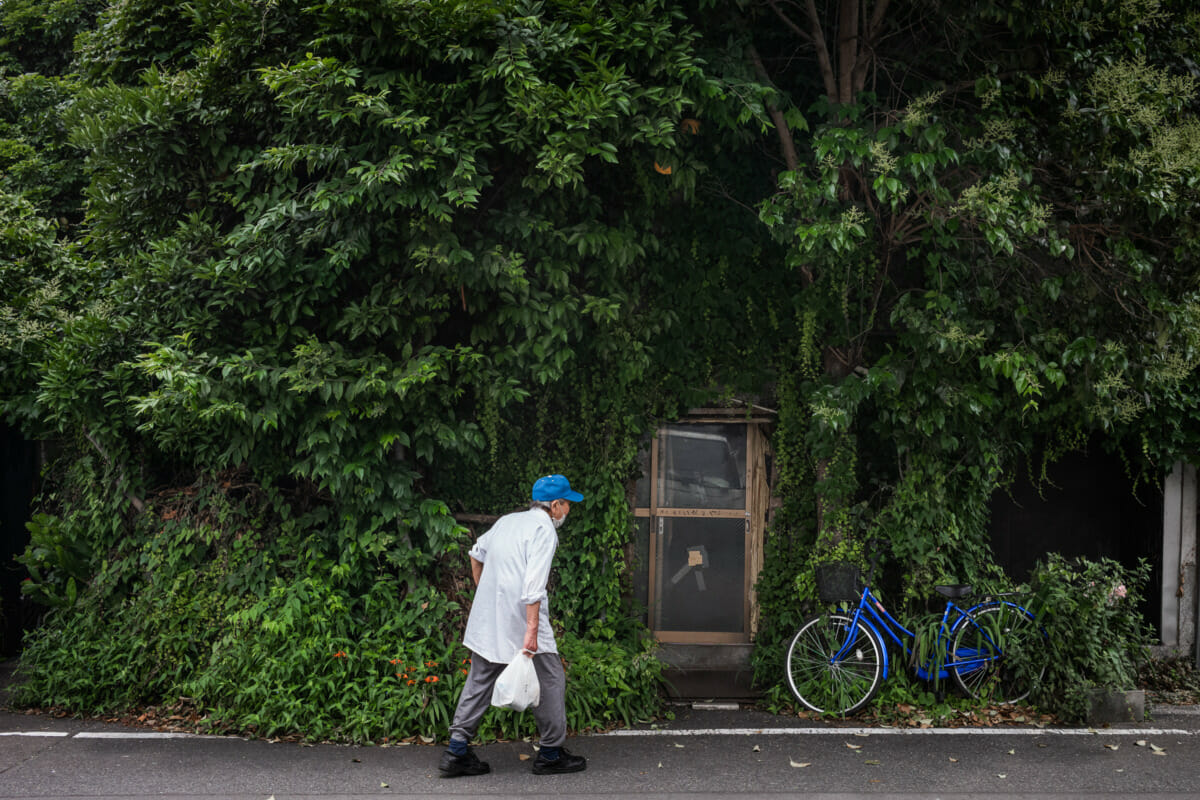 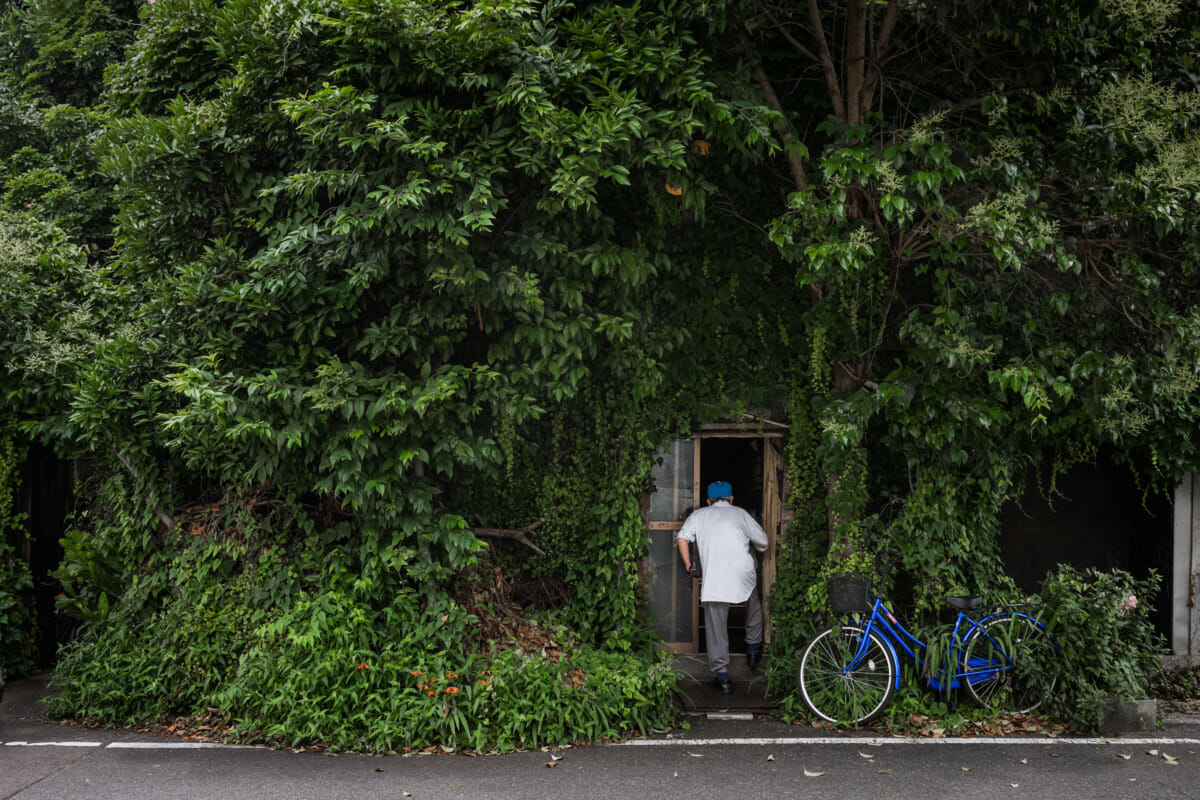 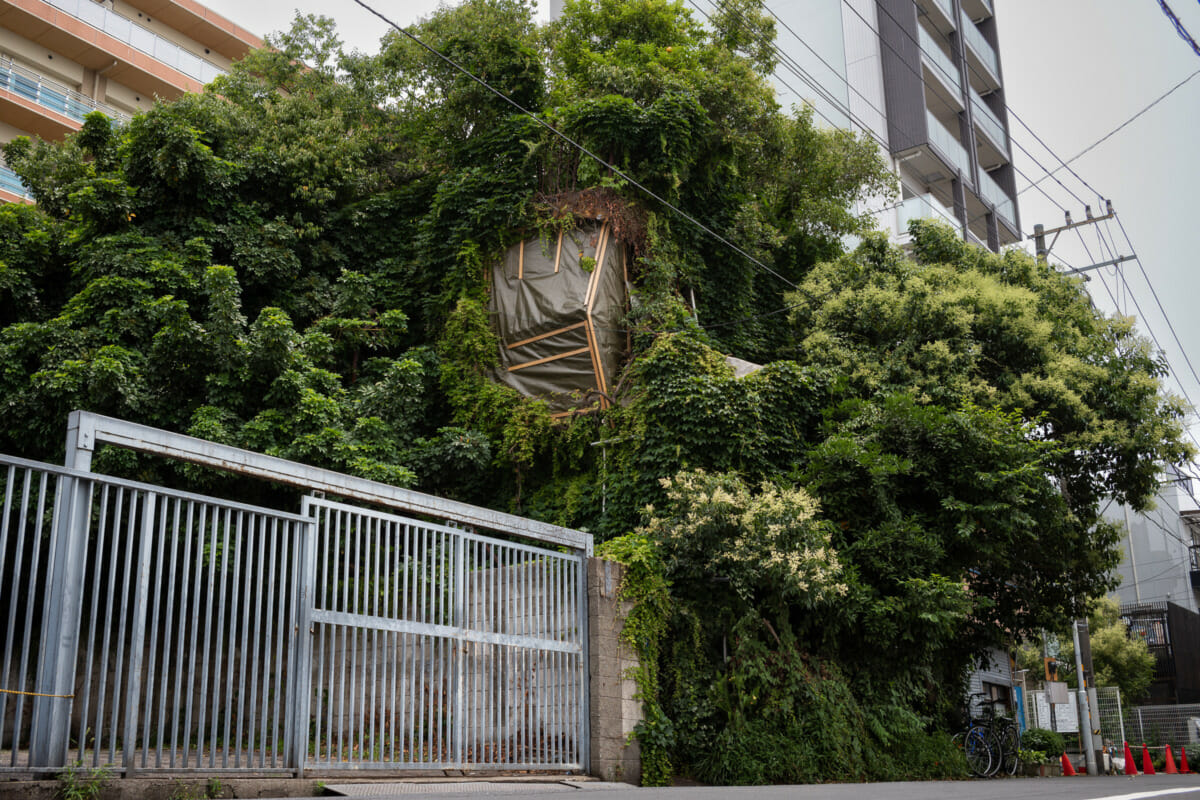 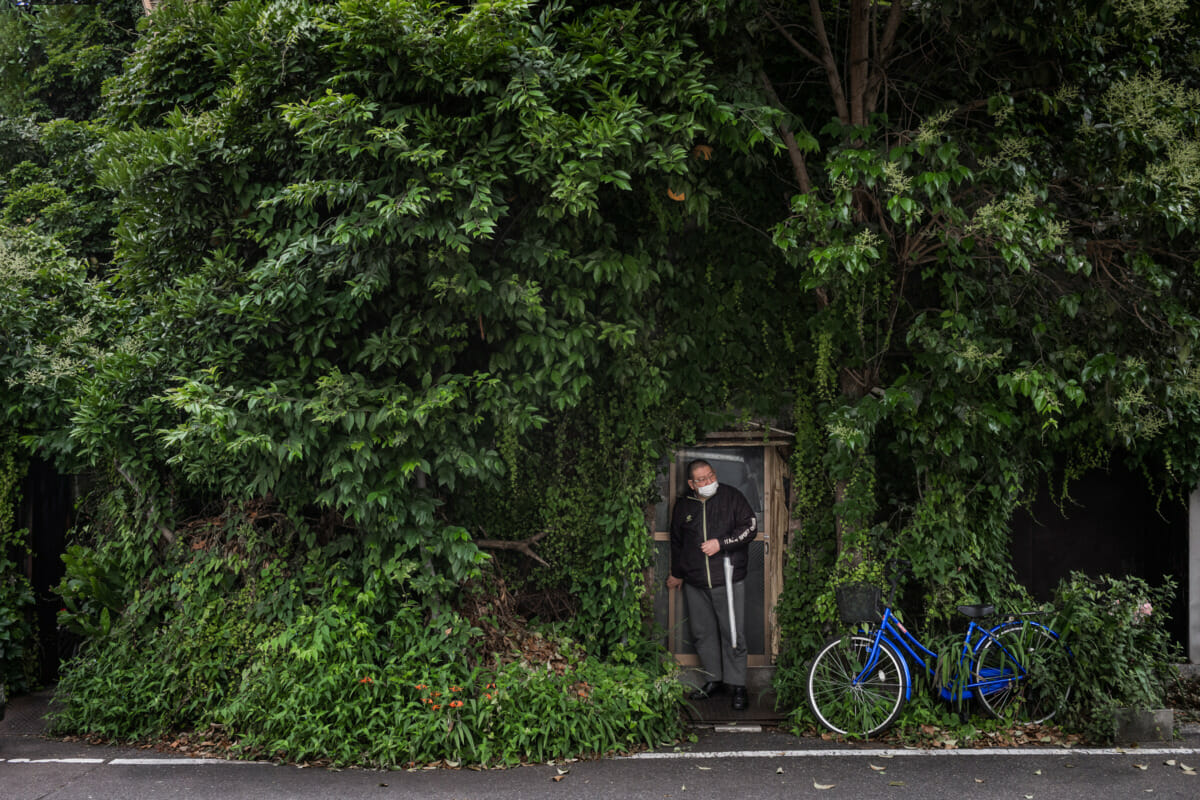