Seeing people passed out on Tokyo’s streets isn’t that unusual, but for them to be female, is. A factor that made the scene below rather surprising — particularly so as it was in the middle of the day and devoid of any of the debris usually associated with heavy drinking.

Yet what made the sight really striking was that it initially looked like the young woman in question was being given mouth-to-mouth resuscitation. Something that arguably wouldn’t have been all that unexpected considering her clearly unconscious state.

But that wasn’t the case. Instead, her companion was intently picking at her skin, utterly oblivious to me and his surroundings. Behaviour that made the whole situation all the more odd and unsettling. 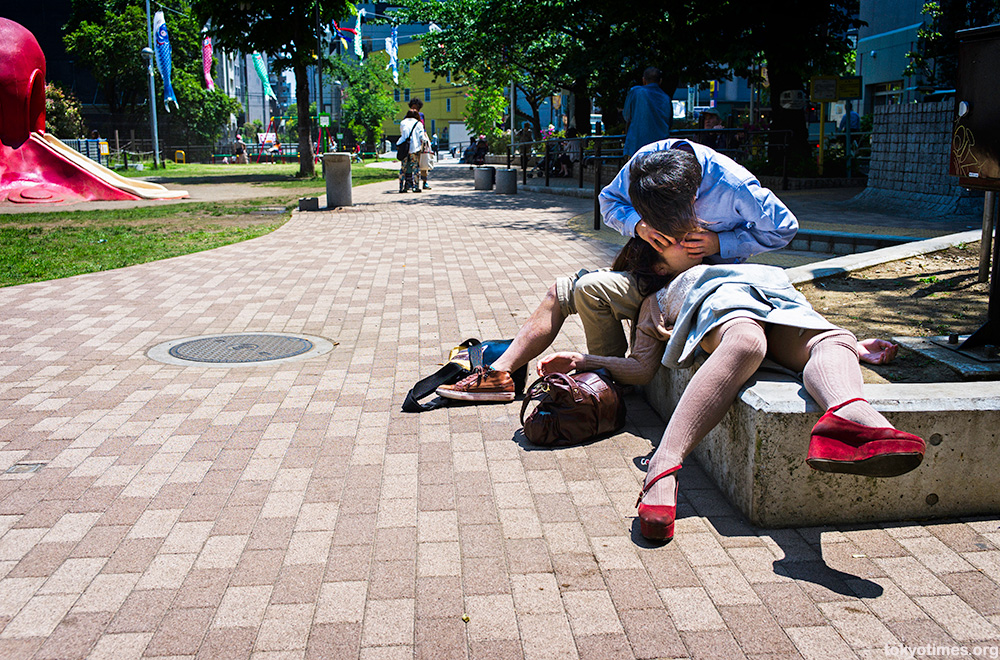