â€œI hate Mickey Mouse. He has nothing like the unique sensibility that Japan has.â€
Tokyo governor Shintaro Ishihara speaking at the capital’s recent anime fair
.

Briefly turning his bile away from Japan’s Asian neighbours last week, powerful politician and infamous xenophobe Shintaro Ishihara inexplicably opted for a below the belt jab at the United States; his denunciation of a cartoon mouse surely set to destabilise the two country’s close economic and political ties. 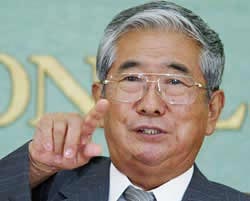 However the 73-year-old may not be done with his cartoon character shenanigans, as rumours abound that the grumbling governor is set to further anger French speakers by dismissing Gallic-gadabout Tintin as nothing more than a tufty-haired troublemaker — a character who pales into insignificance when compared to Japan’s own elaborately coiffured superstar, Atom Boy. 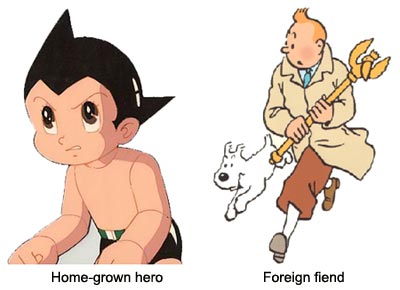 Or alternatively he will revert back to form and continue on his quest to insult as many non-Japanese Asians as is humanly possible.