Japan boasts a whole host of conventional racecourses, but Hokkaido’s Ban’ei Tokachi has just the one. With an origin in agricultural work, ban’ei involves huge draft horses pulling weights of up to a tonne along a 200 metre gravel track. An already arduous task that’s made all the more difficult by a couple of hill-shaped obstacles that slow proceedings down even further. In fact the race often comes to a standstill, as readjustments in direction are made, or the horses are braced before taking on the mounds — the sheer effort of which is hard to capture in a photo, especially from a distance, so for something of a taster, there’s a race video here. 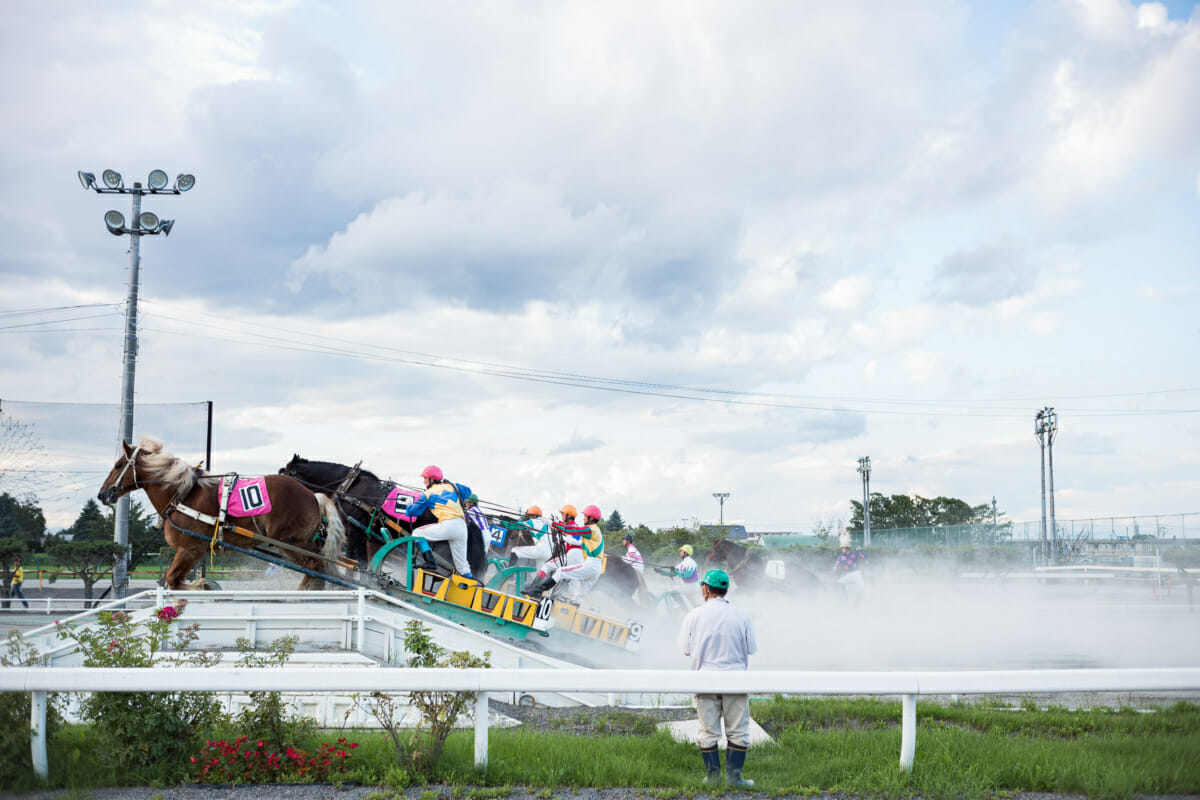 This unusually slow pace also means that spectators can jog along at the side of the track to keep up with the race, although they are, somewhat half-heartedly, encouraged not to. 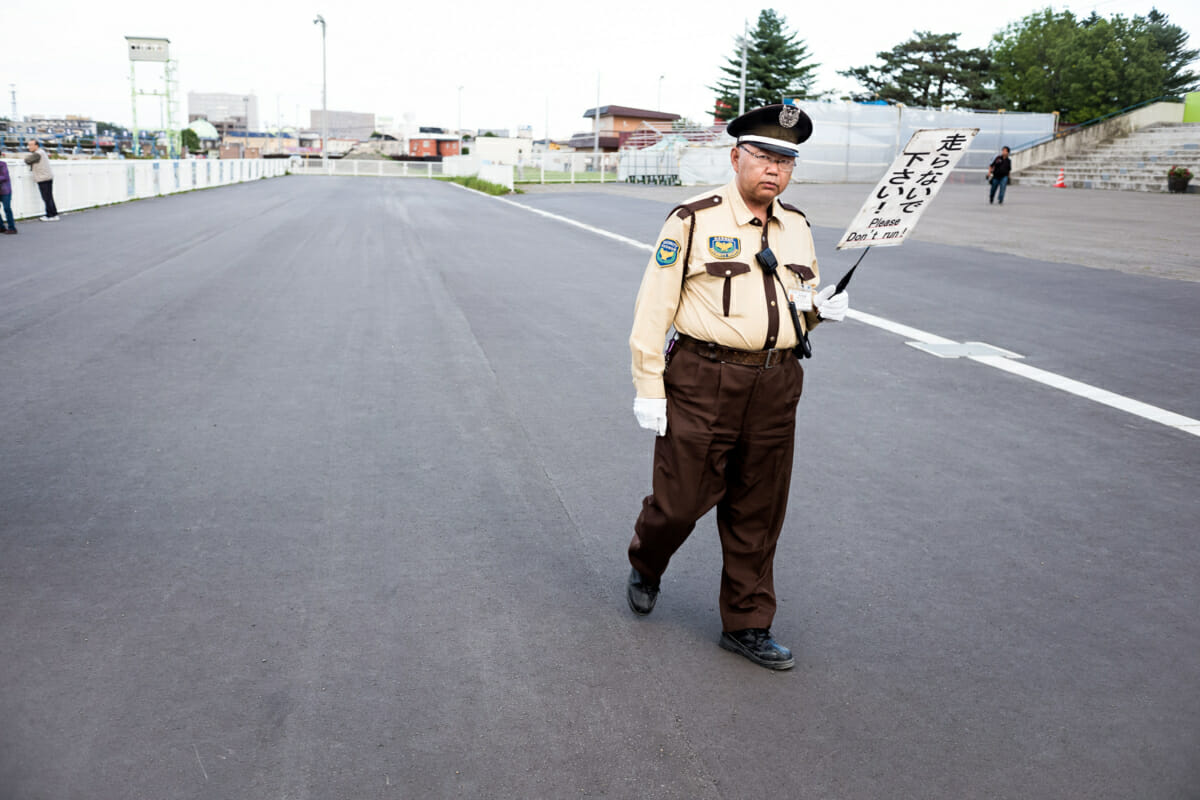 Starting out as an event at local festivals, the popularity of ban’ei grew to such an extent that in 1953, four racecourses were built. A business that eventually turned out to be unsustainable, and in 2007, the courses at Kitami, Asahikawa and Iwamizawa sadly closed down, leaving just the one at Obihiro. 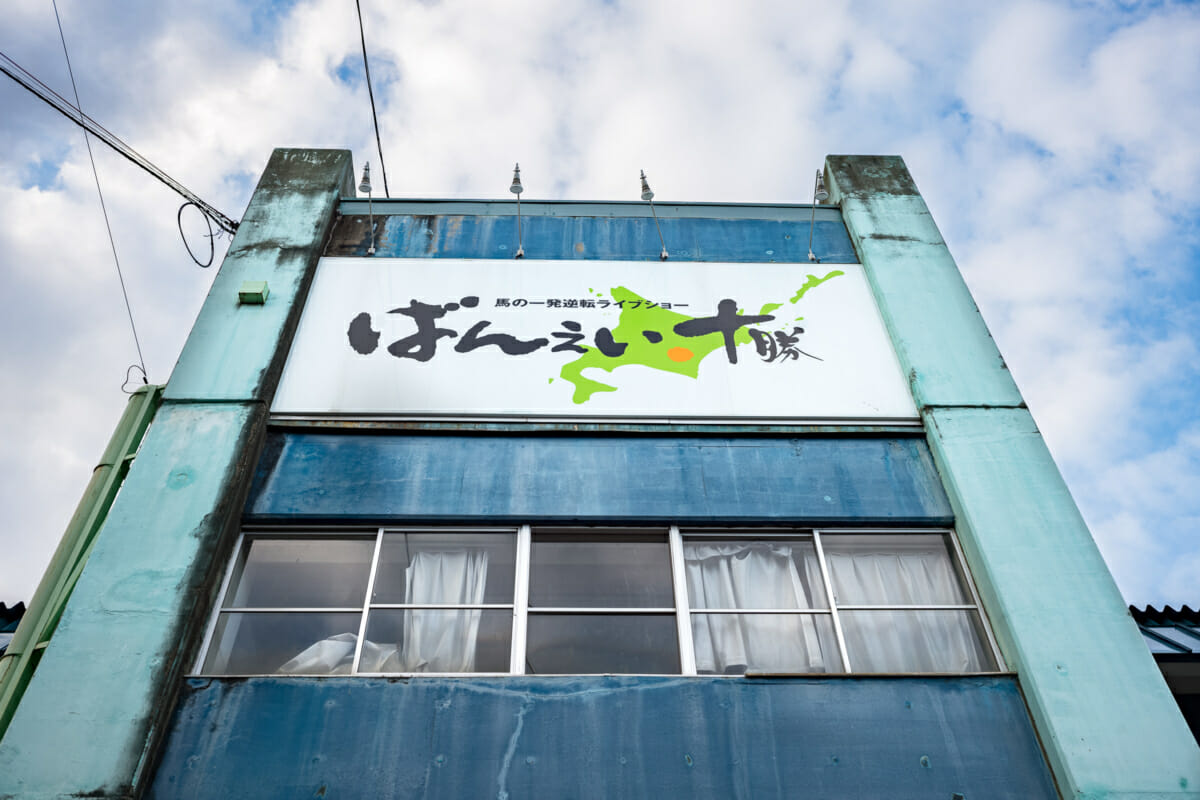 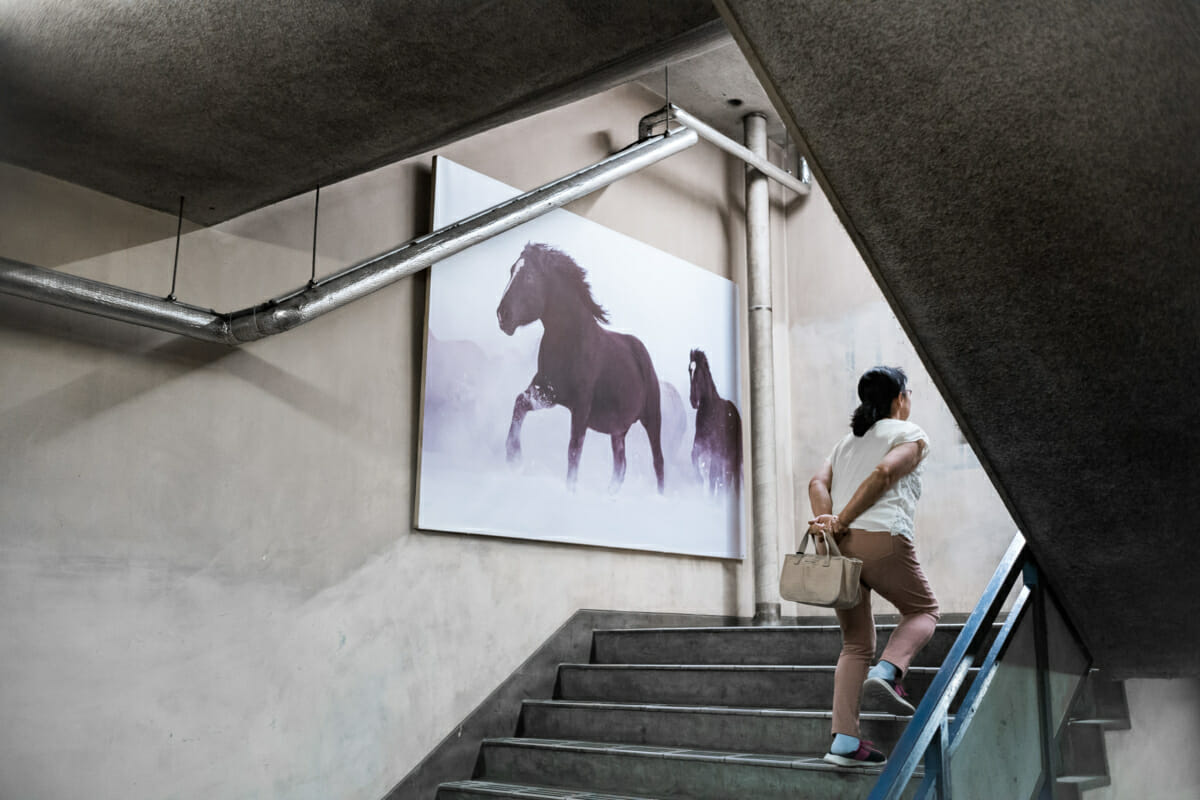 Spending a good few hours there, it was interesting to see the number of punters ebb and flow. Visitors to the area clearly help enormously in keeping the enterprise viable, but like most forms of gambling, it has its hardcore fanbase. Old fellas mostly, who, like gamblers the world over, are there through thick and thin. Each and every time hoping, against all the odds, for that one last hurrah. 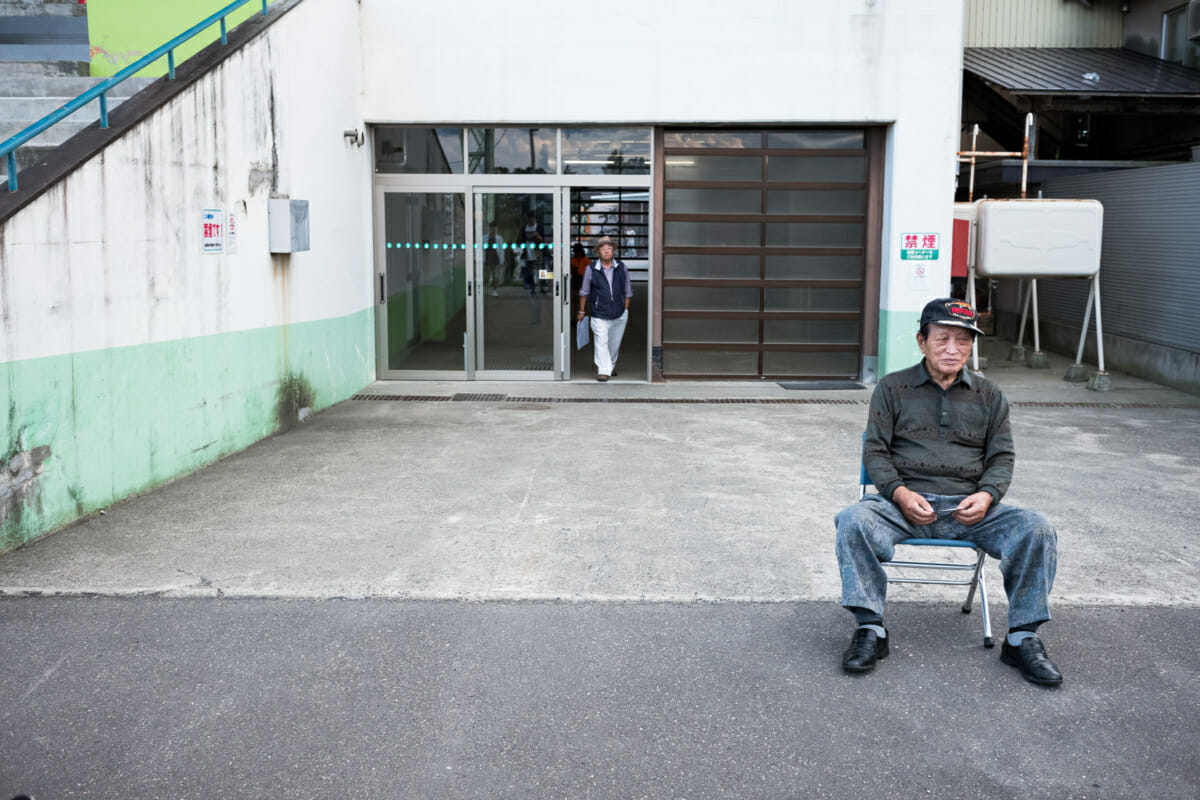 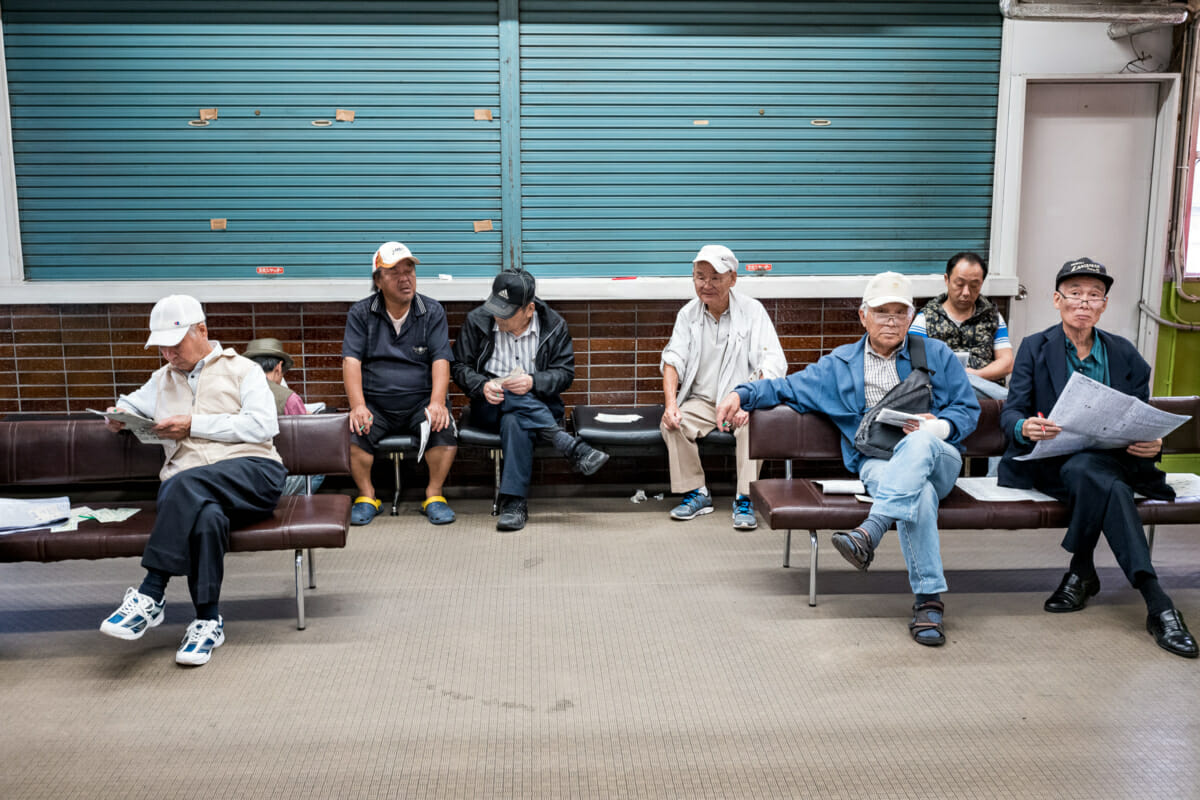