Like everywhere else in the world, there are countless companies in Japan peddling lotions to reduce balding, or sprays to ‘thicken’ thinning manes; and despite making very little difference, they sell by the bucket load. The unscrupulous manufacturers preying mercilessly on the comb-over community. A group whose growing numbers have even led to an alleged inclusion on Google Earth 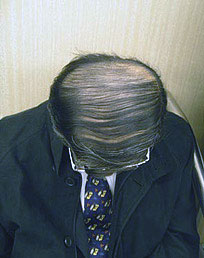 Up until recently barbers have failed to tap into this vast market, but perhaps predictably things have begun to change, with cash registers now ringing merrily with comb-over cash. A prime example of this shift in focus is Hair Aesthetic Salon Yuu in Yokohama. From the outside it looks like any other barbershop, but its speciality is the reticent and receding; and due to the sensitive nature of its business, the shop only takes one customer at a time.

This privacy it seems is very appealing, with a 28-year-old Salon Yuu regular saying, â€œI like going there as I can consult with the barber without other people seeing me.â€ Such confidentiality attracting around three or four customers a day, with owner Isao Watanabe claiming to be both barber and counselor. “Listening to what they say is important, I have to maintain a good relationship with them.” 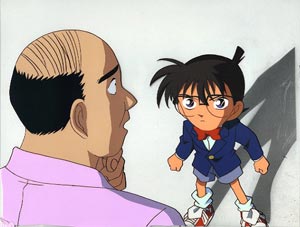 Whilst such speciality shops are currently about as abundant as their customers’ curls, an increasing number of salons are now beginning to offer private ‘balding’ booths, where the folically challenged can have their hair cut without any embarrassment or shame. Plus at the same time receive advice on protecting and maintaining what little they have left.

This trend also appears to be no fly-away fad, as Zenriren, the national federation of barbershop owners, has established a system to train ‘hair counselors’. The 20-hour course teaching hair care and (perhaps most importantly) the mechanism of hair loss. With a total of 735 licensed hair carers already, balding-only barbers could well become commonplace. A Zenriren spokesman saying (with apparently no pun intended), “It is a time when barbershops need added value. The hair restoration market has large potential for growth.” 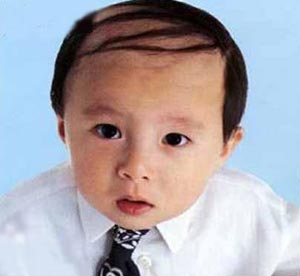