Japanese star Miwa Asao’s irritation at not being taken seriously as a sportswoman.

Whilst 21-year-old Miwa Asao may well have made numerous television appearances, released a DVD that has sold over 20,000 copies and a book of photographs that has been even more successful, it’s perhaps predictable that Japan’s shallow and celebrity obsessed media is intent on peddling titillation instead of talent.

A situation that understandably irritates the young lady in question, especially as she has dedicated so much time honing her skills in such an honourable sport. Something that surely shouldn’t be overshadowed just because she happens to look rather good in a bikini. 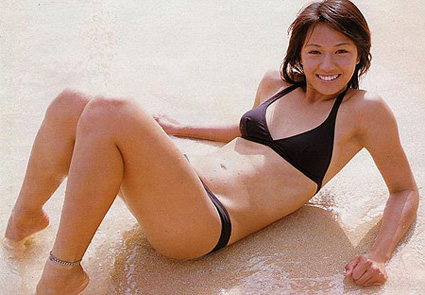 A situation that Tokyo Times will in some way try to rectify. As instead of gratuitous shots of Asao-san suggestively sprawled out on the beach wearing next to nothing, here’s one of her doing what she does best. Which is playing volleyball. 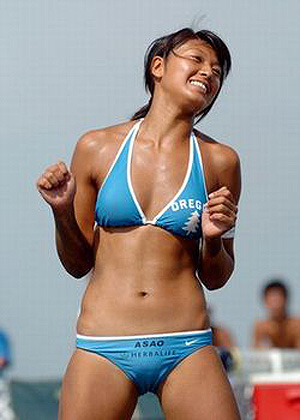