On Wednesday, 64-year-old Hiroshi Ohashi was arrested for locking himself and a male friend of his wife in a wooden box.

Hardly the crime of the century you may think, but Mr. Ohashi was armed with a kitchen knife. Unfortunately news reports didn’t give details about the size of the box, but it was confirmed that they were in there for a staggering13 hours. Presumably without toilet breaks too, which conjures up all kinds of unpleasant images.

Police suspect that the incident occurred because of a dispute over an alleged extramarital affair involving the unnamed man and Ohashi-san’s wife. No information was given about this woman at the centre of the two-men-locked-in-a-box-together-with-one-angry-and-armed-with-a-knife story, but the hostage was a sprightly 39 years old, adding a bit more spice and intrigue to the story. 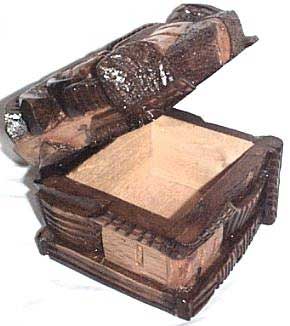