The image of Britain in Japan is a hard one to fathom. The idea of the English gentleman still holds a lot of weight, and it’s a widely held belief that the whole nation grinds to a mid-afternoon halt as everybody sits down for a refined and cultivated spot of afternoon tea. Yet at the same time, this is contradicted by the notion of the English hooligan, an apparently crazed and monstrous beast that can be found in large numbers at every football stadium and pub around the land.

Now how such widely differing viewpoints can be reconciled I don’t know, but the Japanese seem to manage it with surprising ease. And in doing so, these two contrasting stereotypes can be called upon whenever the need arises.

The promotion for the PlayStation 2 game The Getaway is a prime example of this. Forget all that business about afternoon tea, gentlemen, and any other such claptrap. The latest import from Britain is violence. And not just any old violence either, but new violence! 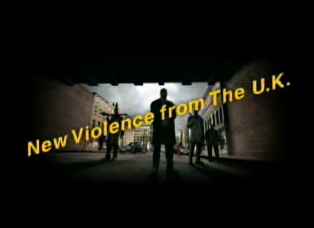