Buddhist monks praying and accepting donations aren’t uncommon sights on Tokyo’s streets. Men who, along with their commendable dedication, offer an interesting contrast to the fashion and modernity that mostly surrounds them. But by all accounts, not all of them are genuine, with the general consensus being that some are merely masquerading as monks to make some money.

This fella, however, would appear to be the real deal, as he has been praying under the tracks near Tokyo’s Ueno Station for years. A fascinatingly still and silent presence in a city that is anything but. 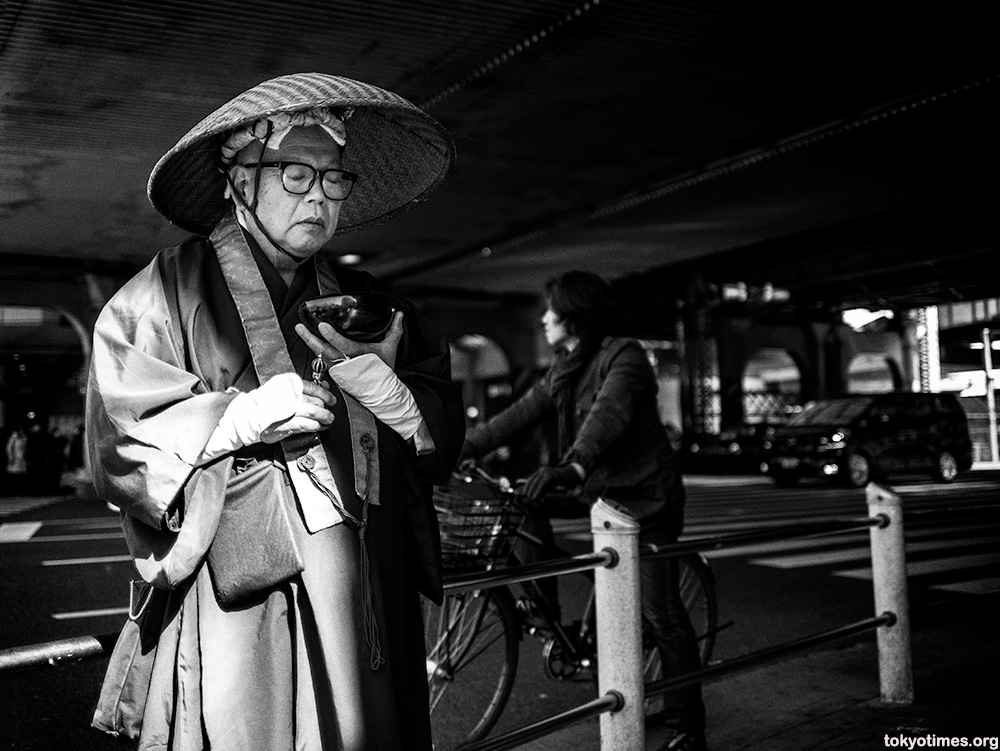