Tokyo’s increasingly prevalent touchscreen vending machines are inventions to marvel at. Or at least they usually are. But next to the old man, the sheer size and expenditure of this one seems almost malevolent. 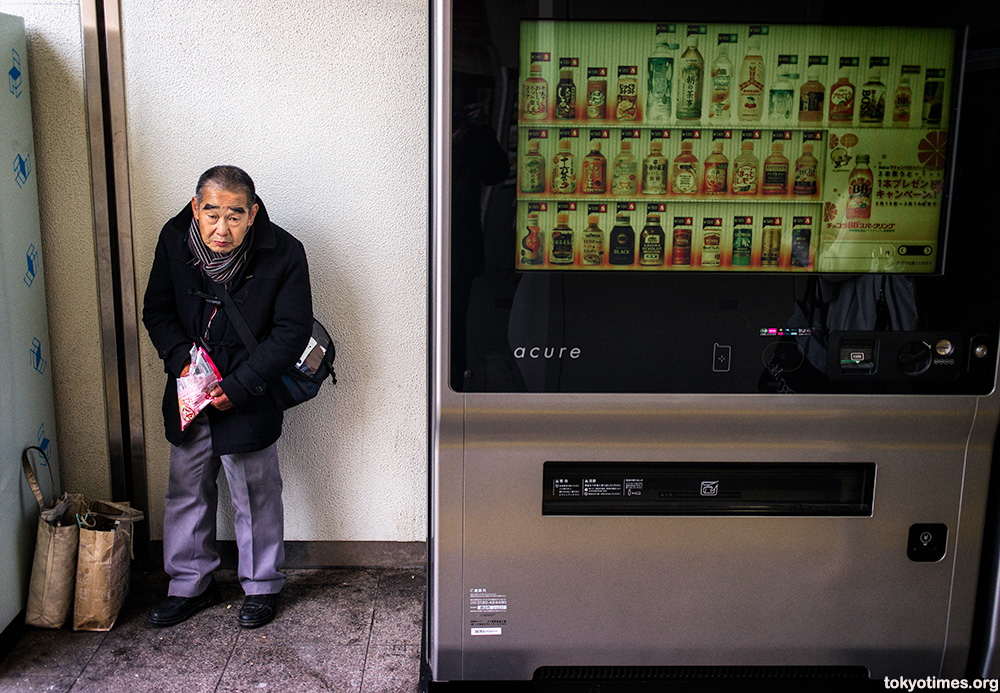 The demise of Betamax is well documented, but with vinyl enjoying a genuine revival, and some people even going back to cassettes, this man may well feel that after years of ridicule, his day has finally come. 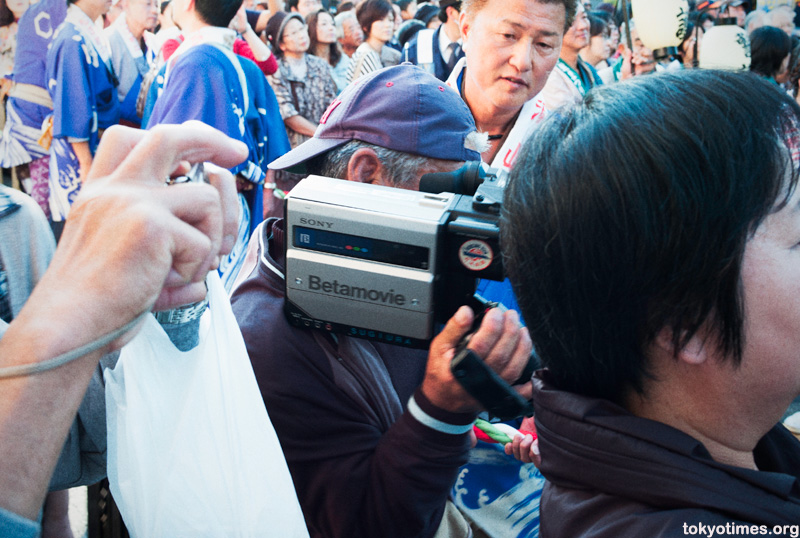 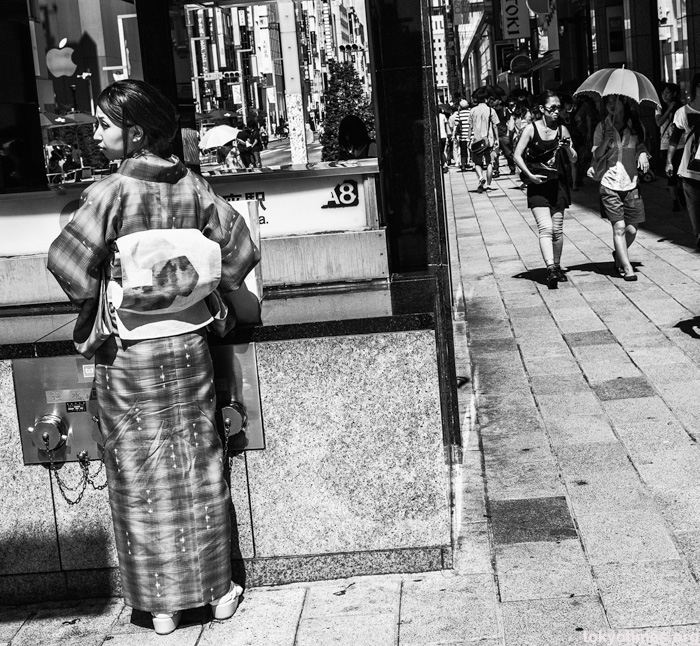 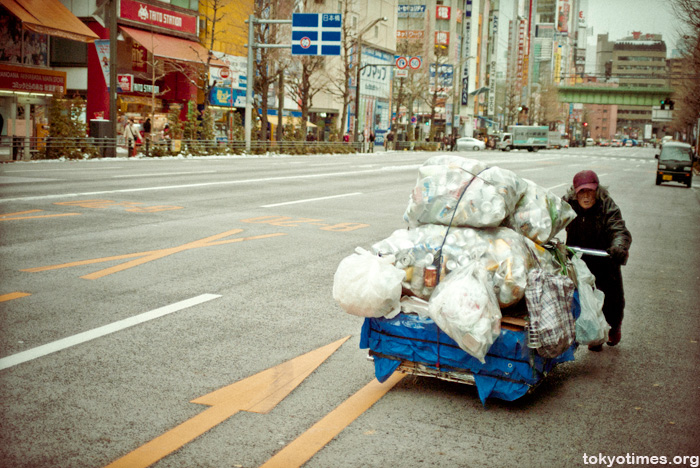 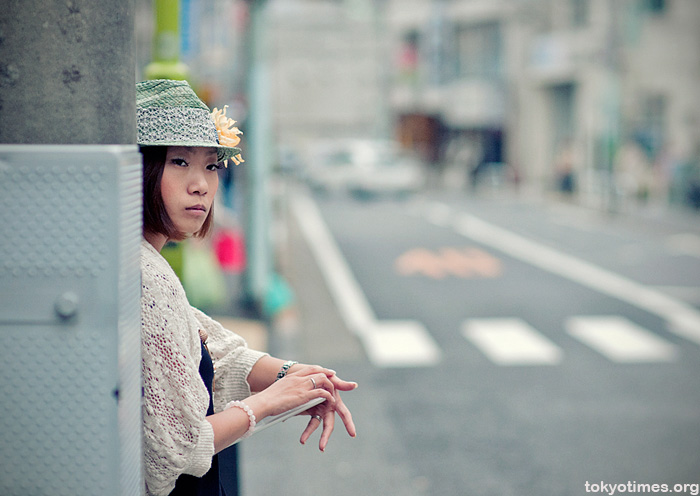 Considering the cries of kawaii that greeted this unusual little convoy as it slowly moved along the street, cute may already be the general consensus.

However, what isn’t open to any debate is that these all-electric ad cars are not only compact and quiet. 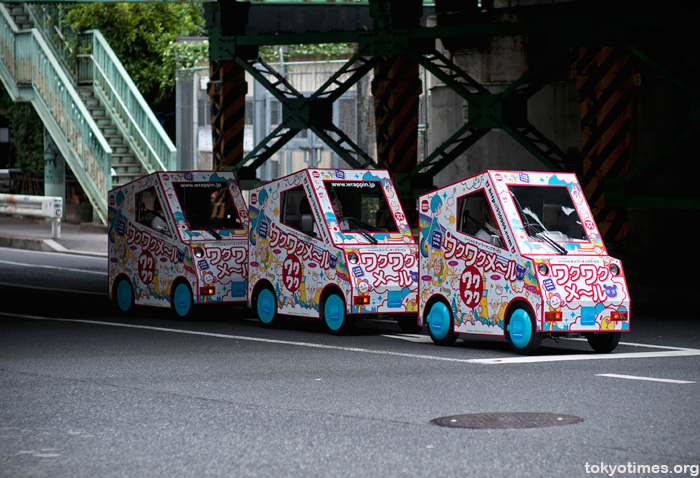 But also incredibly (or should that be horribly?) colourful. 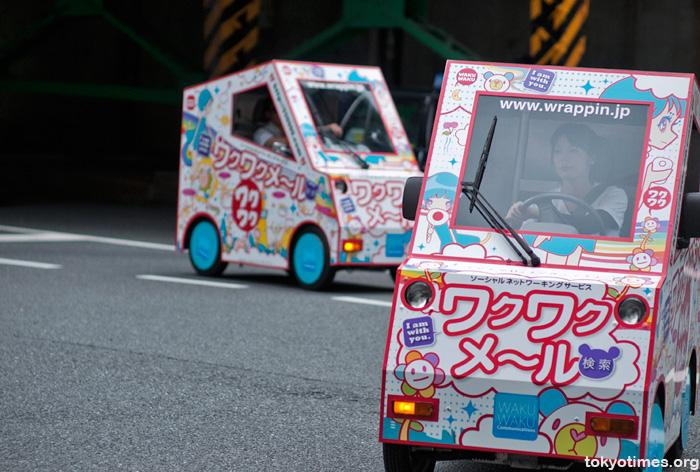