The bicycle is ubiquitous in Japan, with people using them for a trip to the shops, going out to meet friends, or occasionally to do a spot of exercising on. However rather than Armstrong-esque speed machines, the majority of cyclists possess basket adorned bone-shakers like the ones below. 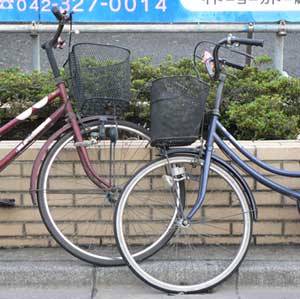 The same however can’t be said about legendary singer Kiyoshiro Imawano. Whilst attempting to be ‘a man of the people’ by hopping on his bike like everybody else, the singing sensation opted for a much more unusual cycle than the norm; choosing a custom-built dream machine that set him back a staggering 1.6 million yen (8,000 pound).

Unfortunately for Imawano-san, he made the mistake of not being as specific in regards to security as he was design. After leaving his bike outside a friend’s house on Sunday evening, he returned to find it had been stolen. The only thing left being the severed chain.

The police it seems were surprised at the theft, especially considering that the bike had ‘KIYOSHIRO’ emblazoned on the frame. However with its distinctive green colour, and a known weight of 6.8 kilogrammes, the bike should soon be recovered and back with its rightful owner. 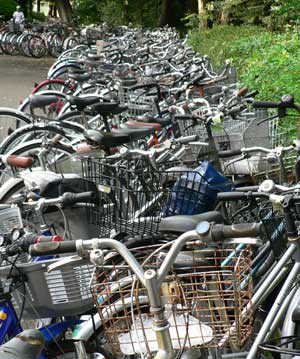 Despite such reassurances, Imawano was allegedly pictured out and about in Tokyo yesterday, desperately seeking his beloved bicycle. Yet rather bizarrely, the distraught singer appeared to be wearing a suit to match the colour of his missing bike. 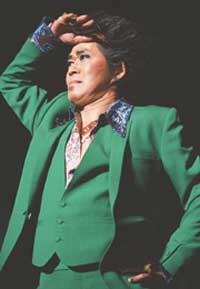