As Japan’s smokers begin to feel the pinch with an increasing number of bars, restaurants and public places restricting the use of cigarettes, Japan Tobacco has stepped in to briefly ease the pain.

The tobacco titan is kindly offering 150 lottery winners the chance to see a preview of the film Sin City in a restriction-free and smoke-friendly cinema. The one condition being that the applicant is a smoker — preferably a heavy one. 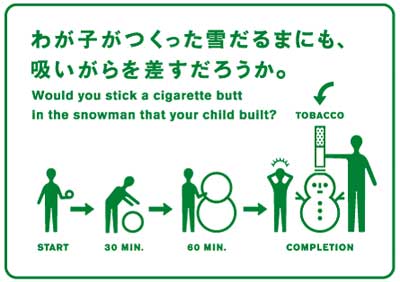 Japan Tobacco spokesman Tsuyoshi Miyashita gleefully wheezed, â€œThe event is to provide a rare opportunity for smokers to light up freely while watching the movie, so they can enjoy the film without suppressing their urge to smoke. I remember seeing filmgoers smoke in theatres, though it’s impossible today.” 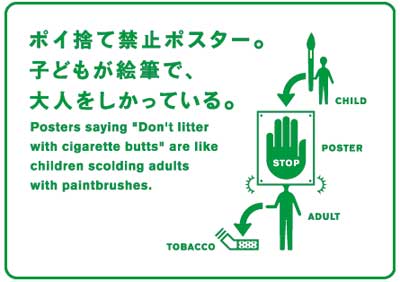 This is the first such promotion in Japan; and with the number of smokers falling to an all-time low of under thirty percent, it presumably won’t be the last. This inaugural event being part of the tobacco company’s ‘Smart Smoke’ campaign, which highlights the introduction of odour reduced cigarettes. 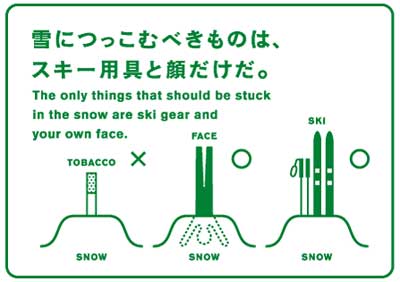 Miyashita-san however added that the guests would be able to smoke any cigarette they fancied, although whether the use of pipes and cigars would be permitted wasn’t mentioned. Similarly, the availability of oxygen or iron lungs wasn’t discussed.