Unlike my native Britain, Japan doesn’t have an A, B, and C classification for illegal substances. And despite the slackening of laws concerning the possession and use of cannabis in some parts of the world, Japan is having none of it. It’s class A all the way. 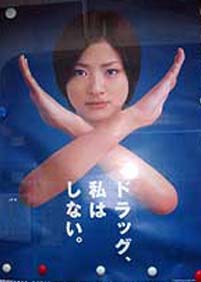 This zero tolerance approach means that whilst available, drugs are somewhat harder to find. More expensive too. Facts that may have been a contributing factor in the arrest of two men on Saturday.

Instead of whooping it up downtown, the two presumably inexperienced drug users were found asleep in their car. An act that generally wouldn’t arouse much suspicion, except the pair had chosen to park in the middle of the road. Plus to make matters worse, they opted for a national route in Tokyo’s busy Setagaya district.

A total of 12.9 grammes of cannabis were found on the pair, with 25-year-old Okimaru Fukazawa managing to mutter, “I bought the drugs from an Iranian in Ueno.” Before presumably nodding off again.