Japan happily adopts new trends and customs, more often than not blending them so effortlessly into the culture that in no time at all they are part of the culture. But, as rapidly as things change, in many ways they also stay very much the same. An impressive feat that is particularly noticeable when it comes to traditional festivals.

Almost always boisterous and packed affairs, it’s immediately clear that many of them haven’t altered much in the countless decades they have been held. Something that’s especially true when it comes to Asakusa’s Sanja Matsuri, which dates back as far as the sixteen hundreds in its current form. Plus many more centuries earlier in regards less organised celebrations. 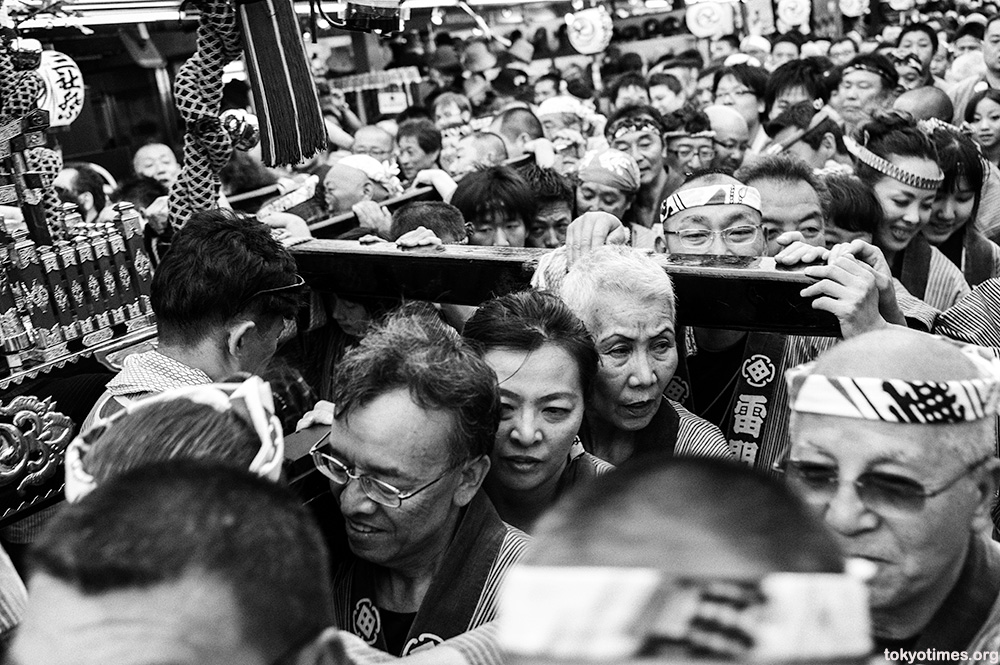 An event that, along with the same customs, is clearly just as much fun as it has always has been. 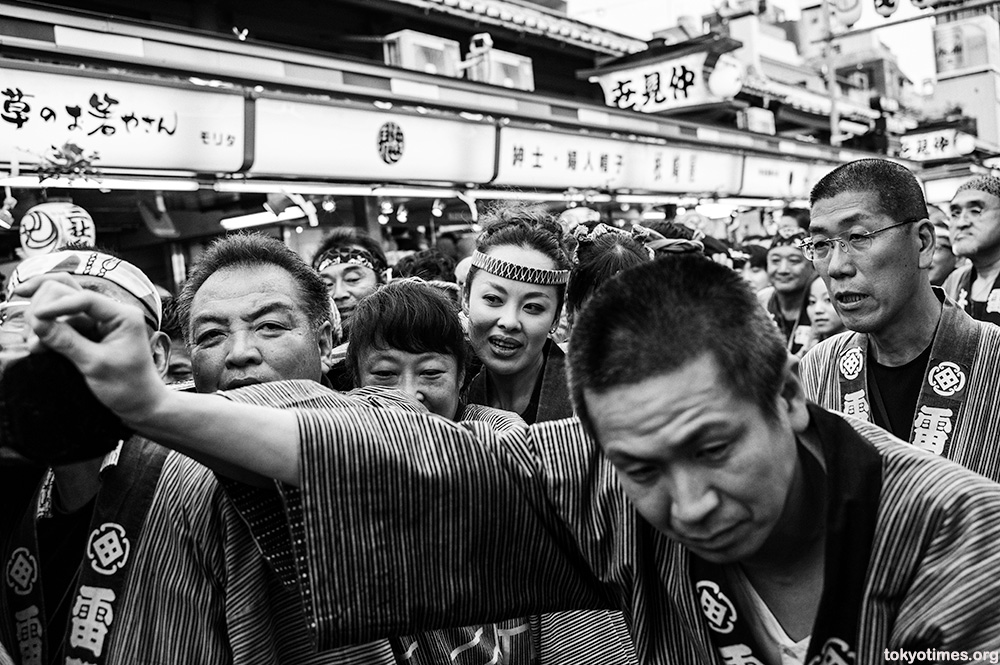 Of a very similar intensity too. 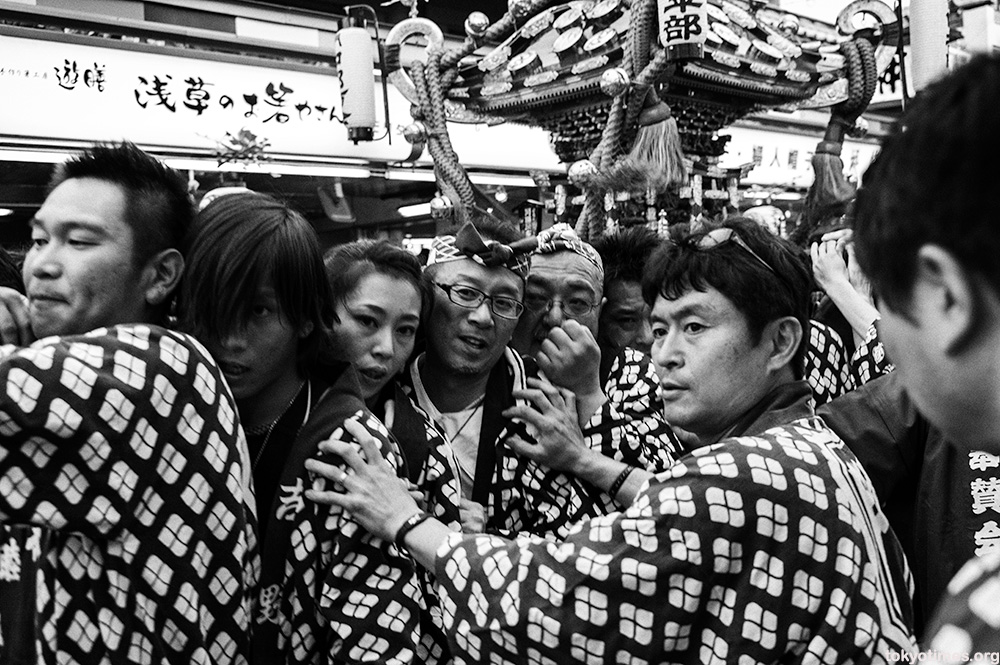 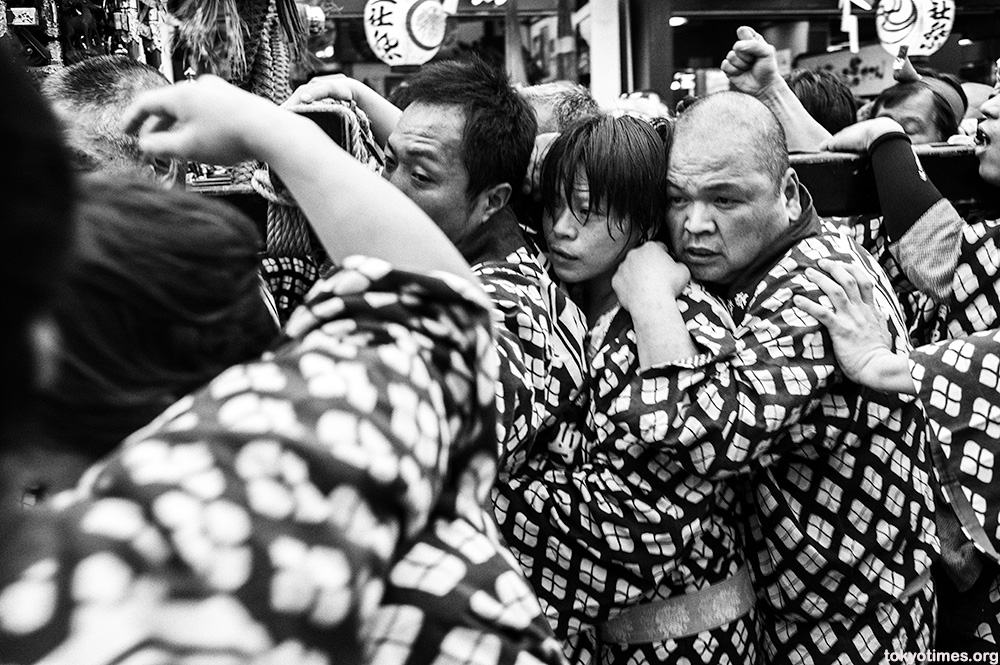 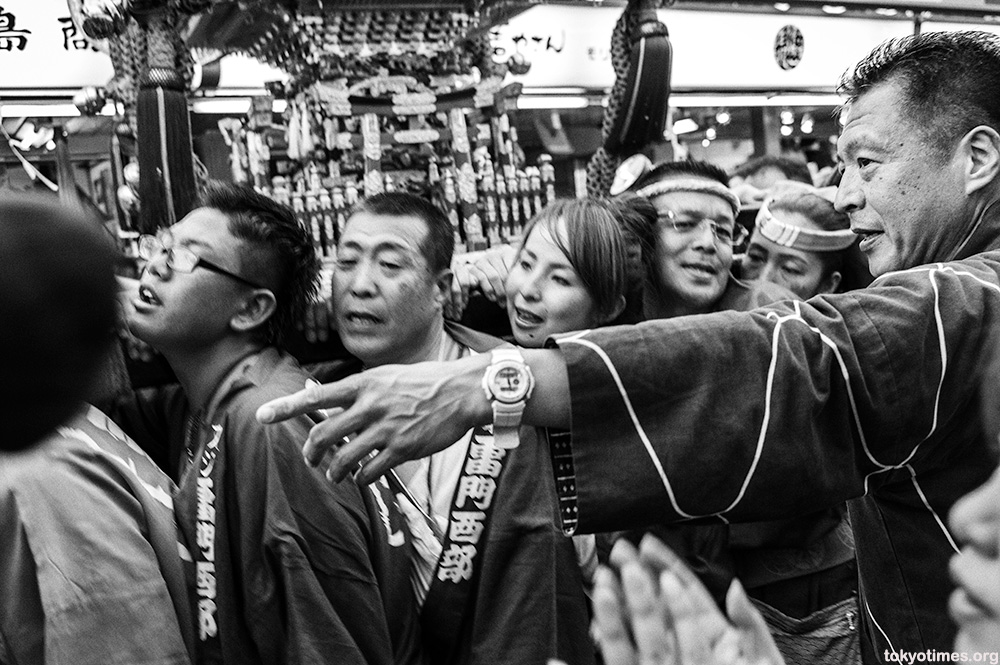 The only real change being the faces on show — both of those involved, and those not. 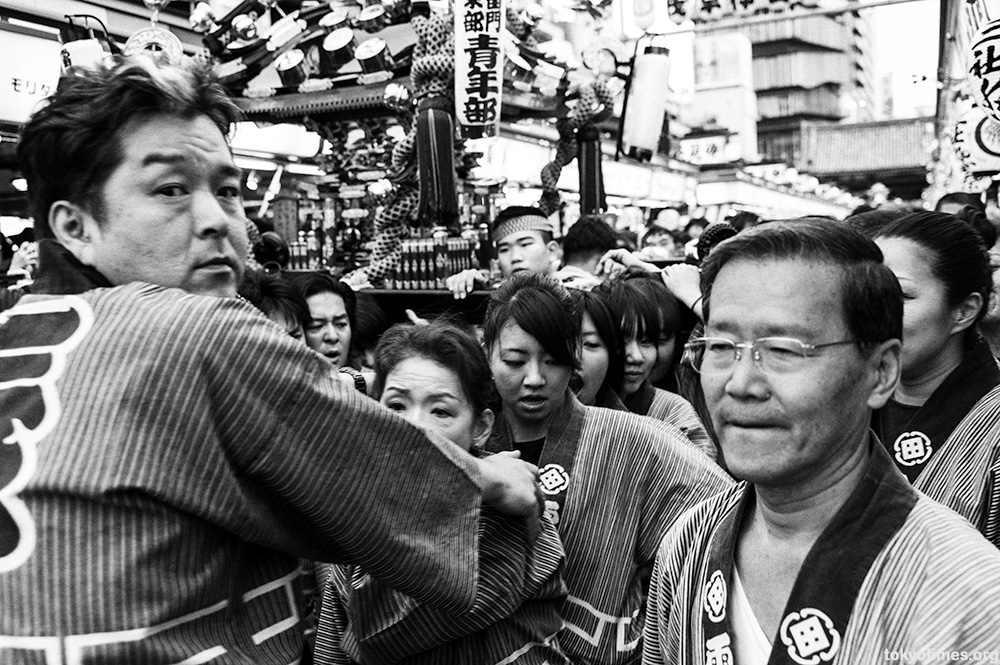