As Japan’s population rapidly ages, traditional Coming of Age Day practices aren’t nearly so noticeable, with the number of those making their move into adulthood this year registering another record low — this time a meagre 1.33 million, which is a paltry 1.04 percent of the population.

However, while the streets yesterday weren’t exactly teeming with former teens in traditional attire, there were still a few bright spots among the vast swathes of silver seniors. The furisode favoured by females in particular offering a considerable amount of colour to the commonplace, 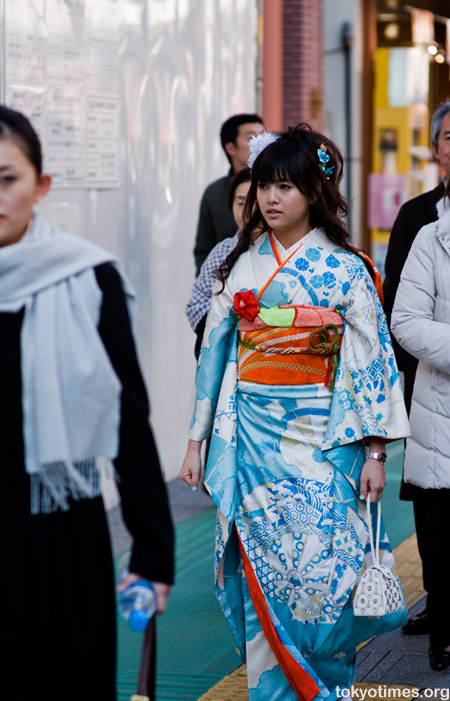 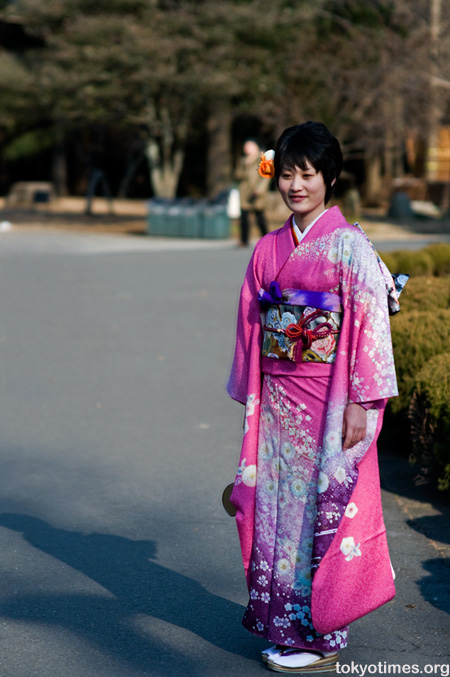 Plus even an excursion to meet family and friends or attend a function added a certain amount of charm to the station. 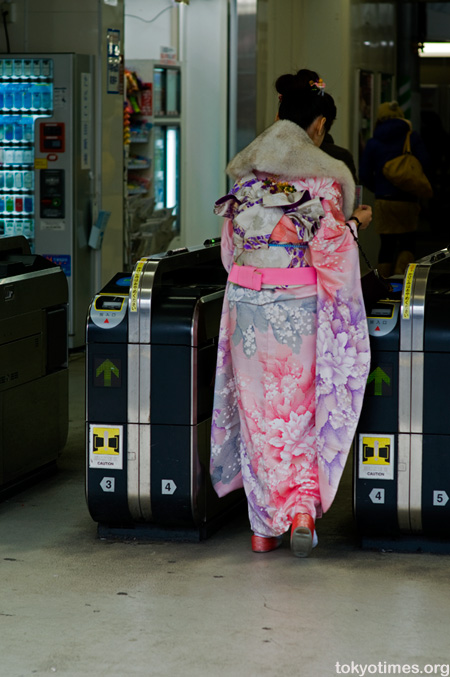 And indeed the street. 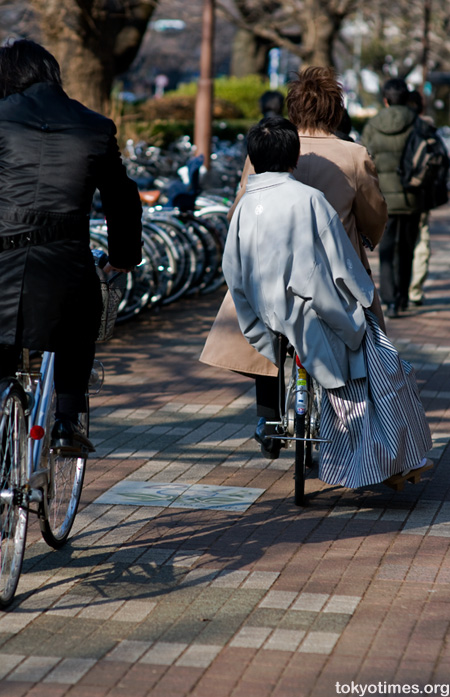