Now entering its third year, Japan’s environmentally conscious yet comically named Cool Biz would appear to be here to stay, with more salary men ditching their suits (or at least ties) to counter the far from comfortable conditions created by air-conditioning set to a considerably un-cool 28 degrees.

In fact, when the campaign first started, the then Prime Minister Junichiro Koizumi was quick to promote the measure by wearing a traditional Okinawan shirt — the wavy-haired one never passing up the chance for more publicity. And not to be outdone, current Japanese leader Shinzo Abe has also opted for some summery wear, donning a similarly styled garment. 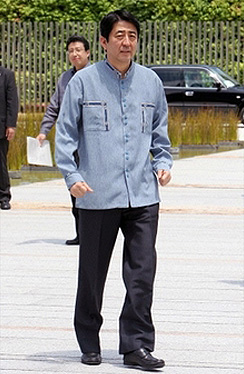 Yet whilst many Japanese workers still remain reluctant to relinquish their trusty tie, those perhaps more prone to perspiration have welcomed the concept — one salary man in particular following the Prime Ministerial penchant for traditional clothing; but instead of a shirt he has perhaps unexpectedly plumped for the far looser loincloth. 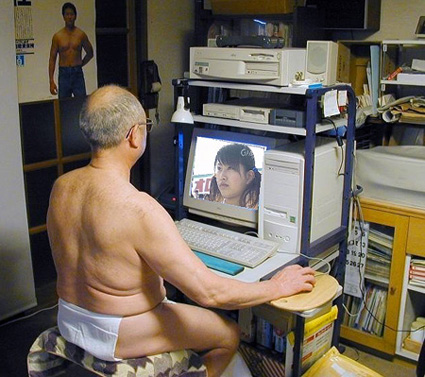 An outfit — or indeed a lack of one — that might be just about ok in a small women-free workplace; however going out for lunch must garner more than a few glances. 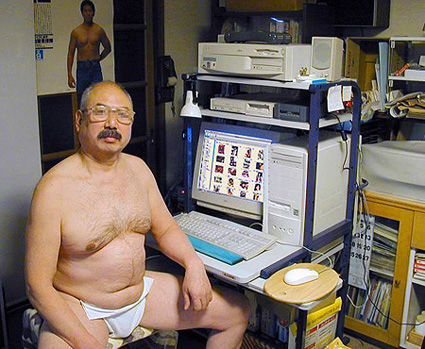