Early Saturday morning a convenience store was robbed at knifepoint, with the perpetrator getting away with 100,000 yen (about 500 pounds). But this wasn’t your average run-of-the-mill robbery, as the knife wielding thief was a transvestite dressed only in stockings and a camisole.

Police said the incident occurred at 4:30 a.m., and described the suspect as 180 cm tall, in his 30’s or 40’s, and sporting a shoulder length black wig. He was also wearing make-up, although despite this his five o’clock shadow was said to be clearly visible.

In some respects though you could argue that the thief was pretty smart. As to evade detection, all he needs to do is get a different wig, a new dress, and change his make-up a bit. Probably having a shave would be a good idea too! 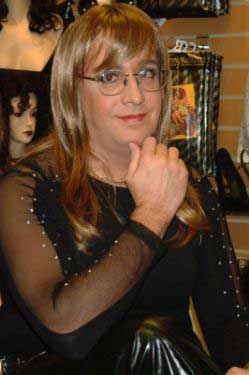