Crime in Japan is undoubtedly on the rise, although when considering the situations in a copious amount of other countries, Japan is still comparatively safe — incredibly so on most counts. However, while many feel that the media is exaggerating the figures in a bid to increase suspicion, or some say even sales, the recent doubling of the misdemeanours perpetrated by pensioners is a fact. And, with Japan’s ever-growing number of elderly, it’s not unfeasible to think that the country could soon be festoon with not so fast on their feet, but at the same time still fearsome, felons.

A situation that the cops and, erm, Coca Cola have quickly tried to correct with this fairly recent camera and phone equipped contraption; providing those in danger with both a drink and a direct line to a detective. 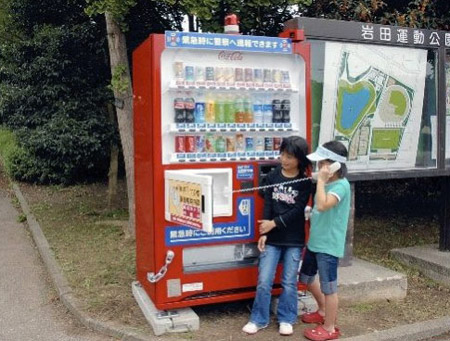 A device that may well be ideal in certain circumstances, along with giving parents a false sense of security, 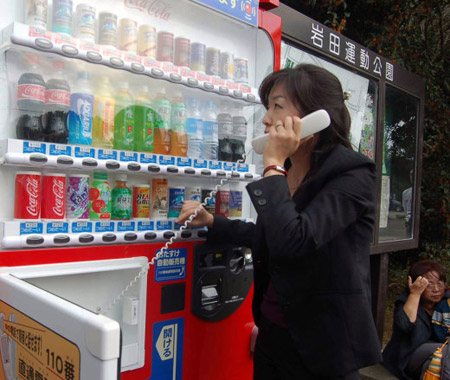 but in a land where furtive fiddles and fetishes are far from infrequent, teenagers in tartan are also being trained in the ancient art of axe wielding. 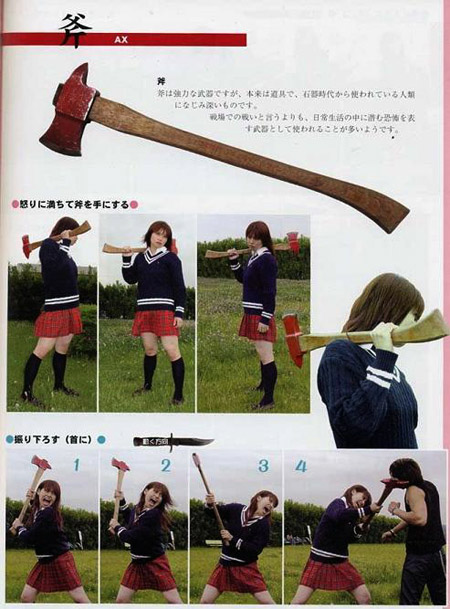