With land in the Japanese capital both lacking and ludicrously priced, architects often have to conjure up designs to deal with such difficulties. Issues that on the whole do appear to get dealt with, just with decidedly varying degrees of success that’s all.

As, while living in a space that is confined or unconventional isn’t necessarily too uncomfortable, dealing with a front door that calls for climbing skills might be considerably less accommodating. 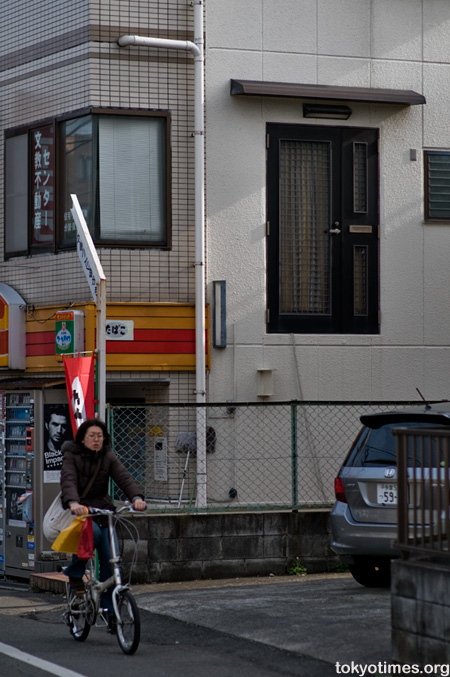 A problem probably only added to by the presumably perpetual whinging of postal workers.